Not a day goes by without some sort of turmoil in the South China Sea. Let’s cut to the chase: war is not about to break out.

In a nutshell, the non-stop drama, as ASEAN (Association of Southeast Asian Nations) diplomats told me, is all about “escalation-management protocols.” Translation: how to prevent any unilateral outburst that could be interpreted as warlike.
Compounding the problem is that ASEAN can’t seem to manage its own internal protocols. This past Tuesday offered a graphic illustration, after a special ASEAN-China Foreign Ministers’ meeting in Yuxi. First ASEAN issued a communiqué. Then it
retracted it. As much as that reflects internal dissent among the 10 nation group, it also happens to puncture the Pentagon myth of China’s “isolation”.

Meanwhile, a D-Day is approaching; the ruling, by the Permanent Court of Arbitration in The Hague, on a territorial dispute brought by the Philippines in 2013. The ruling should come by late July or early August. Even if – as expected – it goes against Beijing that still should not be reason to install an insurmountable ASEAN-China divide.

Connie Rahakundini, president of the Indonesian Institute for Maritime Studies (IIMS), framed the question for Xinhua. There is an ‘ASEAN plus’ mechanism already in place – which is a sort of debate forum including China. And ASEAN is also establishing a code of conduct to prevent unilateral moves.

The problem with the case in The Hague is that the Philippines did not try to solve it bilaterally; off the record, ASEAN diplomats admit that would be the only solution.

So no wonder Beijing decided not to be a part of the arbitration procedure, and preemptively rejects whatever ruling (which is non-binding anyway), insisting the court has no jurisdiction. The Philippines case is about territorial sovereignty and maritime delimitation; these are subject to general international law, not the United Nations Convention on the Law of the Sea (UNCLOS).

At the recent Shangri-La dialogue, Beijing once again detailed its complex strategy in the South China Sea. PLA Major General Yunzhu Yao stressed that freedom of navigation for commercial ships in the South China Sea has not been challenged and would never be challenged. And she hit the heart of the matter; the US has not ratified UNCLOS, so it’s in no position to impose its interpretation of the treaty on any nation, in Asia or beyond.

Compare it to Rahkundini, speaking for ASEAN as a whole: “The United States actually has nothing to do in the South China Sea; moreover it does not ratify the UNCLOS. So it is not appropriate for the United States to meddle or, even worse, demonstrate military might there. The United States has to be wiser and fairer to see the ongoing dispute in the South China Sea.”
Everyone knows this is not going to happen. On the contrary; the Obama administration and the Pentagon are engaged in all out meddling, deploying “freedom of navigation” operations. For his part new Filipino president Rodrigo Duterte very well knows that the arbitration, at best, might give him a better bargaining stance. But still he will have to negotiate with China. And Beijing knows exactly what Manila needs to soften the pill; massive Chinese investment.

Both China and the Philippines, as well as Vietnam, are signatories of UNCLOS. But steeped as it is in history, Beijing also stands by its 9-dash line map, with sovereign claims that reach as far as the Vietnamese coast and along Borneo. And yet even the Chinese map as well as the drive towards an aerial defense identification zone does not mean Beijing wants to imperil freedom of navigation in the South China Sea – as Washington insists. This is all about positioning.

International law does not specifically forbid reclamation at sea. What China is applying is a quite audacious, self-described “blue soil” strategy. Vietnam, Malaysia and even the Philippines had been carrying out reclamation in the South China Sea for a while. China arrived later, but in full force – building airstrips, lighthouses, garrisons in neglected or abandoned islets in the Spratlys and the Paracels. Once again, this is all about energy; to harness an astonishing unexplored wealth of 10 billion barrels of oil and 30 trillion cubic meters of natural gas.

In its search for energy, Beijing is focusing a significant part of its strategy on areas already identified, for instance, by PetroVietnam. And it’s using a game-changer: the HYSY 981 mobile deepwater drilling rig, which the chairman of CNOOC, Wang Yilin, describes as a “strategic weapon” that is part of China’s “mobile national sovereignty”.

President Xi Jinping has emphasized over and over again that China will not militarize any reclaimed land. Yet the Pentagon’s insistence on those innocuous “freedom of navigation” operations coupled with USAF overflights can only be interpreted as provocations leading to further militarization.

The Pentagon has never been accused of being geopolitically savvy. Their planners after all fail – or prefer to fail – to see that China’s island building, in the long run, is all about finding enough oil and gas to perform an “escape from Malacca”, a central plank of Beijing’s energy strategy. Beijing would rather have enough energy closer to home, in the South China Sea, than having its fleet of tankers at the mercy of the US Navy crossing the Strait of Malacca non-stop.

No one knows how the removal of the US weapons sale embargo on Vietnam will result in practice. In Southeast Asian cooperation terms, it might be useful to observe the actions of Singapore – that trade/services hub doubling as a US aircraft carrier parked by the Strait of Malacca. Singapore happens to perform a superb balancing act between Washington and Beijing. Russia, by the way, is also officially neutral on all matters South China Sea.

China is the top trading partner of the overwhelming majority of Southeast Asia and Northeast Asia nations. It is a prominent member of the East Asia Summit. It is driving its own, Asian-based response to the Obama administration’s Trans-Pacific Partnership (TPP) pet project; the Regional Comprehensive Economic Partnership (RCEP).

What this all means is that the notion of an “isolated” China does not even qualify as a bad joke told at a stuffy Council on Foreign Relations meeting.

And that brings us back to what happens after the arbitration in The Hague. Something very Asian; Beijing and Manila will sit down again and try to reach a deal, without ever bothering to refer to the ruling. Face will be saved on both sides. China will continue to go mobile – in search of all that oil and gas.

And count on the Pentagon to continue its meddling.

Between a rock and a hard (South China) place 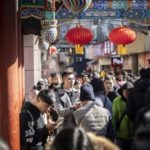