Bill O’Reilly on Brexit Motive: In Parts of London, You’re Not Really in England, You’re in Pakistan 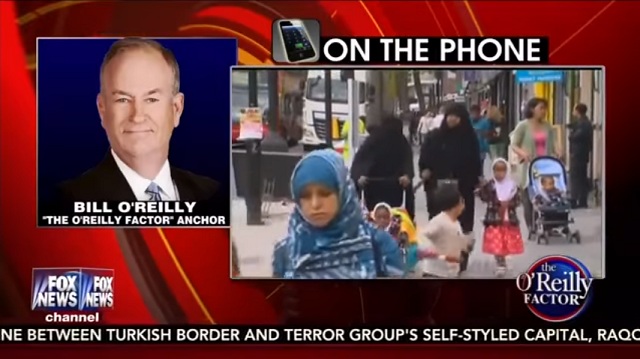 Bill O’Reilly said Brexit was about British people saying they’ve had “enough” of open borders and mass immigration. “If you go to parts of London, you’re not really in England — you’re in Pakistan, or you’re in the Middle East, or you’re in the West Indies,” O’Reilly said. “Everybody knows this.” “I think that with the open borders EU policy where anybody can go anywhere at any time, the English people said, ‘You know what — enough.’ ‘We’re not feeling comfortable with being overwhelmed and we are feeling under siege.'” “That’s what they’re voting on, I don’t think it was economic, I think it was about immigration.” Watch the clip from tonight’s O’Reilly Factor with guest host Eric Bolling: