31,000 troops, tanks and jets from 24 countries begin the largest war game exercise in eastern Europe since the Cold War in response to Russian aggression

By Alex Matthews For Mailonline
Published: 22:48 GMT, 6 June 2016 | Updated: 08:56 GMT, 7 June 2016
NATO has deployed 31,000 troops and hundreds of tanks and jets to take part in the biggest war game exercise in eastern Europe since the Cold War as it responds to Russian aggression.
The two-week long Anaconda manoeuvres, involving soldiers from 24 NATO and former-Soviet ‘Partnership for Peace’ states including Ukraine, have been held biannually across Poland since 2006.
Some 1,000 British troops will be joined by 14,000 from the U.S and 12,000 from Poland for the exercises involving around 3,000 vehicles, 105 planes and 12 naval vessels. 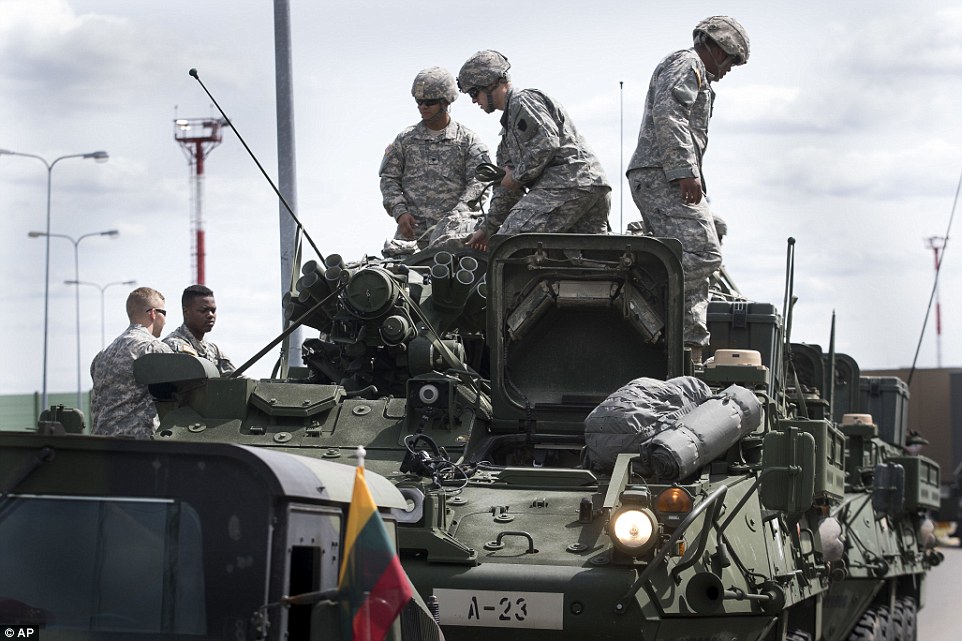 Some 1,000 British troops will be joined by 14,000 from the U.S and 12,000 from Poland for the exercises and pictured, U.S troops from the Pennsylvania National Guard arrive at Vilnius airport in Lithuania 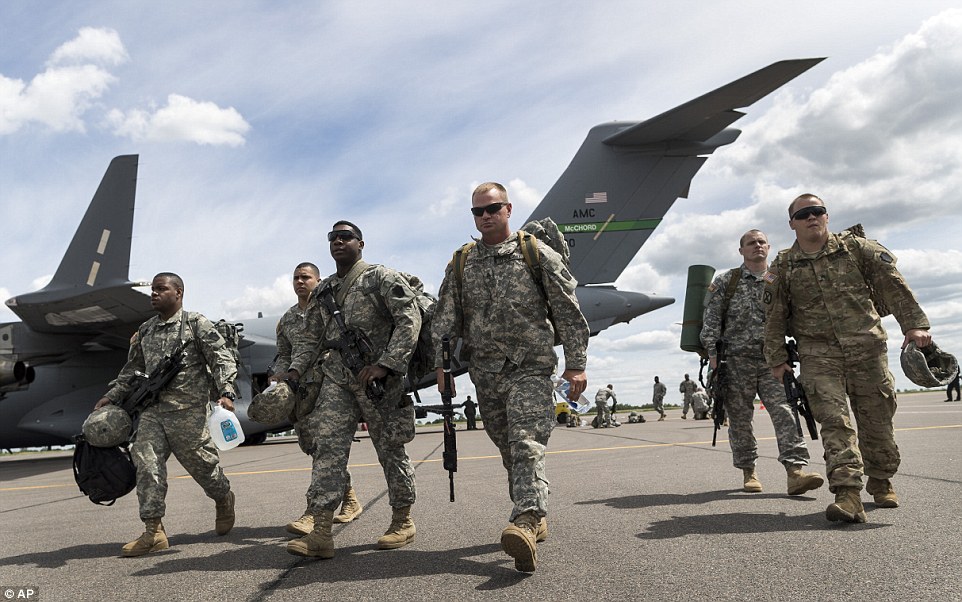 U.S Army Chief of Staff Mark Milley explained the American presence ‘demonstrates that we are shoulder to shoulder with the Polish people’ and that the exercises would ‘improve our collective readiness’. Pictured, U.S Pennsylvania National Guard troops land in Lithuania 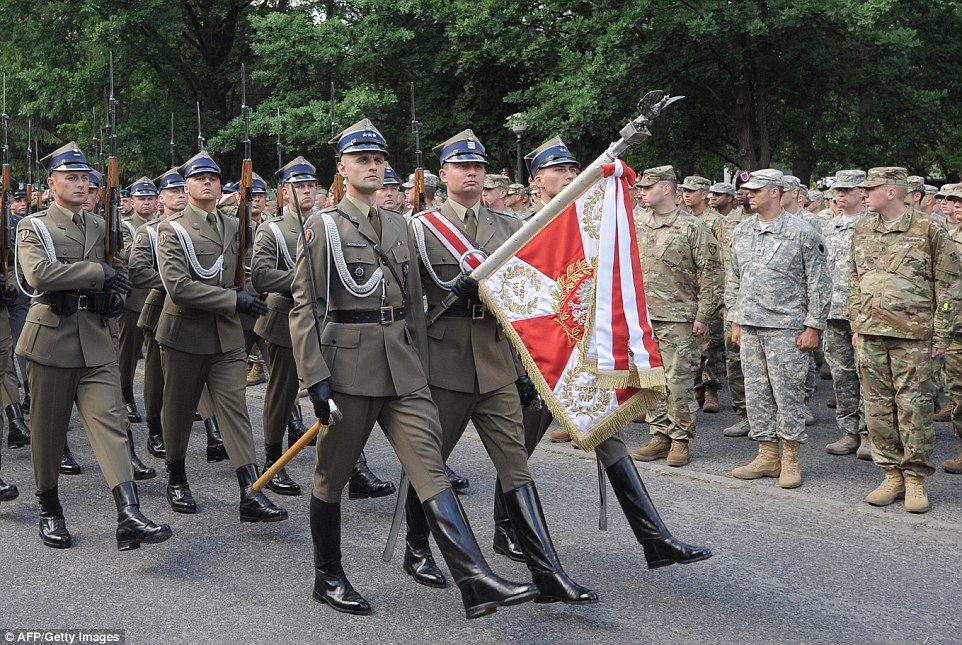 Pictured, a Polish honour guard march during the opening ceremony of the the Anaconda exercises in the Warsaw district of Rembertow 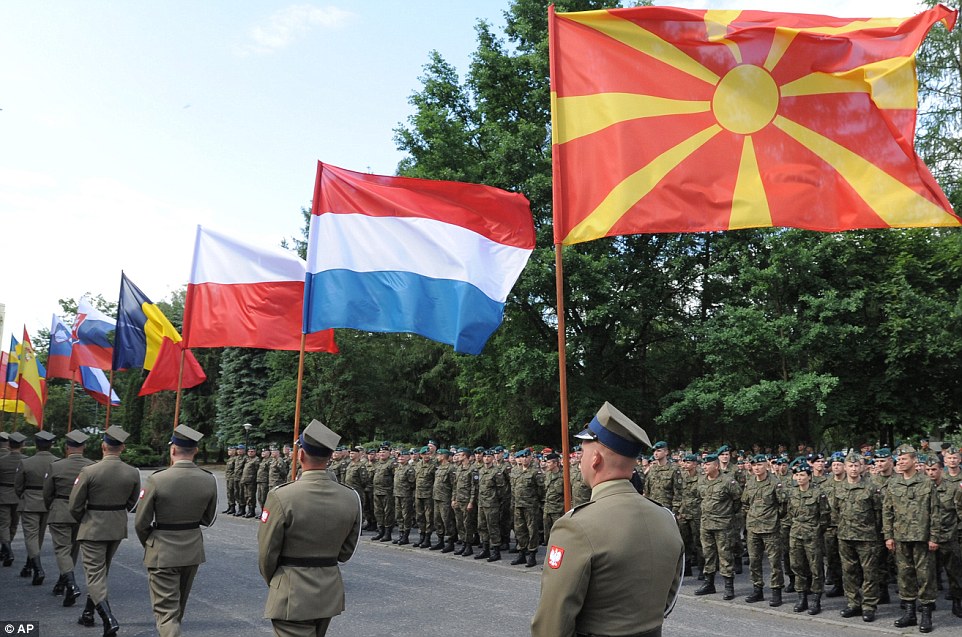 Pictured, Polish soldiers march holding the flags those countries taking part in the Anaconda exercises during the opening ceremony 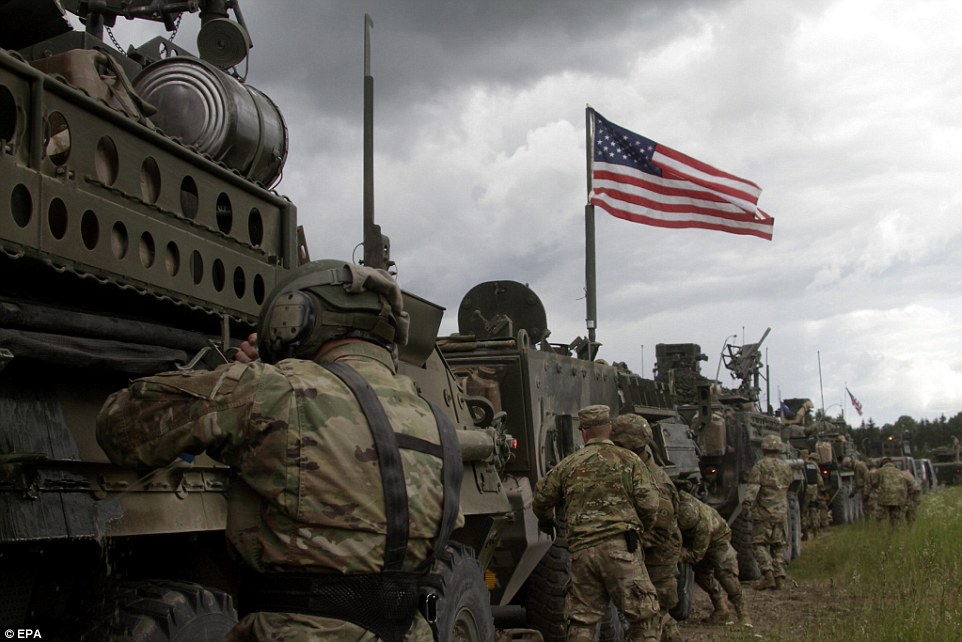