France to Send Artillery to Iraq in Fight Against ISIL

French president announces plan to send artillery, but no ground troops, to combat ISIL in Iraq in August.

French President Francois Hollande has said that France will send heavy artillery to Iraq to support the fight against the Islamic State of Iraq and the Levant (ISIL). Hollande announced the plan on Friday, saying the artillery equipment “will be in place next month”. Ground forces will not be deployed in the country, Hollande said, following a high-level security meeting in Paris, his fourth since the ISIL-claimed lorry attack in Nice on July 14, which killed 84 people.

The president also reiterated that the French aircraft carrier Charles De Gaulle would be deployed in the region in late September to help in ongoing operations against ISIL, also known as ISIS. An aide to the president told the AFP news agency that France would also send military advisors to train Iraqi forces in using the artillery. France’s air force is currently participating in strikes against ISIL as a part of US-led operations in Syria and Iraq.

Elsewhere, protests erupted in Libya’s capital, Tripoli, on Thursday following confirmation by Hollande that French special forces are operating in the country and that three French officers had been killed in a helicopter crash in eastern Libya while an intelligence-gathering mission.

It was the first official confirmation that members of France’s special forces were engaged in operations in the North African country. Al-Sadeq al-Ghariyani, an ultraconservative Libyan cleric, denounced France’s involvement as “foreign invasion” and protesters called for attack on French business interests in the country. Libya’s UN-backed government in Tripoli also condemned France’s military action in the country. After the 2011 ousting of Muammar Gaddafi by NATO-backed rebels, Libya slid into chaos and years later, it split into two governments and parliaments – each backed by a loose array of militias and tribes.

Ebb and Flow of Iran’s Influence in Iraq 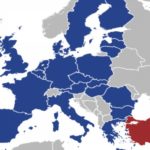 Pressure for Sanctions Against Turkey Increases as Tensions with Greece Grow

There Are Serious Limitations to an Egyptian Military Intervention in Libya 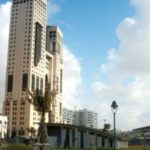 Time Is Not on Our Side in Libya 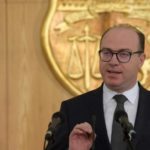 US-NATO Seek to Exclude Russia from the Mediterranean