July 4, 2016
Lord Rothschild has urged the British public to steer clear of a Brexit vote and remain part of the European Union, in a threatening open letter for The Times.

Rothschild, says in his letter that the UK public should not “risk the wellbeing of our country”, pointing out that European countries are “better of together”.
Investmentweek.co.uk reports:
Rothschild, who chairs the RIT Capital Partners investment trust, refers to his family businesses which originated with five brothers setting up the “first truly international banking system,” operating from London, Paris, Vienna, Naples and Frankfurt at the end of the 18th century.
He said: “The brothers, working together to exchange information and ideas, built an extraordinary business that operated across boundaries and cultures.
“150 years later, the foundation of the EEC operated on similar principles, namely that we are stronger and better off together.”
Rothschild also alludes to a number of major independent institutions, including the IMF, OECD and the Bank of England, all of which have warned against leaving the EU as it would cause the UK economy to suffer.

The OECD have said UK GDP could fall more than 3% in the case of a Brexit and believes the UK’s “economic dynamism and productivity” would suffer.
Commenting on political and foreign policy, Rothschild said we live in a time when “international order based on co-operation is crucial to prosperity and security”.
He added: “At present we enjoy being a permanent member of the UN security council and we are essential to the G8 and Commonwealth. But diplomacy, defence, the environment and our values of being a liberal democracy will all be at risk.”
He also pointed out that a vote to leave the EU would increase the risk of Scotland calling for another referendum and the future of the UK as a coherent entity will be at stake.
“I can see no good reason why we should accept our playing a diminished role on the world stage,” he said. 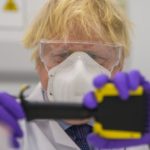 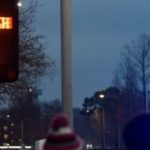 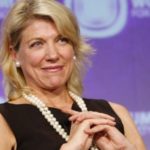 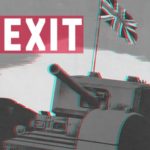