The IDF says it has attacked a Syrian Army launch site near Israel’s border in the Golan Heights, after a Syrian mortar landed inside Israeli territory. The initial incident produced no casualties or damage, according to Israeli media.

Israel believes that the mortar, which landed next to a minefield, was not aimed at its land, but nonetheless dispatched aircraft to neutralize the source of the firing. In accordance with its policy, Israel holds Damascus responsible for any overspill from its internal conflict, and considers any rockets that breach the border a direct attack. IDF planes have made dozens of such sorties since the outbreak of the Syrian conflict in 2011.

By my count, #Israel has now struck 30 times into #Syria against the pro-#Assad coalition without even a shot being fired against her.

While the majority of the Golan Heights have been in Israeli possession since it won the Six-Day War in 1967, the Syrian side of the border has been a focal point for fighting between the Syrian government and the Al Nusra Front, a militant Islamist organization.

Israeli media has also reported that anti-Israel group Hezbollah is exploiting the chaos to establish its own positions, which could then be used to bombard the sparsely-settled area that lies next to the border.

The previous night, the IDF hit up to 50 targets in Gaza after an aimed shell landed near a house in the Jewish town of Sderot.

[youtube https://www.youtube.com/watch?v=MWNaAyckADo]
The strikes were aimed at the territory’s various anti-Israel militias including Hamas, Islamic Jihad and the Popular Front for the Liberation of Palestine, although responsibility for the mortar was taken by a small, radical Salafist group, Ahfad al-Sahaba.

The ground and air assault targeted military infrastructure, though Palestinian media said that two people were hurt, and a water tower was destroyed in the strikes.

What do you do after you’ve agreed to sell $110 billion worth of weaponry to the Saudis, (who are currently bombing Yemen), threatened Iran, and attacked Syria? Answer: You go to the Vatican and pose as Mahatma Gandhi. That’s what US President Donald Trump has done this week. If anything you’ve got to admire the… 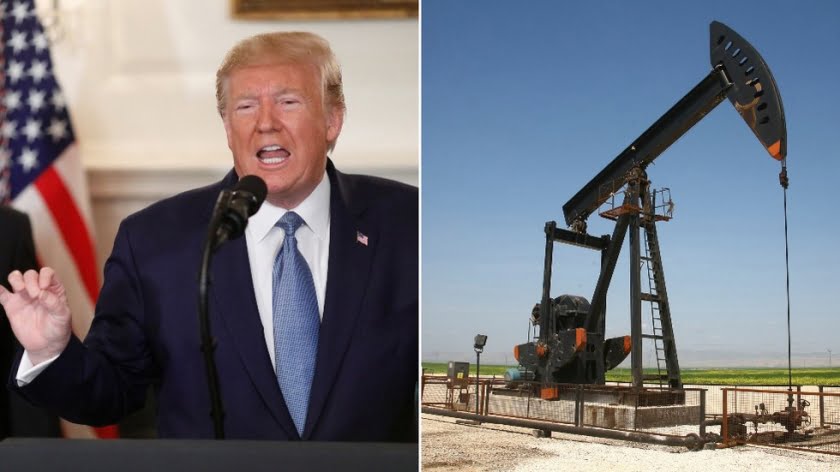 US President Donald Trump’s baffling comments about keeping some troops in Syria to “secure the oil” suggest a confused, contradictory – and ultimately self-defeating – policy. Earlier this month, Trump appeared to have used the impending Turkish invasion to deftly cut the Gordian knot of US presence in Syria, citing it as a pretext for…

The U.S. submarine captain says, “We’ve all got to die one day, some sooner and some later. The trouble always has been that you’re never ready, because you don’t know when it’s coming. Well, now we do know and there’s nothing to be done about it.” He says he will be dead by September. It…

The individuals who seized power after the military coup in Bolivia don’t constitute a so-called “interim government” because the radical policy changes that they’ve implemented since then go far and beyond simply presiding over the state until new elections are held later this year in May. *** The Hybrid War on Bolivia that overthrew democratically…