Another war to involve the US and its allies is looming in the Middle East. Libya appears to be heading toward a military confrontation between forces loyal to the UN-sponsored Government of National Agreement (GNA) and the Libyan National Army (LNA) headed by General Khalifa Haftar.

On September 12, the US and its major European allies – France, Germany, Italy, Spain, and the United Kingdom – condemned the LNA offensive against a string of oil ports in eastern Libya, raising fears of a major outbreak of fresh violence in the chaos-ridden country. As a result of the offensive, Haftar has established control over most of Libya’s oil with the ports of Ras Lanuf, Es Sidra, and Zueitina seized by his forces.

The advance into Libya’s “oil crescent” is the first time his forces have come into direct conflict with GNA supporters since the unity government started work in Tripoli in March. The assault on the ports came as pro-GNA forces, including oil installation guards, have been battling for months to oust the Islamic State (IS) from the coastal city of Sirte.

The major Western powers believe that the oil terminals should be administered by the UN-backed, Tripoli-based Government of National Accord (GNA).

Haftar has been named a military commander by a rival, parallel authority based in eastern Libya – the House of Representatives (HoR), the parliament seated in Tobruk, and the government headed by Abdullah al-Thinni seated in al-Bayda. Backed Egypt and the UAE, the well-trained and equipped LNA forces control large parts of the eastern part of the country.

The seizure of the ports deals a heavy blow to the unity government, depriving it of a key source of income. The prospect of Haftar-led forces obtaining a stranglehold on Libya’s main export has raised renewed fears of a permanent east-west split or civil war. The GNA can ask for external help.

UN Security Council Resolution 2278 “condemns attempts to illicitly export crude oil from Libya, including by parallel institutions which are not acting under the authority of the Government of National Accord” and sets up a mechanism by which the GNA can ask for external help in enforcing this rule.

The oil can only be sold legally by the National Oil Company (NOC). Haftar’s forces said they would hand over management of the ports to the NOC to resume exports. The NOC is split into two rival branches, however, one allied to the GNA and the other to the administration that Haftar supports. Oil is Libya’s main natural resource with reserves estimated at 48 billion barrels, the largest in Africa. Since the war started in 2010, the production has plummeted. In late July, the GNA agreed to resume oil exports out of Ras Lanuf and Al-Sidra – which together have a capacity of 700,000 bpd – after a months-long closure following jihadist attacks.

It should be noted that the US Special Forces and drones have been operating in the country for a long time. On August 1, the Air Force launched the operation dubbed Operation Odyssey Lightning. The “2001 Authorization for the Use of Military Force” (AUMF) was used for legal justification for the President’s decision to intervene. But the authorization (Public Law 107-40) limits the president to use force only against “those nations, organizations, or persons he determines planned, authorized, committed, or aided the terrorist attacks that occurred on September 11, 2001“.

The Islamic State group did not exist those days. The US Constitution ascribes to Congress the sole authority to declare wars. The 1973 War Powers Resolution restrains the administration’s ability to independently wage war. According to the document, “President in every possible instance shall consult with Congress before introducing United States Armed Forces into hostilities“.

It specifically states the appropriation of funds does not constitute approval for the use of force. It makes the US operations in Libya illegal even if the Congress approves the expenditure. They also breach international law. The United Nations Security Council (UNSC) must approve any foreign military intervention to combat Islamic State in the North African state. Despite the disastrous consequences of the 2011intervention launched in violation of domestic and international law, the US administration has once again used force in Libya without permission from the Congress and the UN.

The military operation in Libya gives the US a more prominent role in war-torn Libya and opens a new front less than five months before President Obama leaves office. Libya is now the fourth country – including Afghanistan, Iraq and Syria – in which the US military is targeting Islamic State militants from the air. Despite the fact that the US attacks IS targets at the request of the GNA, many Libyans view the attacks as a foreign intervention.

The government is still not recognized as a legitimate government by many powerful eastern tribes and rival governments that control substantial parts of Libya: the General National Congress and the self-declared National Salvation Government in Tobruk controlled by General Khalifa Haftar, who opposes meddling in Libyan affairs from outside. The very need for intervention in Libya is a result of the 2011 NATO operation going beyond the UN resolution to overthrow the government and plunge the country into chaos. According to the US president, it was a mistake. Now it looks like the mistake is going to be repeated again.

In Libya, a UN-supported international operation would be much more efficient than a unilateral action undertaken by the US and its allies. With all the differences to cause tensions in the relations between Russia and the West, in Libya, as well as in Syria, they face a common enemy – the IS. Despite all the snags on the way, Russia and the West coordinate their activities in Syria to give a chance to the UN-sponsored process. Russia and the US have just reached an agreement on cooperation. They can do it in Libya too. Libya is the place where Russia and the West could join forces and cooperate in the fight against the common enemy. Under the circumstances, Moscow is in the position to effectively mediate as it enjoys good relations with General Haftar who visited Moscow this summer.

Moscow also has close relationship with Egypt and good working relations with the UAE and the Libyan rival governments.

The Rome international conference on Libya, held in December 2015, was a start of the peace making process that should be revived to bring together the pertinent actors.

A UN-sponsored negotiation process can be launched to work out terms for peaceful transition. True, today Libya is in a rough place and needs nearly complete rebuilding, not only at a social and political level, but also in terms of infrastructure. Although it’s been in decline for years, the exploitation of oil and gas in Libya has enormous potential. A larger military intervention by the US-led coalition could spoil the things to drag the country into a drawn-out conflict. Instead, a multinational effort based on international law could stabilize the country and do away with the very causes that make it a breeding ground for Islamic terrorism. 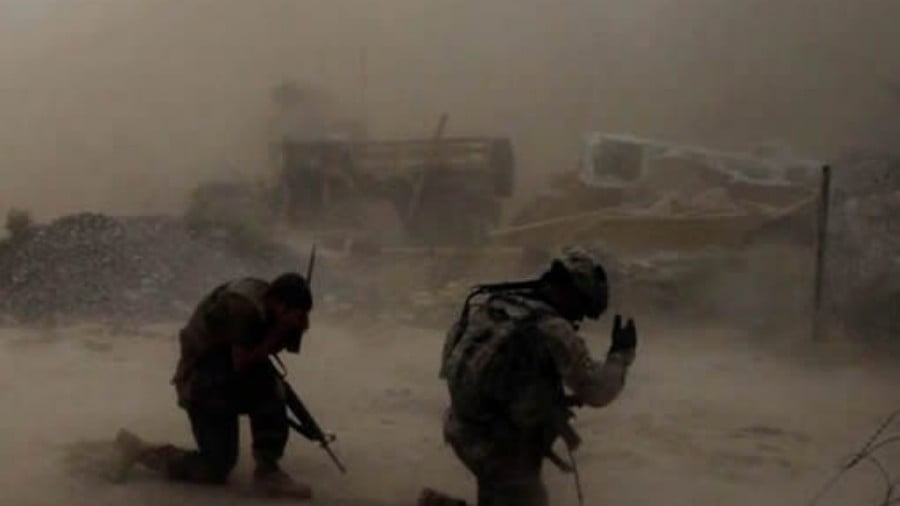 We expect 17-year-olds to have learned a great deal starting from infancy, and yet full-grown adults have proven incapable of knowing anything about Afghanistan during the course of 17 years of U.S.-NATO war. Despite war famously being the means of Americans learning geography, few can even identify Afghanistan on a map. What else have we… 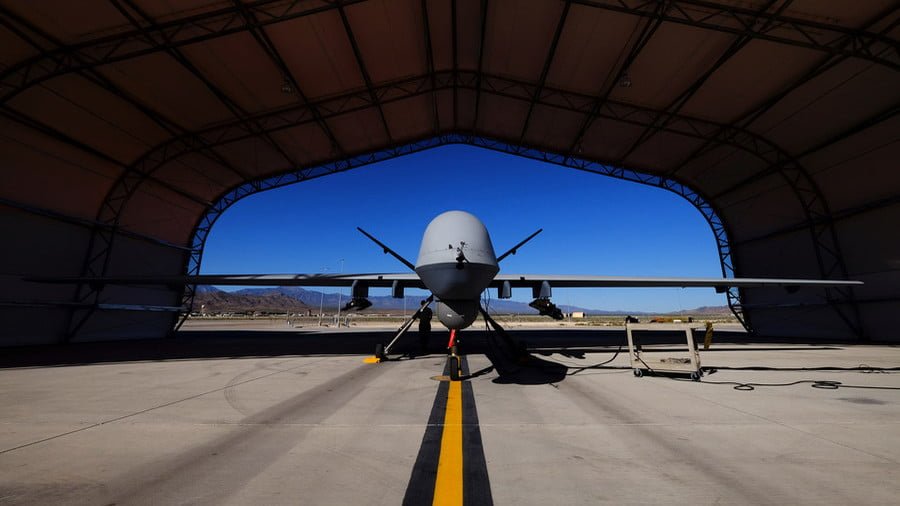 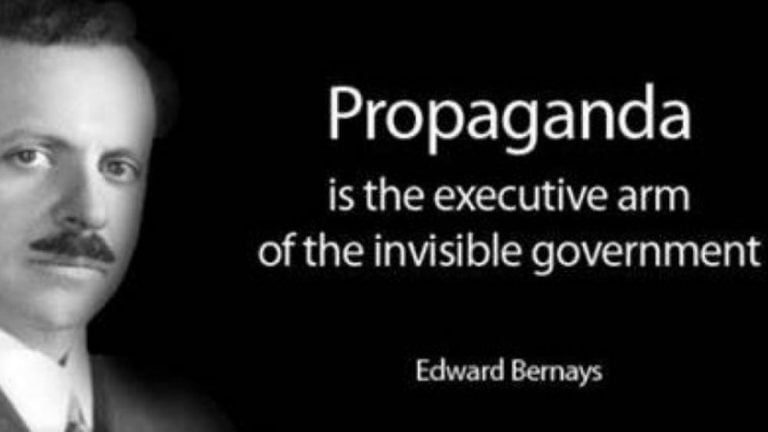 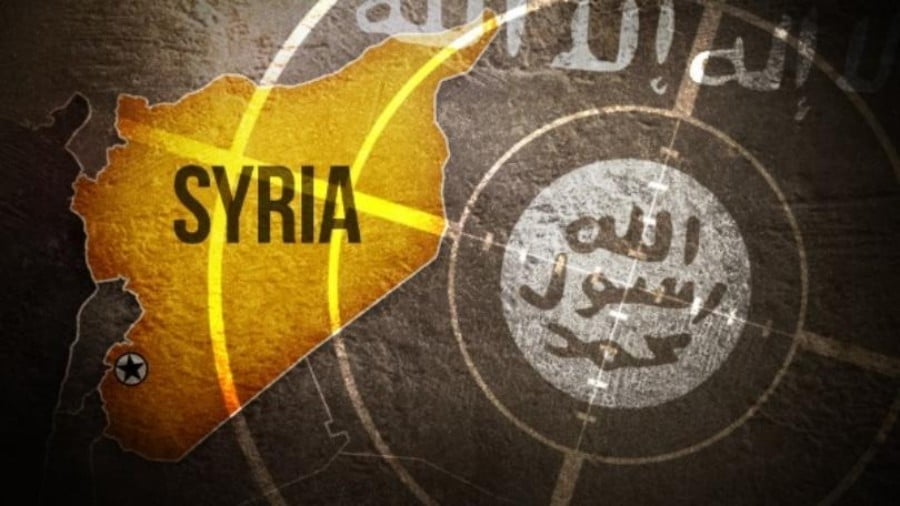 For all the weeping and wailing of the mainstream media regarding East Ghouta and the hysteria over civilians in the terrorist-held areas being killed as a result of the operations to liberate the area, there is scarcely even scant mention of the civilians undeniably being targeted in Damascus by East Ghouta-based terrorists. While Russia and…