The US has resolved to prevent the fall of Aleppo and is preparing to allow its Gulf allies to flood the city with shoulder-fired, anti-aircraft missiles, according to a source with close contacts to rebel forces.

The Reuters news agency this week reported anonymous US officials as saying that the recent intense bombardment of Syria’s second city had “heightened” the possibility of the Obama administration lifting a long-held ban by allowing Qatar and Saudi Arabia to arm rebels with man-portable missiles.

A source on Tuesday told Middle East Eye that the US had confirmed it would allow the two Gulf states to begin shipments.

“The US confirmed the green light to begin sending them to rebels through supply routes still open through Jordan and Turkey,” the source said. “Rebels are being told only to target Syrian helicopters, not Russian – but it’s not clear they will abide by this.

“The US won’t let Aleppo fall. We can expect to see Syrian helicopters falling from the sky within weeks.”

However, the source warned that such an escalation could provoke regional blowback – suggesting Iran, an ally of the Syrian government, would respond by shipping similar missiles to Houthi rebels fighting a Saudi-led coalition in Yemen.

The report comes amid the launch of a mass ground attack on the rebel-held eastern areas of Aleppo, and almost a week of intense bombardment that has killed hundreds of civilians after the failure of a ceasefire brokered by the US and Russia.

Syrian helicopters continue to use indiscriminate barrel bombs, while Russian and Syrian jets have been accused of dropping incendiary devices, “bunker buster” munitions and “vacuum” bombs on civilian areas”.

On Wednesday, the US state department warned Russia it was considering the suspension of “bilateral engagement” in Syria, “unless Russia takes immediate steps to end the assault on Aleppo and restore the cessation of hostilities”.

One US official, speaking on the condition of anonymity to Reuters, said Washington had kept large numbers of man-portable air defence systems, or Manpads, out of Syria by uniting Western and Arab allies behind channelling training and infantry weapons to moderate opposition groups while it pursued talks with Moscow.

But frustration with Washington has intensified, raising the possibility that Gulf allies or Turkey will no longer continue to follow the US lead or will turn a blind eye to wealthy individuals looking to supply Manpads to opposition groups.

“The Saudis have always thought that the way to get the Russians to back off is what worked in Afghanistan 30 years ago – negating their air power by giving Manpads to the mujahideen,” a second US official told the news agency.

“So far, we’ve been able to convince them that the risks of that are much higher today because we’re not dealing with a Soviet Union in retreat, but a Russian leader who’s bent on rebuilding Russian power and less likely to flinch.”

Asked if the US was willing to do anything beyond negotiations to try to stop the violence, State Department spokesman Mark Toner did not outline other steps, but stressed that Washington did not want to see anyone pouring more weapons into the conflict.

“What you would have as a result is just an escalation in what is already horrific fighting,” Toner said. “Things could go from bad to much worse.”

Another administration official, however, said: “The opposition has a right to defend itself and they will not be left defenceless in the face of this indiscriminate bombardment.”

“We don’t believe they will take lightly to the kind of outrages we’ve seen in the last 72 hours,” said the administration official, who added that he would not comment on “the specific capability that might be brought into the fight”.

He declined to elaborate.

Manpads would be an effective counter against the low-flying, relatively slow helicopters often used by the Syrian air force to drop barrel bombs. However, such systems are much less of a threat to fast-moving targets at high altitude, such as the jets leading the recent bombardments.

‘Not a game changer’

Shashank Joshi, a senior research fellow at the Rusi think-tank, said that he did not think the weapons would be a “game-changer” in Syria.

It depends what altitude the planes are flying at,” he said. “Manpads are much more limited than proper surface-to-air missiles, like the kind that shot down the MH-17 passenger airline over Ukraine. Your average Manpad would not be able to reach cruising altitude.

There is evidence that the Syrians and Russians are using ‘dumb bombs,’ mostly unguided weapons – that typically requires you to fly lower than when using precision weapons and so you are more susceptible to being shot down.

“But on the whole I doubt that Russian fixed-wing aircraft would be flying low enough to be at serious risk. The risks are to helicopters and planes taking off and landing.”

“I don’t think the bombing that is taking place in Aleppo is done from such an altitude that would put planes at serious risk. This would be an irritant, a problem to contend with, but not a game-changer.”

Manpads have been used in Syria in limited numbers, but the most notable attack that destroyed a Russian helicopter was carried out with a US-made TOW anti-tank missile in northern Syria. The helicopter had landed and was attempting to recover two pilots whose plane had been shot down by a Turkish jet last November.

The US famously shipped “Stinger” missiles to the Afghan mujahiddeen during their war against the Soviets in the 1980s, a move that has been cited as a “game-changer” in the conflict, but the terrain in Syria and type of warfare being fought is vastly different.

The Soviets often used helicopters for attack missions and troop transport through Afghanistan’s mountainous countryside, and were easy targets for Afghan rebels armed with the missiles.

Their effectiveness in the battle for Aleppo – street-to-street fighting in an urban area – remains to be seen.

There are long-held concerns that the new weapons could fall into the hands of militants with agendas beyond Syria: Manpad systems are a huge threat to commercial aviation during take-off and landing.

The Los Angeles Times reported in May that caches of anti-tank missiles made their way to hard-line factions in Syria after the CIA gave them to select “moderate” allies.

“It only takes one stray Manpad to sneak into Turkey and that would be a very bad thing,” a US official told the newspaper on condition of anonymity.

Joshi, of Rusi, said: “Gulf states and Turkey understand the serious risks involved in supplying Manpads, in some ways they would bear more of the risk than anyone else to civilian and passenger airlines. I think they should be extremely cautious before proceeding with such moves.”

By Graeme Baker and Alex MacDonald 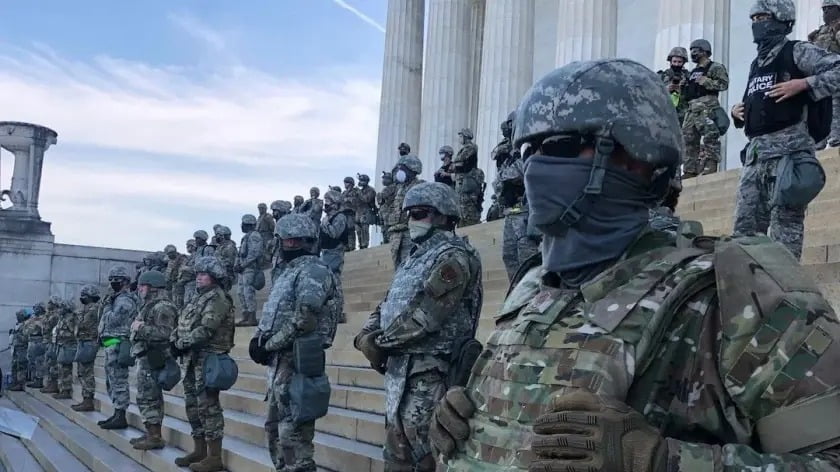 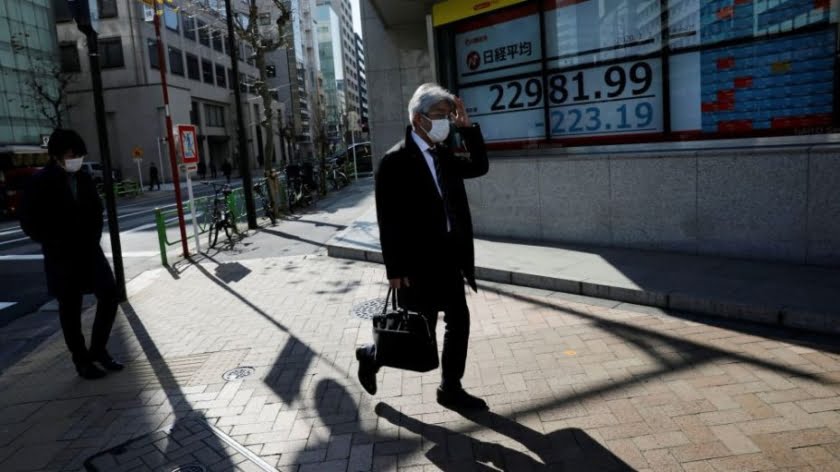 The coronavirus story has generated a number of major subplots. First is the origin of the virus. Did it occur naturally or was it created in a Chinese, American or Israeli weapons lab? If bioengineered, did it somehow escape or was it deliberately released? As the governments that might have been involved in the process… 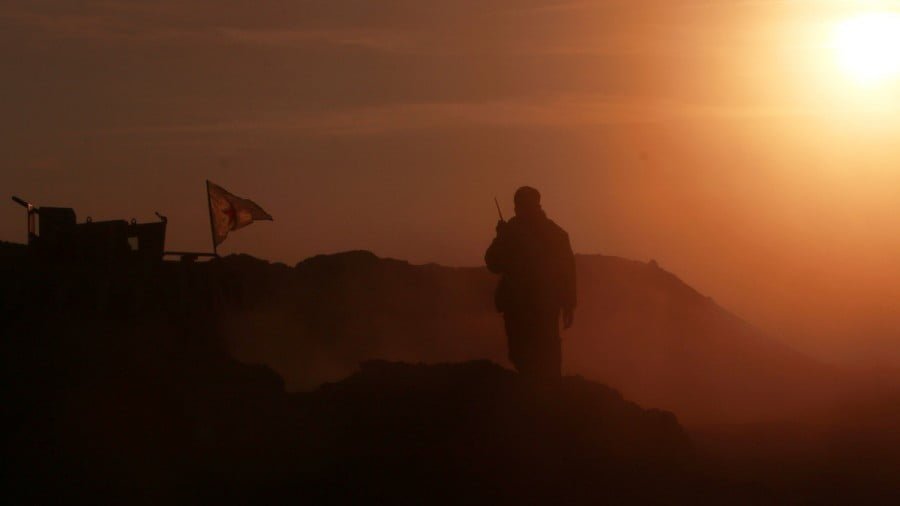 As President Trump muses periodically about a prompt withdrawal of U.S. troops from Syria, he confronts warnings, including from his own foreign-policy advisers, that such a move would risk the onset of greater chaos in that country. He has responded with suggestions that an Arab stabilization force supplement and gradually replace U.S. troops to forestall that danger. However,… 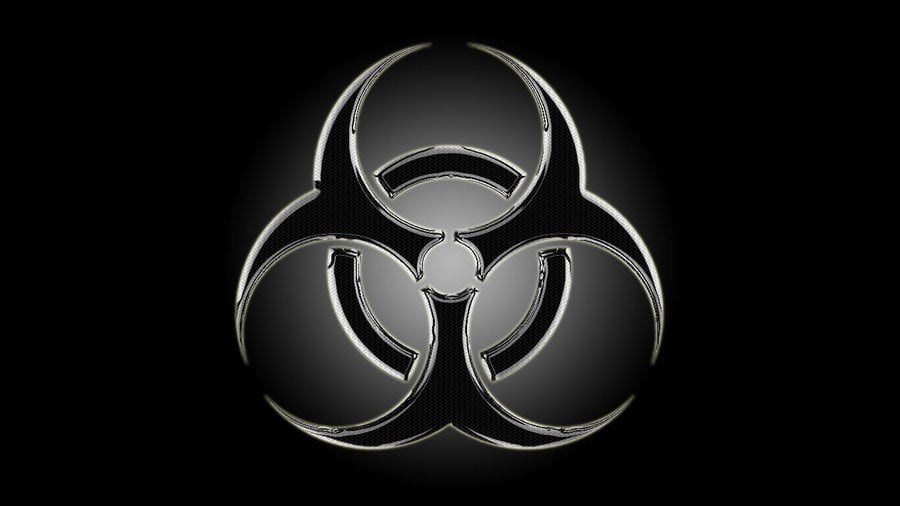 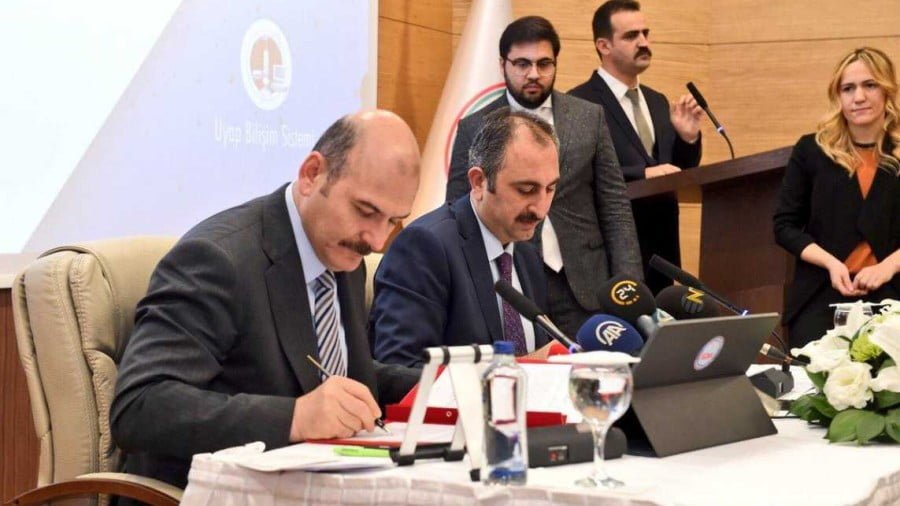 This is something unheard of. A NATO country has imposed personal sanctions on senior officials of another member of the bloc! The White House has announced that the US Treasury Department is imposing sanctions on two Turkish officials, Minister of Justice Abdulhamit Gul and Minister of Interior Suleyman Soylu, because of what has happened to Andrew Craig…