Americans are sleepwalking into World War III, and as events in Syria are shaping up it could come any moment as the biggest October surprise ever. At this stage in the conflict, we are one minor event away from all out war between the world’s major super powers, an event which would most certainly result in nuclear war. All that is needed is for the right type of false flag event to serve as provocation.

“In naval warfare, a “false flag” refers to an attack where a vessel flies a flag other than their true battle flag before engaging their enemy. It is a trick, designed to deceive the enemy about the true nature and origin of an attack.” [Source]

As the world pretends to be ruled by democratically elected governments, and as the world’s people feign freedom under an ever-expanding surveillance, police and warfare state, some semblance of pretext is needed in order to manufacture sufficient consent for the oligarchy’s standing plans of forcing us into expansion of the Orwellian Permanent War.

A brief look at how this tactic has historically been used helps to predict what is certainly forthcoming in Syria, as paraphrased from James Corbett of the Corbett Report.

1780’s – The Swedish-Russian War of 1788-1790 began when Swedish troops were intentionally dressed up as Russian troops then sent to attack their own border with Finland, effectively tricking the public into believing Russia had attacked, thereby kicking off a war will killed thousands.

1931 – The Japanese army deliberately destroyed a portion of a Japanese owned railway, then blamed it on Chinese dissidents to justify the military occupation of Manchuria.

1939 – Nazi war engineers dressed up Polish prisoners in Polish military uniforms and directed them to attack a German radio station. They prisoners were shot dead and their bodies left on the scene as evidence of Polish aggression, leading to Hitler’s invasion of Poland, signifying the official start of World War II.

1954 – Operation Susannah was an Israeli effort to convince the British military to continue their military presence in the Suez Canal, in support of Israeli interests. Egyptian patsies were hired to detonate bombs in American and British civilian targets, then blamed on the Muslim Brotherhood.

1962 – “In 1962 the US Joint Chiefs of Staff authored a document called Operation Northwoods calling for the US government to stage a series of fake attacks, including the shooting down of military or civilian US aircraft, the destruction of a US ship, sniper attacks in Washington, and other atrocities, to blame on the Cubans as an excuse for launching an invasion. President Kennedy refused to sign off on the plan and was killed in Dallas the next year.” [Source]

1964 – A U.S. destroyer patrolling the Gulf of Tonkin was attacked by torpedoes, ostensibly by the North Vietnamese, thereby causing President Johnson the authorization of the Gulf of Tonkin Resolution, thus beginning U.S. military involvement in Vietnam. It is now known that no attack actually occurred and that the NSA was involved in fabricating this event.

1967 – “In June 1967 the Israelis attacked the USS Liberty, a US Navy technical research ship, off the coast of Egypt. The ship was strafed relentlessly for hours in an apparent attempt to blame the attack on Egypt and draw the Americans into the Six Day War, but amazingly the crew managed to keep it afloat. In 2007 newly released NSA intercepts confirmed that the Israelis knew they were attacking an American ship, not an Egyptian ship as their cover story has maintained.” [Source]

1999 – A series of devastating bombings on civilian apartment buildings in Russia were blamed on Chechen terrorists, although Russian FSB agents were later caught using the exact same type of bombs in what was publicly called a security exercise.

2001 – The 9/11 attacks in New York and Washington were blamed on 19 Al Qaeda terrorists and immediately used the pretext for beginning the Global War on Terror, of which the political doctrine for this was already in place and in play. 15 years later, information about the true nature of the attacks is still surfacing, proving that the 9/11 Commission was a whitewash to help catalyze public support still ongoing wars which were planned prior to 9/11.

“Further, the process of transformation [of the military], even if it brings revolutionary change, is likely to be a long one, absent some catastrophic and catalyzing event––like a new Pearl Harbor.” –[Source]

Furthermore, other examples of historical significance demonstrate how minor or ambiguous events are seized on and deliberately used as propaganda to achieve the greater objective of drawing nations into war.

1904 – The sinking of the British ocean liner The Lusitania off the coast of Ireland, which was carrying tons of war materials from America, was blamed on German u-boats, leading to a severe diplomatic row which brought the United States into World War I. Speculation remains as to what exactly happened to the Lusitania, however, the official explanation is highly suspicious, and the event was used to achieve the objectives of war financiers to broaden the conflict.

1933 – A German parliamentary building in the Reichstag was set ablaze one month after Hitler’s election to the office of Chancellor. It is believed that three Bulgarian communists were to blame, however this is contentious among historians. The event was heavily propagandized by the Nazi party to galvanize support for war.

One can also include in this list an ever-growing growing handful of European and American domestic terror attacks such as the London bombings of 2005, and the Bataclan theatre massacre of Paris in 2015. To further expand on the historical precedent of using false flag attacks to propel agendas of state aggression, many instances of assassination and military intervention into the politics of sovereign nations around the world in order create consent for militarism could be included.

As the U.S. continues to aid and support ISIS, Al-Nusra and other terrorist organizations in its ploy to overthrow the Assad government for the primary benefit of Israel, a false flag event signaling the beginning of a direct confrontation with Russia could come at any time. At present it looks as though the most likely scenario would be something along the lines of the USS Liberty attack, which would involve the deliberate targeting of our own forces while creating the perception of a Russian attack on U.S. or NATO components.

The situation in Syria is ripe for exactly this kind of covert, subversive tactic.  There is historical precedence to suggest that a Syrian false flag event is imminent, therefore people the world over must prepare to resist and to survive this. 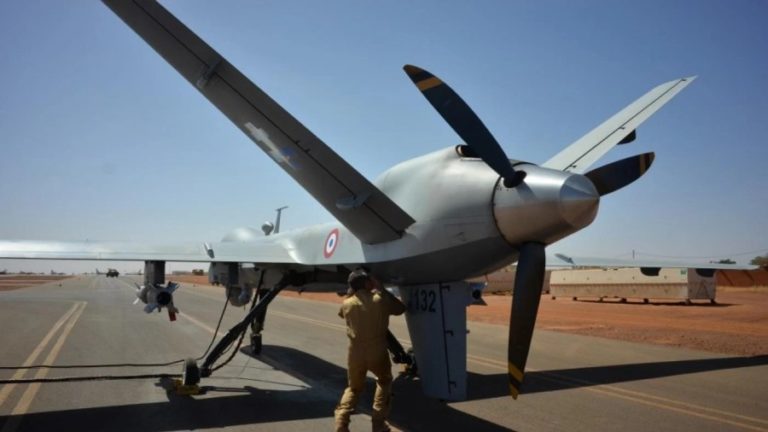 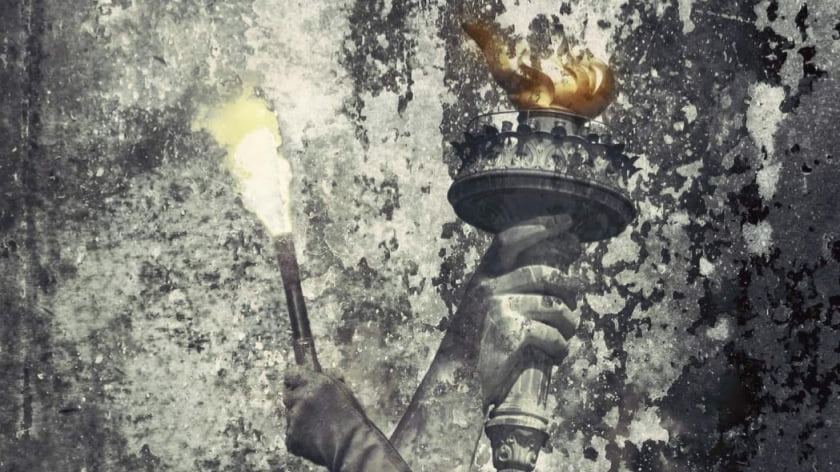 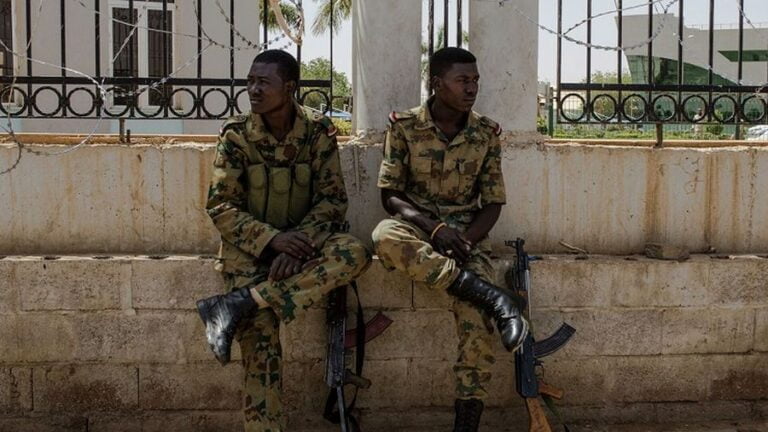 While the world waits for Boris Johnson to be sacked and Emanuel Macron to be consumed by self-inflicted love bites, it is distracting itself with the events in Sudan. Not because anyone cares about the country or its people, but because it is a useful flag-waving exercise. Military coup! Democracy violated! Turmoil in Africa! Protesters… 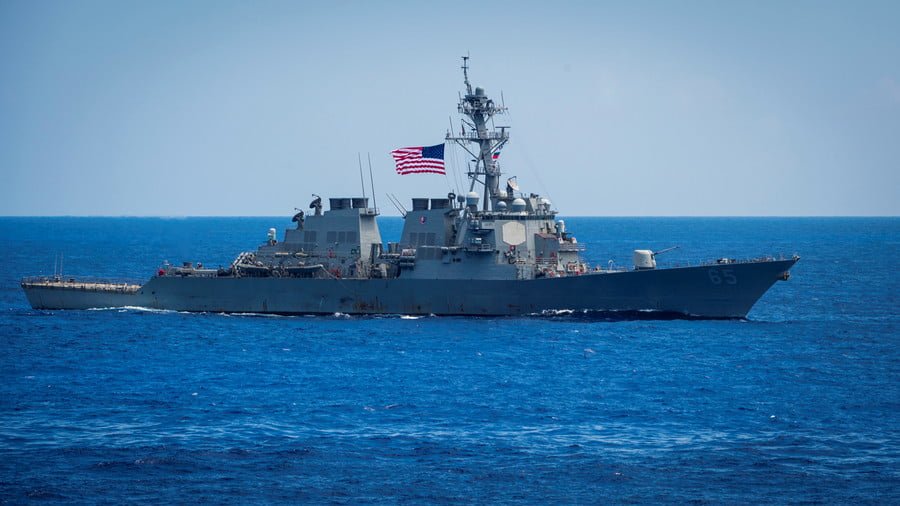 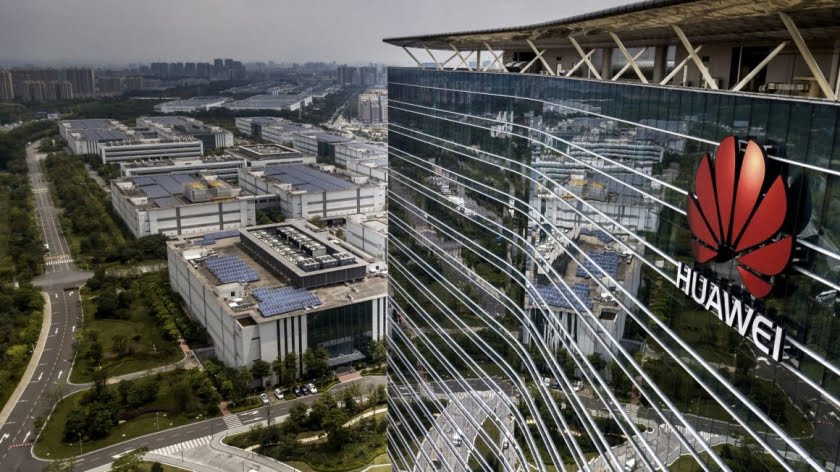 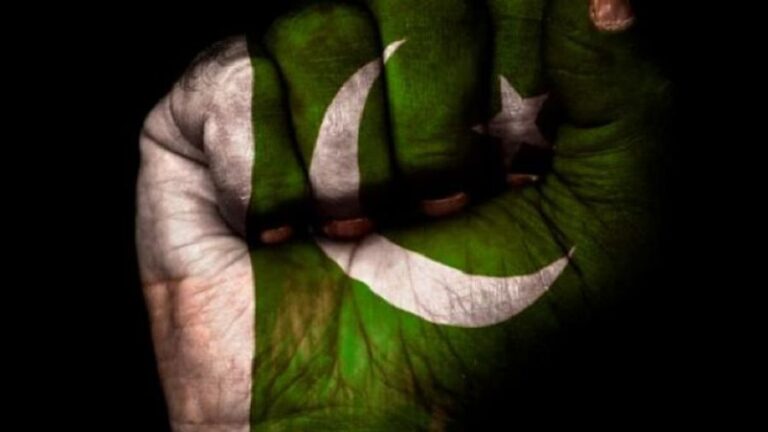 The US-led West quite clearly took Pakistan for granted and continued to condescendingly view the country as their ‘junior partner’ or even still as their ‘vassal state’, which is why so many of their envoys in Islamabad unsuccessfully demanded that it publicly condemn Russia despite that undermining the South Asian state’s national interests. Pakistani Prime…