India has started constructing underground bunkers along its frontier with Pakistan in Kashmir in the past two weeks, amid growing fears the nuclear-armed rivals are preparing for a major escalation in conflict.

The fortification work comes as troops on the Indian side told the Telegraph that cross-border gunfire in northern Kashmir now occurs “every night”.

Work on the bunkers began after a deadly militant attack on India’s Uri army base in north Kashmir on September 18, which killed 19 soldiers and provoked massive public anger in India.

New Delhi blamed the attack on Pakistan-backed militants, and responded in public by launching so-called “surgical strikes” across the border into the part of Kashmir controlled by Pakistan.

But a visit by the Telegraph to a military checkpoint near Uri in Indian-controlled Kashmir revealed the country’s army has quietly but decisively bolstered its fortifications along the “Line of Control”.

The timing of the new fortifications indicate India’s military either planned or expected an increase in hostilities more than a week before launching its “surgical strikes” last Thursday.

At the remote border outpost, Indian troops from the 116th Infantry Brigade said exchanges of fire at night have already grown so intense and frequent since the Uri attack on September 18 that “snap shots” are fired across the Line of Control every night.

“They shoot every time they see us. They shoot on sight. If we see movement we shoot. We fire snap shots back. Every night they fire at us and we fire at them,” said the soldiers, who asked not to be named.

The men who previously slept in flimsy canvas tents have constructed a series of stone-and-cement-walled bunkers, measuring approximately six by ten feet, to provide protection against small arms fire, they said.

The bunkers provide essential cover, especially at some points along the border where, due to the contours of the Himalayan valley, “no man’s land” is reduced to a thin slither.

Men shoot at each other under cover of darkness from as close as 10 metres apart.

One newly constructed bunker was visible through a closed army gate blocking the road to a village near Uri.

Soldiers would not allow photography, but confirmed more had been built nearby.

Residents of the village, which lies outside India’s border fence but remains on the Indian side of the Line of Control (LoC), said the road leading to their homes had only two or three bunkers before the Uri attack took place, but now has as many as 50, many of which extend underground.

Given the scale of construction along one single stretch of road adjacent to the LoC, it is likely India has constructed hundreds of such bunkers across the frontier in just the past fortnight.

An Indian army spokesman declined to comment on the matter.

It comes amid increasingly war-like rhetoric between the two nuclear-armed rivals.

“If our safety is threatened, we will annihilate them,” he said of India.

“For one tooth, the complete jaw. Days of so-called strategic restraint are over,” he said.

On Tuesday, Indian army officials warned that the frontier was “live”.

KK Sharma, head of India’s border security force, told reporters: “We are having active engagement at the Line of Control and we are receiving shelling from the other side.”

Rudra Chadhuri, a South Asia war studies expert at Kings College London, said discretion over cross-border fire had been handed down to colonels on the ground.

“The difference between this situation and peace time is, in peace time, you’d need some clearance from the top,” he said. “What’s happening now is, there is clearly an order to return each bullet with ten.”

“Creating these bunkers is a sensible thing for the military to do. These are called stopping actions. You’re able to dig down, like trench warfare. They don’t want to be caught unaware or by surprise, if there is an attack from the other side and they’re not able to defend key positions.”

Meanwhile, village elders in other settlements along the Line of Control warned that a resumption of fighting between India and Pakistan – who last fought a localised conflict in Kargil in 1999, but agreed a ceasefire in Kashmir in 2003 – would inflict horrendous damage on their homes, and leave them with no escape route.

“People will die here,” said 80-year-old Haji Abdulla Lone, chairman of Uri town’s market traders. “If war starts, the army will give us no shelter. We will have nothing to eat.

“But this time we will have nowhere to go. Everywhere there is curfew, everywhere is closed. Even if we will die, it’s better to stay in our houses.”

Others in the town urged the international community to intervene before recent skirmishes are allowed to escalate into conflict.

“India and Pakistan must talk. The West can do a big role. You can pressure both countries to solve the Kashmir issue,” said shopkeeper Khurshid Hando, 45. “Everything can be solved.”

The Russian news agency Sputnik has featured a commentary by Moscow-based expert, Andrew Korybko signalling an imminent leap forward in the Kremlin’s strategy toward ties with Pakistan. Unsurprisingly, Sputnik claims that it has nothing to do with the opinions expressed in the commentary, which are the author’s personal opinion, but then, such things do not… 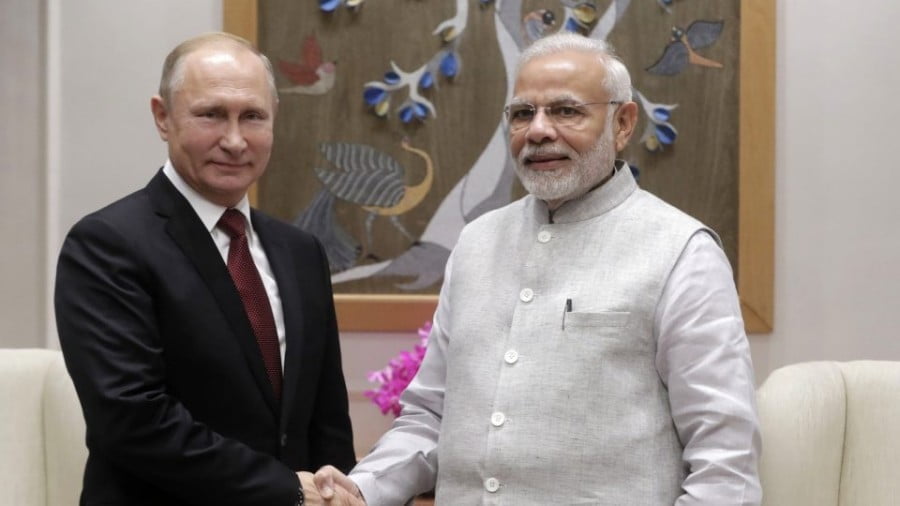 The 2018 India-Russia summit may have turned out to be one for the ages. The stakes superficially centered on whether India would seal the acquisition of five S-400 missile defense systems from Russia for $5.43 billion. The deal was clinched immediately after Indian Prime Minister Narendra Modi and Russian President Vladimir Putin finalized their get-together in… 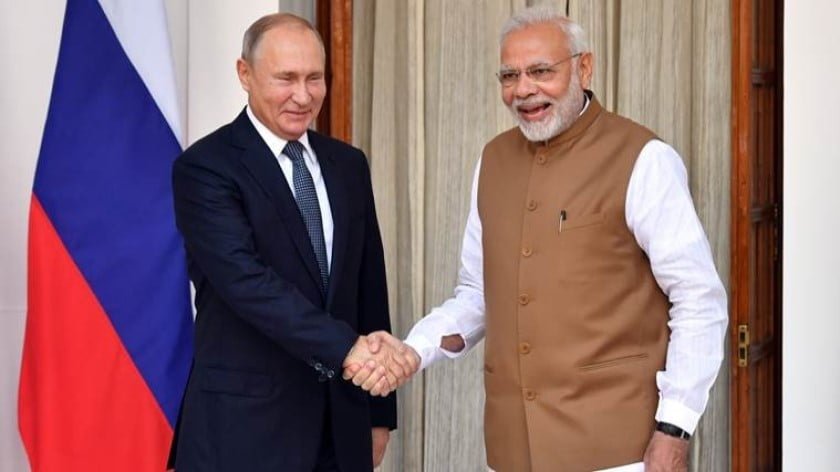 India is planning to host an international investors summit in occupied Kashmir later this year that might realistically attract the attention of Russian businessmen given the comprehensive revival of relations between these two Great Powers as of late, but any stakes that Moscow establishes in this disputed region would make it an indirect party to…