Once Valued More Precious Than Gold, Cinnamon is the Epitome of Natural Medicine

Valued in ancient times as currency and once considered more precious than gold, cinnamon — one of the world’s oldest known spices — has one of the highest antioxidant values of all foods and its use in medicine treats everything from nausea to menstruation and energy to diabetes.

It’s the bark of the cinnamon tree that is dried and rolled into sticks, which is also called quills. The characteristic flavour and aroma of cinnamon comes from a compound in the essential oil of the bark called cinnamonaldehyde.

In traditional Chinese medicine, cinnamon is used for colds, flatulence, nausea, diarrhea, and painful menstrual periods. It’s also believed to improve energy, vitality, and circulation and be particularly useful for people who tend to feel hot in their upper body but have cold feet.

In Ayurvedic medicine, cinnamon is used as a remedy for indigestion, and colds, and it is often recommended for people with the kapha Ayurvedic type.

The popular spice may help prevent and combat diabetes by acting as an insulin substitute for people with type 2 diabetes, according to cellular and molecular research done jointly by the University of California, Santa Barbara, Iowa State University and the U.S. Department of Agriculture.

“Cinnamon itself has insulin-like activity and also can potentiate the activity of insulin. The latter could be quite important in treating those with type 2 diabetes. Cinnamon has a bio-active component that we believe has the potential to prevent or overcome diabetes,” researcher Don Graves said in a prepared statement.

Numerous studies conducted on cinnamon have shown that it can be used as remedy for several maladies:

When it comes to the highest antioxidant values on the ORAC (Oxygen Radical Absorbance Capacity) scale, cinnamon comes in third only lower than clove and sumac. ORAC units or “ORAC score” were developed by the National Institute on Aging in the National Institutes of Health (NIH). While the exact relationship between the ORAC value of a food and its health benefit has not been established, it is believed that foods higher on the ORAC scale will more effectively neutralize free radicals. According to the free-radical theory of aging, this will slow the oxidative processes and free radical damage that can contribute to age-related degeneration and disease.

By Natasha Longo
Natasha Longo has a master’s degree in nutrition and is a certified fitness and nutritional counselor. She has consulted on public health policy and procurement in Canada, Australia, Spain, Ireland, England and Germany.
Source: preventdisease.com 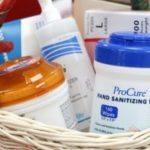 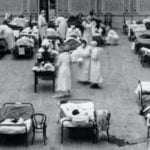 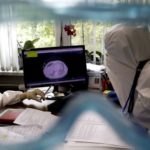