Sexed Up & Dumbed Down: Western Media Fake News on the Rise

As shocking as it may seem to some, fake news is on the increase. It’s cheaper to produce, more effective and often more believable. But it’s not just the Americans who are mastering it. The Europeans are catching up fast.

Many have questioned in recent days CNN anchor Anderson Cooper and his lack of objectivity when cross-examining Donald Trump in the televised one-on-one debate with Hillary Clinton. Yet in reality many Americans saw little problem with CNN being the required unbiased mediator. Personally, given my own experiences with the network that showed me first hand that Atlanta never lets the truth stand in the way of a good story, I found this laughable.

Even less hue and cry was generated when just previous to the claim by the Trump camp about foul play on Cooper’s side, reports emerged of the Pentagon paying a British PR firm over half a million dollars to produce entirely fabricated ‘news’ in Iraq.

It’s as though the American general public, who are so easily cajoled by the clamor of mainstream giants like CNN examining the personal foibles of presidential candidates over their policies, has got so used to fake news. Even recent reports of the Pentagon dropping ‘fake bombs’ in the Nevada desert might go to support a narrative where the empty warheads become real ones in the minds of journalists over time. The Pentagon does, after all, have a lot of money to spend on spin, therefore it is hardly surprising that it crosses lines and simply makes up the news. They couldn’t make up the news though about Major General Ron Lewis who was sacked in 2015 for inappropriately spending government money to pay for strippers and alcohol. That was definitely the real deal.

Aside from the vice of Pentagon officials, there is a lot of fake news out there, most of which is more anodyne than explosive.

When you consider that the vast majority of what you read on social media, which has replaced a lot of bandwidth which CNN and others had previously, is disingenuous at best and completely false at worst, then the incumbents can hardly be blamed for going down the same road, right? In the case of CNN, however, it’s more a case of sloppy journalism and an unhealthy relationship with the Democrats in the US, not to mention the State Department wherever they report around the world, rather than any real need to make up the news. But there are times, in my own personal experience, where I have seen that they have done just that.

In 2011, I was working as a contracted freelancer in Morocco and was asked to help the State Department producer with her ambitions to be taken more seriously as a journalist by her peers – by helping her make a report on the Arab Spring in Morocco. It was a tough job given that she had arrived with an assortment of completely ludicrous clichés, for example, that the King was “clinging on to power” and that Morocco was about to succumb to a wave of Al Qaeda attacks. More difficult was when, during an entirely peaceful Sunday demonstration, I was ordered to “sex up the report” on the event. Speechless, as I looked around at the cheering crowd and somnolent police officers, she bellowed in her New York accent: “Look, Martin, you have to understand that they all do that. Anderson Cooper, Parisa Khosravi sex up their stories when they do foreign reports” and then just laughed.

I had never heard of either of these reporters until then but was stunned by this declaration. It was the last report I was to make with CNN as I was promptly fired within an hour of my ‘producer’ arriving back in Washington, given my resistance to helping her.

More disturbing: Trump apologizes to Serbia for US bombings, abandoning decades of US policy and adopting Russia's. https://t.co/cvgBZanTqj

Her report a few days later had a number of ‘sexed up’ claims in it. But the accusation leveled against two of CNN’s big names, who I contacted later by email to complain about my dismissal, stunned me. Has a line been crossed by mainstream media whereby viewers now are resigned to being entertained rather than informed, by the established disciplines of journalism? How much of CNN’s international reporting is sexed up?

In the case of CNN, the argument to sex up the news is more driven by money. In Lebanon, where I live, I am told proudly by government officials that they paid CNN for a number of publicity films which showed off Lebanon’s attractions and hid its less savory side. But no mention of who pays for what is presented to the viewer, in a legitimate documentary which is presented by CNN journalists. And there does seem to be a remarkably high number of complimentary films cranking up Lebanon as a tourist destination – in a country which some associate with car bombs, 60- meter-high garbage, kidnappings and run by an Iranian-backed Shia militia.

And can countries, by contrast, get investigative reports made – which exposes their appalling human rights abuses – pulled from being aired? Is that also a profitable business? According to one CNN reporter, yes. A hard hitting documentary about Bahrain was never aired on CNN International with no real explanation given by CNN boss Tony Maddox to Amber Lyon why it was pulled. Lyon went on to make a series of incendiary accusations against CNN, one of which included that the Obama administration paid the network to cover particular events and a string of CNN reports were paid for by foreign governments.

Little wonder Anderson Cooper was so hard on Trump during the recent TV ‘debate’.

But neither CNN’s “sexed up” news, its illicit sponsored news or even its pulled news – not to mention the Pentagon’s fake news reports in Iraq – can be said to be the exclusive domain of the US.
Fake news had a hand in Brexit

In fact, some might argue fake news has been around for quite some time in Europe. After working in Brussels for eleven years, I was stunned to see how the unique arrangement the European Commission has with journalists created an incredibly efficient system of planted news stories each day in hundreds of newspapers.

In Brussels, journalists who don’t play by the unwritten rules of constantly pumping out shamefully inaccurate stories about EU events – which have a strong bias towards the EU’s point of view – are side-lined and eventually ostracized from the information pool. Those who don’t write up the EU propaganda in the way Brussels spin doctors want are no longer leaked the confidential papers days before they enter the public domain. Journalists have to earn points in just how much positive spin they give the EU before they are considered for high profile interviews with EU Commissioners, for example. But even those interviews will only be granted on the basis of what EU press officials call “copy approval”. In other words, the EU commission gets the final word on the article before it is published and has the right to make changes before it is sent to the editors.

Such an environment acclimatizes a new journalist who arrives in Brussels to understand that he has to abandon all of his journalist training or morals in order to simply survive and continue to get assignments. And forgive him for turning to many of the news outlets which exist in Brussels exclusively to cover the news from the EU institutions.

I would argue that many of these are fake news outfits which have been set up by former EU officials who have been bankrolled by the European Commission or the Parliament. Forgive him also for turning to the NGO community. The EU bankrolls 150 or so top name charities and NGOs who all will nourish the naive journalist with disingenuous ‘news’ from their prestigious Brussels offices paid for by the Commission. One of these outfits, a pan-European consumer association, even admits publicly to be being on the EU payroll, but typically most don’t.

And so, after a few months, even British journalists unwittingly become part of the EU press team, and can be trusted and dealt with similarly. One leading British title had such a psychophonetic relationship with the EU commission that American journalists often call the press department “DG” followed by the outlet’s name to mock the fact that often journalists working for the Brussels bureau had better information on a given subject – due to access to top level documents – than even European Commission officials, such was the level of absurdity. In 2002, one of its Brussels based correspondents even made the leap and took a job as a bona fide Commission spokesman with barely a raised eyebrow by his contemporaries.

This news report was brought to you by…

But fake news is taken to a whole new level when it comes to broadcast journalists in the Belgian capital. Long before I arrived in 1995, EU officials had discovered that a hugely successful way of both bribing TV journalists to regurgitate EU propaganda and then get them addicted to it, was simply to subsidize their production costs. Working for EuroNews at the time, I was less uncomfortable about this as the chain was so ridiculously pro-EU anyway. But when I witnessed how colleagues from a score of big name networks, even the BBC, had fallen into the trap of sexing up both the importance of EU events and issues, but then also speaking on behalf of the EU – almost like spokespersons – I started to realize just how little news we see across Europe from Brussels is actually genuine.

Over the years this led to a bevy of shamefully spun stories that led the gullible public to believe that the EU gives its citizens, for example, cheaper roaming costs and cheaper air fares; or one particular favorite of mine: how the EU cares about small businesses and creating jobs. All absolute nonsense that stems from years of fake news. Confused? Me too. But what confuses me even more is why the Pentagon didn’t just go to CNN for their fake Iraqi news? Atlanta might have done it for half the cost of the British PR firm.

By Martin Jay
Martin Jay is a veteran foreign correspondent based in Beirut who works on a freelance basis for a number of respected British newspapers as well as Deutsche Welle TV.
Source:rt.com 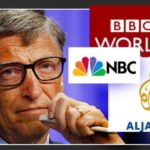 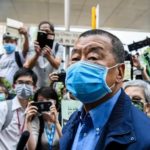 Who is Controlling Greta?

Why is the US Always ‘Stumbling’ or ‘Sliding’ Into War? How the Media Misleads with Language
Media
Mainstream MediaPropaganda