The city of Al-Bab is located in the northern part of the Aleppo Province (about 36km northeast of Aleppo,  about 26km south of border with Turkey), and remains under ISIS control. Its strategic importance increased after Kurdish and SDF forces took Manbij which had served as an important ISIS logistical node for 2.5 years, helping transfer jihadists from Turkey to Syria and back, and also facilitating oil and arms shipments. The Arabic name of the city translates as “the gate” which is entirely reflected by its current importance.

The Kurds want to take Al-Bab to reassemble the fragmented Shahba canton (with a administrative center of Tal Rifaat and Manbij), consolidate the areas they control, and proclaim a Syrian Kurdistan as an independent country or a broad autonomy nominally within the SAR. Turkey is implementing Operation Euphrates Shield, with Turkish Army regular units and the so-called FSA ( Ahrar al-Sham, Sultan Murad Division, Jay Ahrar al-Sham, Sultan Murad Division, Jaysh al-Tahrir, al-Mu’tasim Brigade, Nour al-Din al-Zenki Movement, Descendants of Saladin Brigade, Hamza Division) are advancing on the city from the North with artillery and air support provided by Turkey. Their main current missions are: preventing a Syrian Kurdistan along Turkey’s borders; controlling transport corridors in northern Syria; creating a buffer zone in northern Syria under Turkoman minority control. The Syrian government forces want to return the territory under Damascus control.

These aims are fully transparent. It’s key to note that in the immediate future the SAA cannot effectively fight both Turkish Army and well organized Kurdish forces. From the Turkish perspective, preventing a a Kurdish autonomy or an independent state runs counter to national interest. It would heighten ethnic tensions in Turkey and escalate Turkish Kurds’ armed campaign. Some experts believe that several possible agreement frameworks between Turkey and Syria have already been drafted that would divide northern part of Aleppo province into Turkish and Syrian spheres of influence, while preserving the de jure status quo. Moreover, in spite of its significant military potential and position, Turkey is either ready or forced to negotiate with Damascus as an equal partner.

One can’t forget about the US and its allies. Washington can’t give Turkey ironclad guarantees that the Kurds won’t proclaim a Syrian Kurdistan since it doesn’t fully control the Kurds. The Supreme Kurdish Council (DBK) is split between the Kurdish National Council, which looks to Iraqi Kurds who are pro-US, and the Democratic Union (PYD) which is for broad autonomy within the Syrian state, but against a complete separation. As far as the US is concerned, these US allies are outraged by the de-facto blackmail by Erdogan in order to extract financial aid to Turkey to assist with the refugee situation, and to grant Turkey visa-free travel status. In order to make Erdogan soften his position, or, should that fail, to bring other forces into power in Turkey, the US and its Western partners, with Turkish opposition support, attempted to stage a coup. Aware that the West is not only not ready to aid it in its pursuit of foreign policy goals but actually tried to replace him with someone more pliable, Erdogan was forced to alter his foreign policy course. Which included normalizing relations with Russia. Which met him halfway. Russia is gradually relaxing sanctions introduced after an Su-24 was shot down over Syria. What’s more, in October 2016 the two countries signed an agreement on the Turkish Stream gas pipeline. Turkey, in turn soften its rhetoric toward the Syrian government. As far as Al Bab is concerned, Turkey’s MFA chief Mevlut Chavushoglu officially stated that “Euphrates Shield will proceed all the way to Al Bab, and that the region should be declared a security zone so that people can begin returning.” It is notable that in spite of the city’s importance to Damascus, SAA is not preparing to clear the city of ISIS in the immediate future, in spite of constant speculation among pro-government sources. The most important battle right now is between the Turks, the Kurds, and ISIS.

One must, however, remember Erdogan’s inconstancy, his expansionism, and the general style of Turkey’s foreign policy. Nobody can guarantee that when Al Bab and much of Aleppo province is taken, the Turkish government will not step up its support of militants in other parts of the province, using the FSA and “moderates” as cover. Erdogan is perfectly aware that whoever controls northern Syria influences the entire Middle East. On November 22 he anounced that after taking control of al-Bab, Turkey-led forces are going to liberate Manbij (another important town in the province of Aleppo) from “Kurdish militants”.

That’s why the Syrian government strengthened the defenses of Queiris airbase, which juts out eastward, and placed air defense systems there, including the Russian Pantsir-S.

In recent days, Kurdish YPG were effective on the flanks of advancing Turkish forces: NE of Al Bab, the clashes near Qabasin, S of Azaz fighting near Kafr Kashir. By November 21, the situation around Al Bab itself had changed: the militants launched an attack on the FSA and recovered Qudayran and Qabasin. YPG retook Sheikh Nasir, NW of Al Bab, from the FSA. In spite of their significant numerical and technological superiority, Turkish forces were not hable to enter Al Bab but are instead losing ground. Turkish command clearly overestimated its capabilities, including own units’ morale and the allies’ willingness to sacrifice lives on the battlefield.

FSA-supported Turkish army offensive on Al Bab had run out of steam. This is due to growing Kurdish military activity on Turkish flanks. Moreover, the most experienced and capable FSA forces are operating around Kafr Hamrah and Huraytan, W of Aleppo. Serious losses suffered by Turkish forces and FSA in the fighting against ISIS and Kurds, and the low resilience of the FSA in the face of a determined enemy, greatly complicate the situation. So the Turkish army basically has a choice of taking Al Bab or dealing with the Kurds. Except there aren’t sufficient forces to do either, so the Turks have limited themselves to shelling Kurdish positions. One must keep in mind that Turkish army and FSA could quickly bring up reinforcements using the Al Rai—Al Bab Road. As far as the SAA is concerned, the bulk of its forces in the area is operating under Aleppo. There are indications that if SAA launches an offensive against Al Bab, it would be launched in the direction of Dayr Hafir. That would make it possible to close off ISIS reinforcements, weapons, munitions to Al Bab, and deprive militants in Al Bab of a retreat route.

The above may suggest that there is certain coordination between Kurdish and ISIS commanders against Turkish forces advancing from the north. On the other hand, it’s possible that the Kurds and ISIS are simply trying to fully exploit the three-way conflict. Nevertheless, there is almost no fighting between Kurds and ISIS on Al Bab approaches. There are no indications ISIS units and support structures are being withdrawn from Al Bab. Instead, the clashes between the Turks and Kurds have intensified, after being formally provoked by Turkey when it, through FSA leaders, demanded the Afrin Kurds abandon Tal Rifat. Prior to that there existed an appearance of a ceasefire, when the Kurds stopped their advance on Al Bab, and did not move the front line south from the Al Rai-Jarablus line. The escalation occurred after Turks and FSA took Dabik and Savran, which placed the Al Bab offensive on the agenda. If one looks at the map, it’s evident that Turkish forces advancing on Al Bab wedged themselves deeply into the Shahba Canton. This fact cannot but cause concern among Syrian Kurds. It threatens the prospective unification of Shahba Canton. At the same time, the Turks find themselves squeezed in between Kurdish enclaves, and the YPG is in good position to launch an attack against the salient’s base and encircle Turkish forces together with ISIS. The situation is clearly not developing to Turkey’s benefit.

Furthermore, analyzing the last 3-6 months, there is little doubt that in the end ISIS will have to abandon Al Bab and retreat. For example, due to significant reinforcement of Turkish forces or an advance by fresh Syrian forces from the south. This in turn raises the question: with which of the parties in this war is ISIS least irreconcilable? From out point of view, it’s the pro-Turkish forces. If that’s the case, nothing prevents them from surrendering the city to the Turks on favorable terms. The FSA could even find a place for militants leaving the city. If the SAA breaks through to the city, ISIS could surrender the city to it as well.

Provided the Syrian government announces an amnesty to those who wish to surrender without offering resistance as in Aleppo, and then the ISIS commanders in Al Bab will abandon their units, leaving only junior and middle commanders in place. But it seems most probable that the SAA would have to take the city by force. It is even less probable that ISIS would surrender Al Bab to the Kurds. Radical islamists never spared the Kurds in the areas they occupied, therefore ISIS militants understand they can’t count on gentle treatment by the enemy. The purely situation cessation of clashes between ISIS and Kurds only illustrates that to complete current operational or tactical missions, “the end justifies the means.” 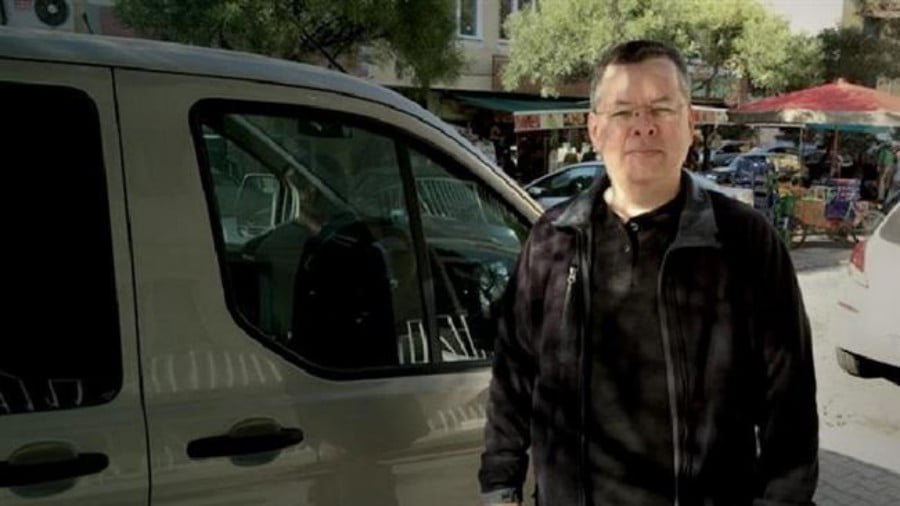 Imprisoned in Turkey since October 2016 on charges of involvement in the failed months earlier coup attempt against President Erdogan, the Trump regime’s demand for Andrew Brunson’s release conceals what’s really behind the US/Turkey rift. It’s all about what Michel Chossudovsky calls a “Russia-Turkey-Iran ‘triple entente,’” – growing Ankara ties with Washington’s main adversaries. The… 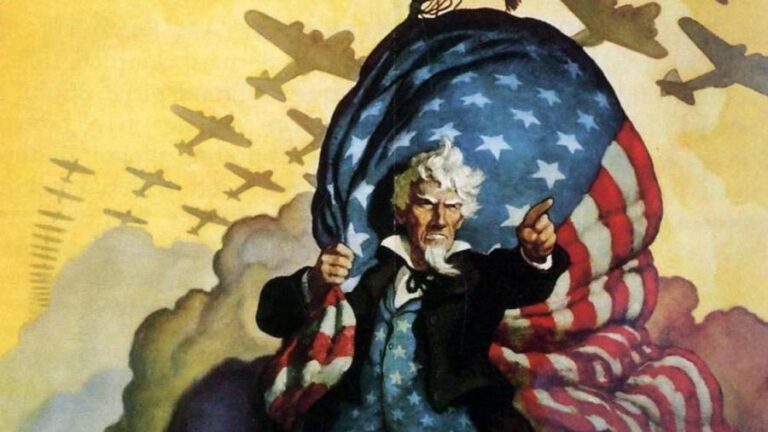 The United States has the ability to pursue broad measures to exert pressure on other countries, not only through bilateral relations, but also through controlled international organisations such as the IMF and the World Bank. Although this violates international law, it has become commonplace for practitioners of preventive diplomacy, that is, threats of subsequent punishment that…

As the Syrian army move to liberate more areas of Aleppo from foreign-backed terrorists, the Western countries and their allies are considering other options including moving the war to the southern parts of the country. The Israeli regime is engaged in provocative acts in the Golan Heights, which is increasingly becoming a flashpoint in the… 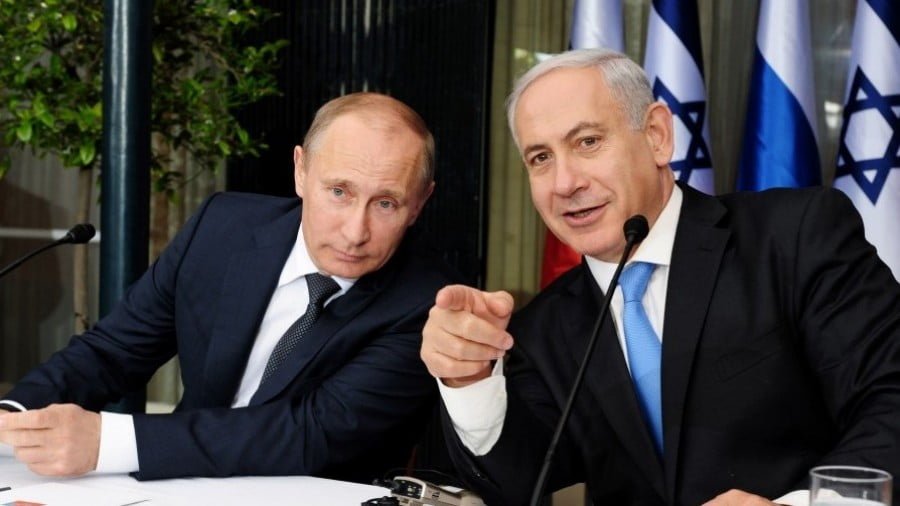 No, Russian-“Israeli” ties aren’t in a state of “crisis” after the latter bombed Syria earlier this month, but are actually enjoying an unprecedented flourishment that won’t be offset by whatever happens in the Arab Republic, and Moscow might even tie Tel Aviv into the same multilateral free trade area that has recently expanded to include…