2016 looks like it will be a record year for gun sales. The number of NICS background checks for firearm purchases has risen annually for 18 straight months, hitting 22.2 million at the end of October versus 23.1 million in 2015.

Analysts expect Smith & Wesson and Sturm Ruger — the only two publicly traded gunmakers in the U.S. — to respectively grow their revenues by 26% and 13% this year. Let’s take a look back at the five top selling handguns of the year, as listed by Gunbroker.com, and what they tell us about today’s American firearm market.

The Smith & Wesson M&P Shield, which was introduced in 2005, is a lightweight, concealable pistol which is encased in a polymer frame. The Shield comes in 9mm, 40 S&W, and .45 full auto calibers, and is widely used by law enforcement and military personnel. The Shield is often praised for its slim profile, ergonomics, ease of use, and overall accuracy. As a striker-fired pistol, it lacks a protruding hammer in the back, making it easier to conceal and carry.

The M&P (military and police) brand has become Smith & Wesson’s flagship brand over the past decade. That family now includes the M&P Shield, M&P 15 Auto, various other variants, and even branded M&P knives. During last quarter’s conference call, CEO James Debney acknowledged that the “halo” effect of the M&P brand gave its products more credibility as they were “used, adopted, and well-regarded by the professional community.”

The pistol has a glass-filled nylon frame, and uses a “single-strike double-action” mechanism which acts similarly as a striker-fired pistol. Ruger recently upgraded the LCP with the LCP II, which adds improved sights, a larger grip surface for distribution of recoil, and a shorter, crisper single-action trigger with an inner trigger safety.

Springfield Armory‘s Springfield XD-S, which was launched in 2012, is very similar to Smith & Wesson’s M&P Shield. Both pistols are encased in polymer frames and are striker-fired. However, the XD-S only comes in 9mm and .45 ACP calibers.

Whereas the M&P Shield was developed in the United States, the XD (extreme duty) line of semi-automatic pistols actually originates in Croatia, where they were branded as HS2000 pistols for military use. XD pistols have also been approved for a wide range of law enforcement agencies across the United States.

SIG Sauer’s P938, which also arrived in 2012, is a subcompact single-action 9mm pistol. Unlike most other subcompact 9mm handguns, the P938 has an all-metal frame of anodized aluminum alloy and stainless steel. Unlike the three aforementioned pistols, the P938 is hammer-fired — but it’s still lighter than the M&P Shield and the Springfield XD-S.

Specialty versions of the P938 include the Blackwood, Rubber Grip, Extreme, Nightmare, Rosewood, AG, Equinox, and SAS — which all tweak the finish with a more premium appearance. As a result, the P938 is priced as a “luxury” firearm, with specialty models priced between $600 and $800.

The 9mm Glock 19 was introduced in 2010 as a reduced-size version of the Glock 17. Like the M&P Shield and XD-S, the Glock 19 is a polymer-framed, striker-fired pistol. It’s widely issued as a service pistol among private and public security agencies, and its small size makes it a popular concealed carry or backup weapon.

The popularity of these five handguns indicates that smaller concealed carry weapons will likely remain more popular than larger pistols. With the Republicans now in control of the presidency and congress, investors and gun owners might assume that gun sales will rise over the next four years.

However, gun sales tend to surge with the threat of tighter gun controls, which would more likely occur under a Democrat administration. As a result, analysts expect Smith & Wesson’s sales to rise just 1% next year and Ruger’s sales to fall 14%. Therefore, these five guns will likely stay popular, but year-over-year comparisons might look weak over the next few years.

Chinese billionaire and Alibaba founder Jack Ma believes that improper distribution of funds and hyper inflated US military spending, not globalization or other countries “stealing” US jobs, is behind the economic decline in America. The Chinese business magnate earlier in January met with US President-elect Donald Trump, who has bemoaned the loss of American industry…

In 1877, Fyodor Dostoyevski said the goal of Judaism was “to exterminate the rest [of mankind], or make slaves of them, or exploit them.” This, of course, is the real reason for antisemitism. His prophecy is coming true. The West is now a proxy for Masonic Jewish central banker world domination. When these bankers gained…

This New York Times article about “The Decline of Men” is well worth reading. Key takeaways from the article are: While men still dominate top positions, there is growing polarisation among men. A small minority of men are doing very well, while a large number of men are not. In 2016, 95.8 percent of Fortune…

The statie stand on a 10 metre tall platform design to look like a warship. © itistist / Instagram China have redefined the concept of ‘statue’ and put Lady Liberty to shame with the unveiling of a colossal 1,320-ton, 58-meter-high statue of legendary general and “God of War” Guan Yu. The intimidating statue stands in… 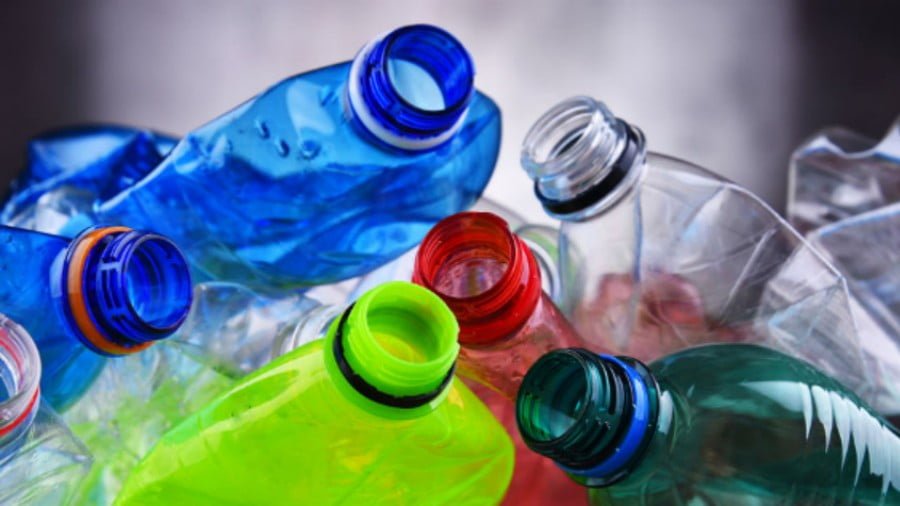 Despite known negative effects of BPA and BPS in plastic, these toxic chemicals are still prevalent in many home products and food items. BPA and BPS exposure is linked with reproductive disorders, lowered cognitive function, behavioral problems in children and increased oxidative stress, among other health disorders. Reducing your exposure to these harmful chemicals is…