With little mention in the media, a grim milestone was passed off the southern shores of Europe last month.

With the death toll of refugees in the Mediterranean Sea already surpassing all of last year, 2016 has become the deadliest year on record for those fleeing the violence, poverty and horror of their home countries in the hope of finding a better life in Europe.

As one European government after another has tightened its borders and increased legal and physical repression — and after a European Union deal with the authoritarian government of Turkish President Recep Tayyip Erdoğan designed to stem the flow of refugees — far fewer people have been able to make the crossing this year. So far, some 332,000 refugees have reached Europe via the Mediterranean in 2016, compared to more than 1 million over all of last year.

But those who are crossing are facing increasingly perilous conditions. According to the UN High Commission on Refugees (UNHCR), one person out of every 88 who attempts to cross the Mediterranean dies at sea. In 2015, that number was one out of every 269 people.

To put the statistics in perspective, CNN calculated that refugees crossing the Mediterranean are 90 times more likely to die than an American will die of gunshot wounds.

“This is the worst we have ever seen,” UNHCR spokesperson William Spindler said at a press conference in late October.

With governments clamping down on other routes, more refugees are now attempting to cross the central Mediterranean between Libya and Italy — and the death toll there is even higher: one death for every 47 arrivals, according to Spindler. Over the course of just October 21 and 22, rescuers pulled 5,700 refugees from the Mediterranean.

That so many people choose to risk crossing is evidence of just how intolerable life has become for so many millions. This much is obvious to anyone who sees the reality in the Mediterranean — like the volunteers working with search-and-rescue teams who were profiled in an August CNN article.

Nick Romaniuk said he was moved to volunteer after seeing the suffering in a refugee camp in Greece — like the “Yazidi boy in a Sesame Street shirt who’d been thrown into a fire by ISIS fighters and bore scars up and down his arms.”

The CNN article describes a rescue crew coming upon a rubber raft with 108 men, women and children and the “sour stench of human misery” — sweat, urine, vomit and blood — clinging to it. “If [Romaniuk’s] English compatriots who spew hate toward migrants could be here now, he thinks, they too would jump in the water to save someone,” CNN wrote.

As the article continues:

One man wears nothing but underwear. Another has on a gray North Face puffer jacket intended for winter slopes. Most are barefoot, their ebony legs powdered with a white mixture of dust and encrusted sea salt. They carry few possessions — a toothbrush tucked in a chest pocket, a plastic pouch containing photos of loved ones left behind… One man from Guinea says smugglers beat his legs with an iron bar.

In a separate report, Stefano Argenziano of Doctors Without Borders referenced the many horrors occurring daily: “It’s a tragedy, but sadly one cannot say that this was an exceptional day in the Mediterranean.”

For refugees to venture out to sea in such conditions, Argenziano told reporters, “is a headlong rush to the cemetery.”

Yet this is what leaders of European Union governments consider to be a “success.” EU operations in the Mediterranean are increasingly focused on security and prevention as opposed to aid and rescue, leaving volunteer and non-governmental organizations to bear much of the burden.

Overall, the legal and physical barriers enacted across the EU have cut down on the flow of refugees landing on the continent — but the intense clampdown has left those desperate enough to attempt the crossing into more and more dangerous situations.

This is why, as Doctors Without Borders’ Argenziano told reporters last month, the deaths and despair in the Mediterranean are “a policy-made crisis” — in which rescue and aid workers “feel powerless to stop the loss of life.”

There is a simple solution that could stop the deaths: Governments, especially the most developed Western nations whose economic and imperial policies helped destabilize the Middle East and impoverish millions of people, could let the refugees in.

But EU leaders, including supposedly refugee-friendly leaders like Germany’s Angela Merkel, have responded instead with quotas, caps and border restrictions, especially in a climate in which the far right has grown by exploiting fears of refugees — especially Muslims — who are supposedly pouring across borders and “scrounging” off limited public resources.

This has left many of the refugees who do make it to the EU in a kind of limbo — unable to settle permanently in the countries of their choice, while also being used as a convenient scapegoat, not only by the far right, but by mainstream politicians.

Late last month, the French government, led by President François Hollande and his Socialist Party, ordered the clearing of the refugee camp known as the “Jungle” in the northern city of Calais.

Long a place where refugees hoping to gain entry into the UK — located north across the English Channel — had settled, the camp was notorious for its squalid, overcrowded conditions in the heart of one of the wealthiest EU countries.

After the camp was razed to the ground, Britain’s Daily Mail newspaper sneered, “Au revoir, and good riddance: A wasteland is all that remains of the Calais Jungle camp.” For his part, Hollande vowed that “we could not tolerate the camp and we will not tolerate any others.”

But destroying the camp — which was further damaged by fires during evacuation — has done nothing to solve the problem of refugees left in limbo. Most outrageously, an estimated 1,500 unaccompanied refugee children who had been living in the camp have since been transferred to a holding camp in the same area, where they are being housed in temporary containers — while British officials squabble over whether any will be allowed into the country from France.

The Independent’s Charlotte England compared the new situation for these children to the novel Lord of the Flies — “with 1,500 children left unsupervised, sleeping in bare containers and free to roam the adjacent camp site, close to heavy machinery being used to dismantle and remove the wreckage.”

Not only has drinking water been turned off, but volunteers told England that these most vulnerable children aren’t being provided with food by the government — leaving aid workers to pick up the slack where they can. Many of the children have no shoes or blankets and are sleeping in freezing-cold conditions, and the containers are reportedly housing as many as 12 children each.

British officials deserve special scorn for the suffering of these children. The government has been especially slow to admit refugee children — taking in just 274 since mid-October, mostly those with relatives already living in the UK.

Some British right-wingers have even suggested that child refugees have their teeth checked, like livestock, for proof of their age — an especially ugly twist on the myth that refugees are faking their status to get access to supposedly “generous” welfare benefits.

“Maybe we could pull out any gold fillings while we’re at it and get their first month’s rent covered,” the Mirror’s Brian Reade angrily wrote. “If the teeth tests are inconclusive (as dental experts say they will be), why not slice them in half and count the rings?”

As Reade wrote in conclusion: “They’re taking us for fools, say those using dental checks as a screen for letting none of them in. But they’re not. They’re simply taking us for one of the richest countries in the world with a long history of helping refugees, which is now roundly criticized for its pitiful response to this current crisis.”

Of course, it’s not enough to only discuss the rights of child refugees. Refugees of all ages should be entitled to safety, dignity and a decent life, whether in the EU, the US or another country.

Those Western nations — above all, the US — whose economic and military policies have exacerbated the world’s worst refugee crisis since the Second World War should be especially responsible for providing a home and resources.

Our slogan, shouted again and again, must be: Open the doors and let them in.

The rescuers prepare for the calm days, more than the stormy ones. On land in small towns near the Libyan coast, refugees from Africa and the Middle East are crowded into safe houses, waiting for good weather. When the sea quiets, the refugees pack onto rubber dinghies or large wooden fishing vessels and set off in… 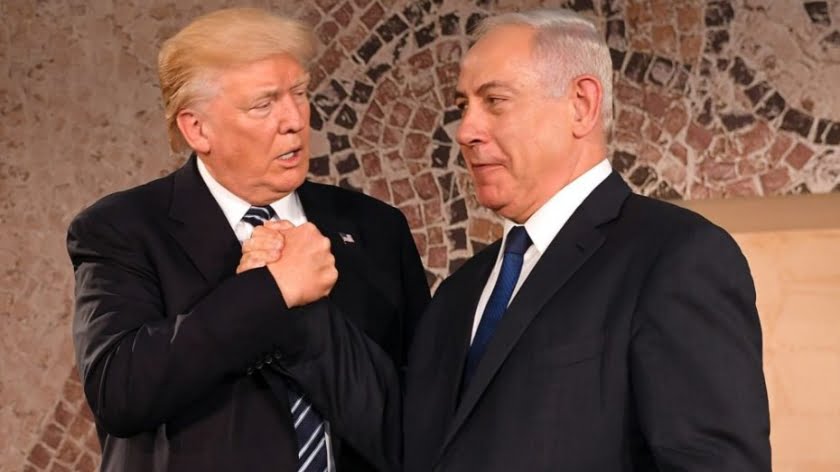 “This is a historic opportunity”, whispered one of Netanyahu’s insiders into Ben Caspit (a leading Israeli journalist)’s ear this week: “You have no idea what we can wheedle from the Americans now, what a golden opportunity we face when the US is about to enter an election year”. “Bunker busters”, he mutters to Caspit, who… 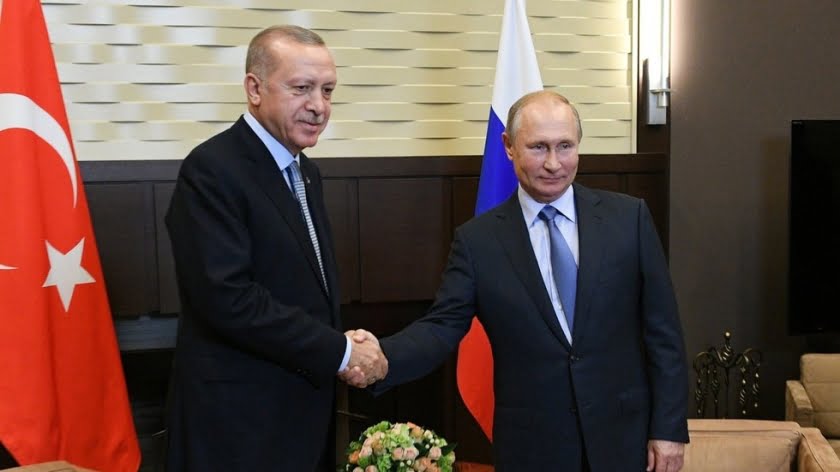 Preparations for the events in northeastern Syria began around a year ago. Now, after the US dumped the Kurds, they have no choice but to abide by the Russian-Turkish memorandum. The Memorandum of Understanding between Turkey and Russia on northern Syria, adopted in Sochi on October 22, put an end to the Turkish offensive against…

Despite claims made during NATO Summit Warsaw 2016, that “NATO remains a fundamental source of security for our people, and stability for the wider world,” it is clear that the threats and challenges NATO poses as existing to confront are in fact threats of its own, intentional creation and continued perpetuation. From the ongoing refugee crisis triggered by NATO’s… 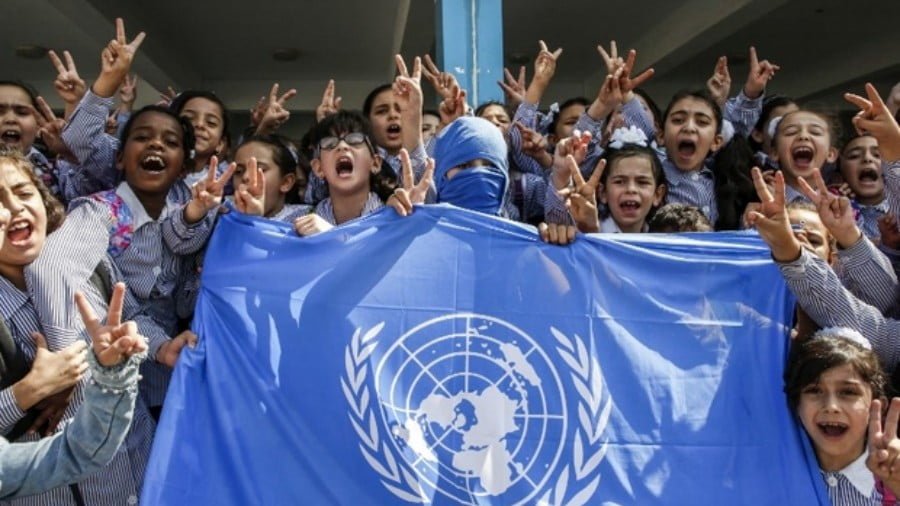 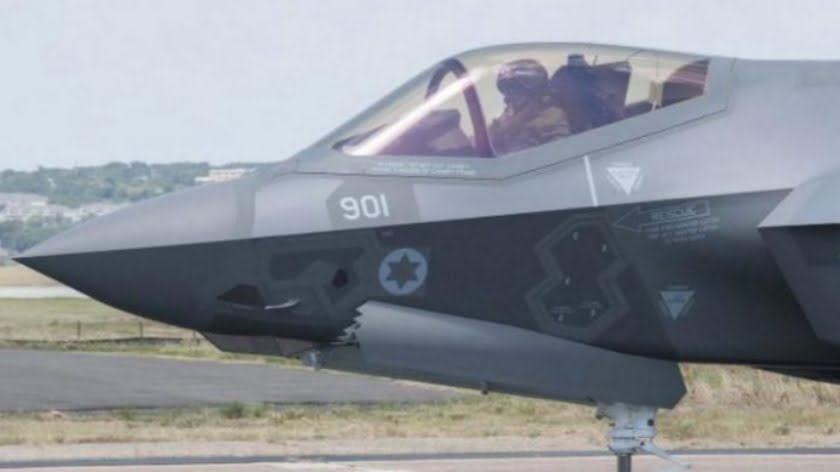