Ever since its completion on December 14 1999, the EU parliament has raised eyebrows and questions regarding its structure. The main tower, called the “Louise Weiss” building, looks peculiar and modernist. Why does it look unfinished? Promoters say it reflects the “unfinished nature of Europe”. However, some research on the subject reveals the dark and deep symbolism of the building. Exposing the real source of inspiration behind the Louise Weiss building is exposing the esoteric beliefs of the world elite, their dark aspirations and their interpretation of ancient scriptures.

We’ll go straight to the point: the Louise Weiss building is meant to look like painting “The Tower of Babel” by Pieter Brueghel the Elder in 1563. Story says that the Tower of Babel was never completed. So, the UN Parliament is basically continuing the unfinished work of Nimrod, the infamous tyrant, who was building the Tower of Babel to defy God. Do you think this is a good source of inspiration for a “democratic institution”?

Nimrod and the Tower of Babel

The story of Nimrod and the Tower of Babel appears in numerous texts of ancient cultures including Hebrew, Islamic, Greek and Kabbalah. Nimrod is said to be the founder and the the king of the first empire after the Flood. His realm includes Babylon (Babel), Uruk, Akkad and Calneh. He is known to be a king that brought tyranny to the people while seeking to eliminate religious beliefs .

“Now it was Nimrod who excited them to such an affront and contempt of God. He was the grandson of Ham, the son of Noah, a bold man, and of great strength of hand. He persuaded them not to ascribe it to God, as if it were through his means they were happy, but to believe that it was their own courage which procured that happiness. He also gradually changed the government into tyranny, seeing no other way of turning men from the fear of God, but to bring them into a constant dependence on his power… Now the multitude were very ready to follow the determination of Nimrod, and to esteem it a piece of cowardice to submit to God”

According to biblical accounts, Babel was city that united humanity, all speaking a single language and migrating from the East. It was the home city of Nimrod. He decided that the city should have a tower so immense that “its top should be in the heavens”. That tower was however not for worship and praise of God, but was dedicated to the glory of man with a motive of making a ‘name’ for the builders. The Midrash version of the story even adds that the builders of the Tower said:

“God has no right to choose the upper world for Himself, and to leave the lower world to us; therefore we will build us a tower, with an idol on the top holding a sword, so that it may appear as if we intended to war with God”.

God, seeing the blasphemous nature of the Tower, gave each person a different language to confuse them. Unable to continue the work, the people scattered throughout the world.

Symbolism of the EU Parliament

So the construction of the EU Parliament in the image of the Tower of Babel sends the message that Nimrod had the right philosophy and his Tower of Babel was a good idea. So we are looking for:

You know what? Those are major precepts of the esoteric beliefs of the world elite (see Educate Yourself section). They are not Christians or anything related. Their belief system is based on the Mystery Religions (pagan rituals, worship of the Sun, considering Lucifer as the one who gave light to the human race, seeing God as a force wanting to keep humans in the dark). Their New World Order will have evacuated all worship of God, introduced a single language and changed democracy to tyranny.

Do I sound a little “out there”? Did I read too much into this building? Answer is: NO. Here is the OFFICIAL poster promoting the EU Parliament:

We see the people of Europe rebuilding the Tower of Babel. Here’s some points to note: First, we have a confirmation that the Louise Weiss building was truly inspired by the Tower of Babel. The poster recreated the exact tower on Pieter Brueghel’s painting, even making sure to include the broken part of the foundation. There is NO question there. Second, the slogan: “Europe: Many Tongues One Voice” refers to God confusing the people with many languages. The Parliament will effectively reverse God’s punishment to teach a lesson concerning idolatry and arrogance. Third, look closely at the stars at the top. Do they look strange? They are upside down aka reversed pentagrams. The symbolism behind pentagrams is extremely deep and complex but we can say that a regular pentagram refers to “Good Ruling” and a reverse pentagram refers to “Evil Ruling”.

This poster has been banned due to protests by numerous groups. It is however extremely revealing and proves the esoteric mindset of the builders of the European Union’s Parliament.

The Abduction of Europa

This statue, standing in front of the Winston Churchill building, refers to ancient mythology and depicts one the most ancient representation of Europe. Its based on a story where Zeus disguised himself as a white bull in order to seduce the princess Europa who was gathering flowers. When she approached the bull and got on its back, the bull seized the occasion to run away with her and eventually rape her (I’m giving you the non-censored version of the story).

So the woman (who represents Europe) on top of this bull is about to get raped. OK, weird. Anyways, it represents Good vs Evil, Sun vs Moon and all of that. An integral part of the Mystery Religions. Learn about this.

The European Union is a superstate that currently includes 27 countries (more in the future). The same faith awaits American and Asian countries, who are bound to unite under the same flag and currency to create other superstates. Those are the building blocks towards a Single World Government, a goal actively sought by the world elite. The EU Parliament is the first monument representing a superstate and reveals, through its intense symbolism, hatred of religion, plans for a New World Order and their subtle endorsement of tyranny. 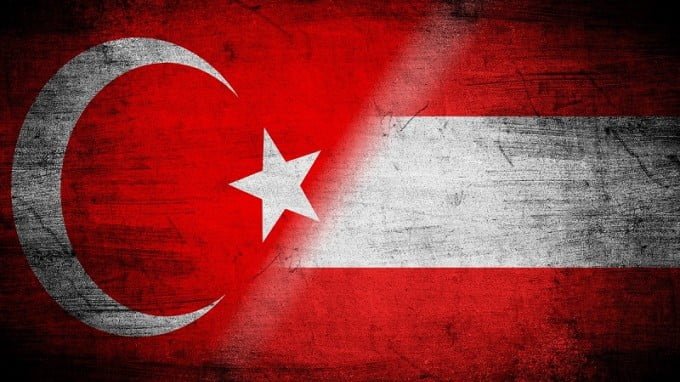 The Mainstream Media has attempted to misportray the latest Kurdish-Turkish clashes in Vienna as “ethnic clashes” in order to imply that the different ethnic groups that migrated to Austria from the Republic of Turkey are fighting with one another in a third state for strictly superficial reasons having to do with their respective identities, but…

Here’s the body count in the latest geopolitical earthquake afflicting the West: The Socialist Party in France is dead. The traditional Right is comatose. What used to be the Extreme Left is alive, and still kicking. Yet what’s supposed to be the shock of the new is not exactly a shock. The more things veer…

Car safety improves every year, and manufacturers are constantly looking at ways to continue this trend. Even small cars that have had issues with safety in the past are the safest they have ever been. Therefore, before you end up needing to call a car accident lawyer, research and find out which is the safest…

Candles are great for encouraging relaxation and creating a calm, serene environment. A candle’s aroma and soft, warm glow sets a nice tone for romance, sophistication, and tranquility. Most candles today feature a variety of aromas. While refreshing they may be, the chemicals used to produce a candle’s fragrance can be toxic and can contribute…

The Austrians recently called on the Western Balkans, Georgia, and Egypt to build “refugee”/immigrant centers for processing and potentially indefinitely housing the hundreds of thousands of non-Western individuals that are streaming into the EU. Mr. Sebastian Kurz told the German Bild am Sonntag newspaper that “It is not that important where exactly they [the centers]…