The Myth of India as an Upcoming Asian Economic Powerhouse. Rising Poverty and Social Inequality

A common myth around the world is that, India is developing country at a very rapid pace and going to be a powerhouse in Asia soon. Some even argue we should learn from them and some argue independence should have never happened and we would have been a better off with India rather than independent. And even some pessimist especially Pakistani and Bangladeshi people regret the independence in 1947 and common chorus can be heard “look where India has reached today and where we are”.

Regret or not, but it is important to see where India stands today, the idea to write regarding this is to differentiate the illusion from fact and give reason so the sane understanding follows. A nation is called developing not because of its population, or defense budget, but how good the people fare in that country; it is about the human development and economic growth which include improving education and health by having less people as possible under the poverty line and high incomes per capita of citizen in the country, this will come when the state will have a sound economic system.

India is no doubt one of the biggest democracy in the world; because it has the highest population, Simple! (China highly populist, and officially “communist”). India is the second biggest nation in the world in terms of population and seventh largest in terms of area. According to the IMF as of 2015, the Indian economically nominally worth US$ 2.182 trillion, it, it’s the eleventh largest economy in terms of market exchange rates at US$ 8.027 trillion, third largest by PPP, with an annual GDP growth of last decade’s 5.8%.[1]

These numbers in retrospect are nonsense which feed the illusion to the general public so they can keep on living like they are in a hope that their life will get better.

These numbers do not represent the true picture of the country, not only India`s but any country. Like GDP can be a good indicator, but the real measure is GDP per capita. Which measures how a single person achieves the share of income among its citizens. When it comes to India the GDP is $2.182 trillion, but per capita income is only $1581 which is not much higher than Bangladesh`s $1086 and Pakistan’s $1316 per capita, but less among many African countries, like Nigeria $3203, South Africa $6,482, Zambia $1721, Sudan $1875, Namibia $5408, Ghana $1441, Djibouti $1813, Botswana $7123 and many more to mention here.[2] In fact, India is like “ticking time bomb” by 2026 the world population will be 1.5 billion largest in the world and the economy is not growing enough to meet the demands to create 20 million jobs per year.[3]

Yes, I know India is part of BRICS and they have announced in creating their own kind of bank but then what? India still owes money to the IMF; their public debt to GDP is nearly 70%,[4] Likewise, India is worst in terms of BRIC countries when it comes to GDP per capita, human development, education, poverty and so forth. India is lagging behind in BRIC countries. And Yes, then there is IT, the huge investments in India by the foreign companies just because those corporation can have cheap labor rather than paying their people in home countries with high wages. The beauty of globalization which no body mentions and no one talks all they care to show people the random numbers and apathy of people to consent without barely eliciting a yawn.

One of the main hurdles in the progress of India is poverty, poverty which should have been brought under control, but in India it is more or less same ratios of poverty post-independence.

The figure shows the total population every decade with poverty in percentage and how much the poverty has declined in India, the percentage may have decreased, but the total number of people living under the poverty line has been more or less same.

To combat poverty the country introduced anti-poverty policies, to help people living under the poverty line but according to World Bank report in some states more than 50% were misclassified as poor in other words they were not poor but reaped full benefits from these polices, but still by no means can these policies achieve their true objective, even without corruption free. How anti-poverty policy can and will work which make the poor`s dependents on government`s mercy rather than concentrating on human development by educating poor people, training and developing them so they can take care of themselves, the government chose spoon feeding. Human development is not alien Jerry Sternin owner of an NGO based in the United States helped Vietnam reduce malnourishment in 1990s without bringing a single dollar in the country, his work was finished in 6 months or so. Seeing good things in anti-poverty policy is like a finding a needle in a needle box with a needle.

The figure shows two very important things how India fare among BRIC countries and Second the working poor in India out of Total Employed working in India. Many poor people are not those who don’t have job, in fact some poor are with jobs but their wages are low compared to International standards and it becomes difficult for them to increase their living standards.

The mistake which people generally make is when they start comparing India with Pakistan or Bangladesh, this is incorrect for many reasons, India is an enormous big country, its market share, volume is big, its population is big it should be compared more with China. China went in more difficult level in combating poverty than India, but being a communist, it has reduced poverty effectively. It’s also true that in China the gap between Rich and Poor is widening but better to have that gap rather than letting your people live in poverty.

In retrospect, not in even the next two decades, India can reduce poverty, for many reasons; first, the policies they have introduced which I have discussed earlier are still in practice. Second, the focus of these policies as I have mentioned earlier is not sincere and not focused on human development; the nuisance still and will continue. Third, even they all of a sudden change the policy, let’s say tomorrow and bring fair policy with no corruption; even then it will take decades to achieve and reduce levels of impoverishment. This melancholy reality gives the notion of hubris and musing thinking that prevails in the country which is heedless in their direction unfortunately.

Statistics of GDP on different countries by World Bank (2015) retrieved from:

[2] Statistics of GDP on different countries by World Bank (2015)

Humanity and Sludge: Mass Poverty in India. To Give Up Is to Give In: To Give In Would Be to Let Them Win

Why Lockdowns Don’t Work and Hurt the Most Vulnerable. Bankruptcies, Poverty, Despair 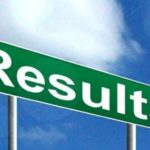 2020 Was Year Like Few in History. Social Isolation, Unemployment, Poverty