Islamaphobe on Social Media gets Confronted with Truth

It’s difficult to determine the roots of Islamaphobia, but I think its strong presence today can largely be attributed to the many terrorist attacks purported to be carried out in the name of Islam almost every year since the occurrence of 9/11.

Fortunately, more and more people have begun to see through this facade that has been fooling the masses for decades. Specifically, they’re starting to see through what Western media has dubbed ‘The Islamic State,’ which is supposedly a large terrorist network. More people recognize that these so-called terrorist attacks have actually been planned and aided, not by practicing Muslims, but by the Western military alliance.

One of the best and most recent examples of this comes from the PR firm Bell Pottinger, well-known for having many controversial clients. They were outed for working with the U.S. military to create propaganda in a secretive operation. The firm reported to the CIA, the National Security Council, and the Pentagon during the project, and were paid half a billion dollars by them to create fake terrorist videos. You can read more about that here.

These questions are becoming more persistent as times goes on, and were a major focus of the International Conference on the New World Order, organized and sponsored by the Perdana Global Peace Foundation. Below is a statement from that conference given by prominent author and Canadian economist Dr. Michel Chossudovsky, who is the University of Ottawa’s Emeritus Professor of Economics, explaining this viewpoint in detail:

The global war on terrorism is a US undertaking, which is fake, it’s based on fake premises. It tells us that somehow America and the Western world are going after a fictitious enemy, the Islamic state, when in fact the Islamic state is fully supported and financed by the Western military alliance and America’s allies in the Persian Gulf.

. . . They say Muslims are terrorists, but it just so happens that terrorists are Made in America. They’re not the product of Muslim society, and that should be abundantly clear to everyone on this floor. . . . The global war on terrorism is a fabrication, a big lie and a crime against humanity. (source) (source)

The greatest example of false-flag terrorism remains 9/11. As early as last year, scientists and engineers published a paper in a reputable peer -reviewed scientific journal providing conclusive evidence that all three buildings were brought down by controlled demolition. It was published in europhysicsnews, the magazine of the European Physical Society (source).

Then we have more quotes from insiders, such as this one from former British Foreign Secretary Robin Cook:

The truth is, there is no Islamic army or terrorist group called Al-Qaeda, and any informed intelligence officer knows this. But, there is a propaganda campaign to make the public believe in the presence of an intensified entity representing the ‘devil’ only in order to drive TV watchers to accept a unified international leadership for a war against terrorism. The country behind this propaganda is the United States. (source)

Here is an informative video done by award winning American journalist Ben Swann regarding the origin of ISIS.

I just wanted to give a short introduction into how Islamaphobia was created, not by Islam and those who represent it, but by a smear campaign that has been led by very powerful interests, who used false-flag terrorism and deception to drive their agenda.

“The statesmen will invent cheap lies, putting the blame upon the nation that is attacked, and every man will be glad of those conscience-soothing falsities, and will diligently study them, and refuse to examine any refutations of them; and thus he will by and by convince himself the war is just, and will thank God for the better sleep he enjoys after this process of grotesque self-deception.”

So, everytime you hear terrorist and Islam used together, think about these facts.

It’s not quite clear if all politicians are aware of the facts presented above. For example, at a Republican National Convention last year, former Speaker of the House Newt Gingrich went on an anti-Muslim rant. Did he actually believe his words, or is he part of this elitist, paid group, simply doing as he’s told?

Further pushing the Islamophobe agenda, Newt and other Western politicians, assisted by mainstream media, have indeed created a fictitious terrorist threat that has clearly given rise to the intense hatred and fear we see today.

A great example comes from a Tumblr user, who asked other users to “imagine a world without Muslims” by posting the ridiculous photo you see below.

Fortunately, the backlash was severe. A viral article by Todd Perry, for instance, does a fantastic job of shutting down this ignorant rhetoric:

Just imagine a world without Muslims. Now I think you probably meant, JUST IMAGINE A WORLD WITHOUT TERRORISTS. And then I would agree, the world would definitely be a better place without those pieces of filth. But to hold a whole group responsible for the actions of a few is ignorant and racist. No one would ever expect Christians or White people to be held responsible for the acts of Timothy McVeigh (Oklahoma bombing) or Anders Breivik (Norway killing), or the gun man that shot Congresswoman Giffords in head, wounded 12 and killed 6 people, and rightly so because they had nothing to do with those incidents! Just like the rest of the 1.5 billion Muslims have nothing to do with this incident!

You can read his full article HERE.

“Al Qaeda and the Al Qaeda affiliated organizations, including the Islamic State, are not independent organizations, they are sponsored, and they are sponsored by the United States and its allies. It is documented that prior to 2011, there was a process of recruitment of mujahideen to fight in Syria, and this was coordinated by NATO and the Turkish high command. This report is confirmed by Israeli news sources and unequivocally, we are dealing with a state-sponsorship of terrorism, the recruitment of mercenaries, the training and the financing of terrorism.”

The truth is, the world would be a terrible place without Muslims. I won’t even go into the contributions they’ve made to our planet because they’ve made so many, and neither I nor anyone else should have to defend an entire group of people’s right to be alive.

Why is the World Going to Hell?

Is Social Media like a Weapon of Mass Destruction? 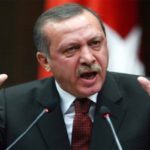