Western women have been tricked into pursuing power instead of love. Paradoxically, they never have been so powerless.

“Any girl who grows to womanhood without knowing that love is her supreme value has been spiritually raped. Feminine spirituality expresses an attitude of spiritual waiting, and tending, and readiness for the meeting with its opposite which is a prerequisite for inner wholeness. Without this she becomes a prey to the masculine within herself, a raging spirit of intellectual or physical activity to which no man can be related, and to which she can in no way relate herself. She is a woman possessed.”

Feminism is an occult hit job well on its way to neutering and destroying Western women, and Western society with it.

Cabalist Jews and Freemasons are Satanists. They control by degrading and corrupting. Like termites they eat away at the supporting beams of society. Nothing is more important to the survival of society than the family. The family provides us with our roles and identity, as well as necessary emotional and material support. It ensures the young are born, loved and raised properly, and the aged are taken care of. Our family is our link in the chain of eternity.

So the Illuminati went after the women, who they deemed frivolous and feebleminded. It convinced them that marriage and family were “oppressive.” Men toiled in mines and factories and died in war, but somehow women were the ones oppressed.

Satanists needed to interfere in the natural affection and attraction males and females have for each other and for their offspring. Satanists exist to banish love.

A woman’s essence is love, the power to generate love, by loving and being loved in return.  This is the source of her power. A woman’s love for her husband and children is the most precious thing in the world. For a man, this love is his greatest treasure.

By allowing herself to be snookered, by pursuing material instead of spiritual power, she has essentially lost the power to love. She can have power or love. She can’t have both.

The handmaiden of feminism, promiscuity, has pretty well finished women off as something the Western man would want to marry. She can’t dedicate herself to a man. She has nothing but her youth and that won’t last.

After she has squandered the 15 years of her peak fertility, she will be left with nothing but a cutthroat 9-5 job. The feminist utopia is strewn with this roadkill.

A woman loves by consecrating herself to her husband, the father of her children. Women are mediums like copper wires. They carry a man’s energy. The key is their choice of husband. He must be someone she respects and trusts with her life. This is love.

It’s only the Communists that are convincing them otherwise. Communism is all about revolution – turning what is healthy and natural on its head. They have also emasculated men.

In order to be a conductor of male energy, a woman must be submissive. This is how women love- by acceding to male demands. She must allow herself to be possessed, loved, to be an instrument. The male energy flows through her and often finds expression in a child, who is an expression of their unity. (see The Power of Sexual Surrender)

This is how two people become one, the key to intimacy which everyone is seeking. She becomes part of his sense of self.

By brainwashing women to be “strong” and independent, by brainwashing them to see males as oppressors and rapists, Communists (feminists) are psychologically neutering females, making it impossible for them to love men, and to discover themselves as women.

They are deliberately throwing a spanner in the works, turning women into lesbians. This is criminal but these hucksters have convinced the unsuspecting women that they are now “liberated.”

FEMINISTS HAVE BEEN SPIRITUALLY PILLAGED

Women need a man’s love like a flower needs sunshine and water. Men nurture women and women empower men by acquiescing to their reasonable demands. This is the heterosexual dynamic.

Men, if you want to discover if a woman loves you, make a reasonable request and see how she reacts.

A woman who gives herself to her husband is cherished and loved by him and their children. A woman who pursues power in masculine terms is doomed to a life of isolation and bitterness.

Western feminist, you’ve forfeited your most precious gift for nothing. You lack personality. You lack charm. You lack style. You lack substance. You can’t love. You’re not even sexy. And soon you won’t have youth either. You will have nothing.

Western feminists, you’ve been robbed, betrayed by your society, teachers, and political and cultural leaders; and consequently you’ve joined the ranks of traitors. You’ve betrayed your unborn children; your society; your culture; your family and the promise of the future.

It’s hard to feel sorry for you. But, if it’s any consolation, you’ve been fleeced by the best.

A Woman Needs a Man's Love

Is Misogyny a Cure for Woman Worship ?

Malala - Illuminati Tool is Made "Honorary Citizen" of Canada 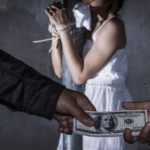 Women’s Trafficking: A Dark Side of Globalization

Pelosi, Barrett and the False Face of Strength

By Pretending the World Is Uniquely Cruel to Women, Smug Feminists Only Enrage Men Who Risk & Sacrifice Their Lives Each Day

Feminist Militarism as the Face of Western Politics