It’s no secret that the CIA, the U.S. government, and the cabal have some serious ties in Hollywood. Much of what we watch for ‘fun’ is actually propaganda that’s fed to us in order to shape our thoughts and values. We’re told what to wear, how to act, what our goals should be, and who we should love and hate, all through the media.

Not many people know this, but the CIA has an entire department dedicated to the entertainment industry. It’s run through the CIA’s Entertainment Industry Liaison Office, which collaborates in an advisory capacity with filmmakers. The CIA doesn’t just offer guidance to filmmakers, it even offers money. In 1950, the agency bought the rights to George Orwell’s Animal Farm and then funded the 1954 British animated version of the film. Its involvement had long been rumoured, but only in the past decade have those rumours been substantiated. The link between Hollywood and the CIA isn’t something new (you can read more about that in our CE article on whistleblower Roseanne Barr here).

In fact, many of the movies and TV shows you watch aren’t just written and directed by Hollywood big shots, but rather designed strategically by higher ups within the government and the elite in order to manipulate the general population.

You may remember when Sony was hacked around the time its North Korean film, The Interview, was making headlines, but do you know the whole story? Well, Wikileaks would certainly like you to.

In April 2015, Wikileaks, the organization that exposes government and elite corruption, high-level crime, and other wrongdoings by leaking secret and classified information, published over 30,000 documents and 173,000 emails from Sony to make the previous hack more accessible to the public. This includes over 200,000 files from Sony Pictures Entertainment. The real question here is: What did Sony do that was notable enough for Wikileaks to publish that much information on it?

In a statement made last year, Wikileaks wrote: “The Sony Archives show that behind the scenes this is an influential corporation, with ties to the White House (there are almost 100 US government email addresses in the archive), with an ability to impact laws and policies, and with connections to the US military-industrial complex.”

In response, Sony quickly put out a very carefully worded statement, saying that Sony “vehemently disagrees” with the assertion that the material belongs in the public domain. Sony by no means denied the fact that the company works directly with the U.S. government, but rather simply said that they don’t think the public should know about it.

“This archive shows the inner workings of an influential multinational corporation. It is newsworthy and at the centre of a geo-political conflict. It belongs in the public domain. WikiLeaks will ensure it stays there,” said Julian Assange, WikiLeaks’ founder.

Of the more notable emails includes one between Sony and the Democratic Party, which sets up a collective within the company in order to strategically avoid the $5,000 limit on corporate campaign donations so that Sony could donate $50,000 to help the Democratic New York Governor Andrew Cuomo get elected.

The email reads: “$50k is a heavy lift since most of it needs to come from individual contributions (only $5k can come from corp.), but I recommend we do it. . . . I think we can get to the 50k commitment by making this a focus of our individual giving from execs this year.”

Another email actually pertains to the movie The Interview, as it shows clear ties between Sony and a think tank, RAND, which is a part of the military-industrial complex. Sony reached out to RAND to get advice on the film. RAND connected Sony with one of their analysts specialized in North Korea, who suggested that Sony get in touch with the U.S. State Department and the NSA regarding North Korea’s complaints.

If you’ve never watched The Interview, it’s essentially propaganda disguised as political satire starring both James Franco and Seth Rogen, who are hired by the CIA to assassinate the North Korean dictator, Kim Jong-un. It uses humour to desensitize you to violence and then has you cheering on the assassination of the dictator. It’s not difficult to understand why the film was considered controversial by many and upset North Korea.

In addition, according to WikiLeaks, Sony Pictures’ CEO Michael Lynton is on the board of trustees of the RAND Corporation, which can be considered as “an organization specializing in research and development for the United States military and intelligence sector.”

Why Is This Important?

Sony has a huge reach, with investments in numerous industries including music, electronics, television, movies, entertainment, book publishing, and financial services, and has the ability to manipulate and shift public opinion through the media. However, Sony isn’t the only one with such power; numerous corporations influence what we hear on mainstream media, which is why it’s crucial to look at independent sources as well.

The Interview isn’t the first movie to push a hidden agenda, and it won’t be the last. The CIA actively promotes a desirable public image of its history and operations by advising the production of different movies, including the hits Argo and Zero Dark Thirty. The CIA retains “entertainment industry liaison officers” on its staff that “plant positive images about itself (in other words, propaganda) through our most popular forms of entertainment,” Tom Hayden explains in the LA Review of Books.

“So natural has the CIA–entertainment connection become that few question its legal or moral ramifications. This is a government agency like no other; the truth of its operations is not subject to public examination. When the CIA’s hidden persuaders influence a Hollywood movie, it is using a popular medium to spin as favorable an image of itself as possible, or at least, prevent an unfavorable one from taking hold,” explains Hayden. You can read more about the CIA-media relationship in our CE article here.

Taking this into account, it makes perfect sense that Sony would have ties to the White House. This isn’t just apparent within movies either; it can be seen throughout all of the media, whether that be corporations and the government influencing mainstream news, or the government influencing popular songs and movies. (You can read about the elite and the CIA’s potential ties to the music industry in our CE article here.)

All of this simply works to distract us from two things: what’s truly going on in the world, and the true essence of our being. I’m not suggesting you lock yourself in a room or run away in the forest and never look at the media again. I’m simply recommending that you stay conscious of your surroundings and critically think about what’s actually happening!

So, the next time you’re watching a movie, reading an article, or listening to a song, ask yourself: What’s the real meaning behind this? Trust your intuition and don’t be afraid to investigate where the story came from, what the overarching message is, and more importantly, who it benefits. 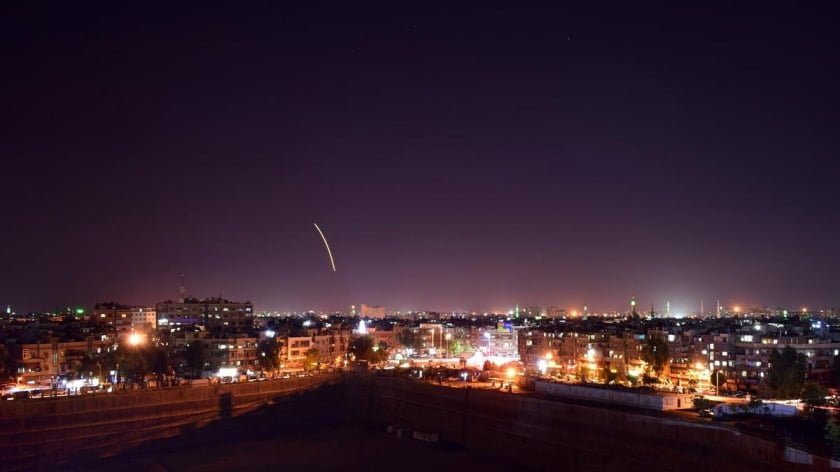 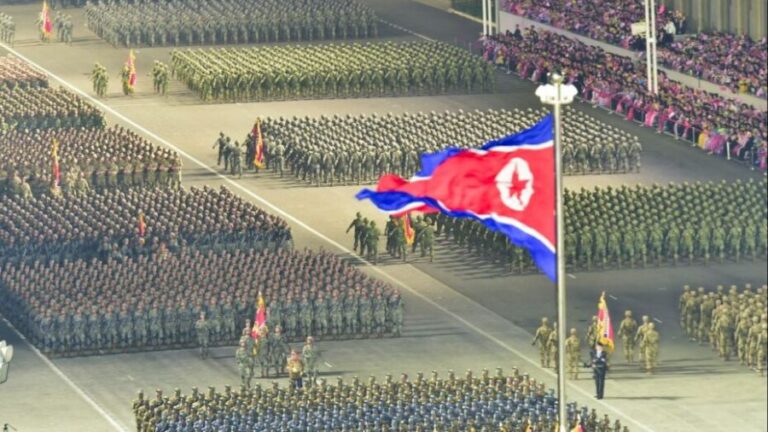 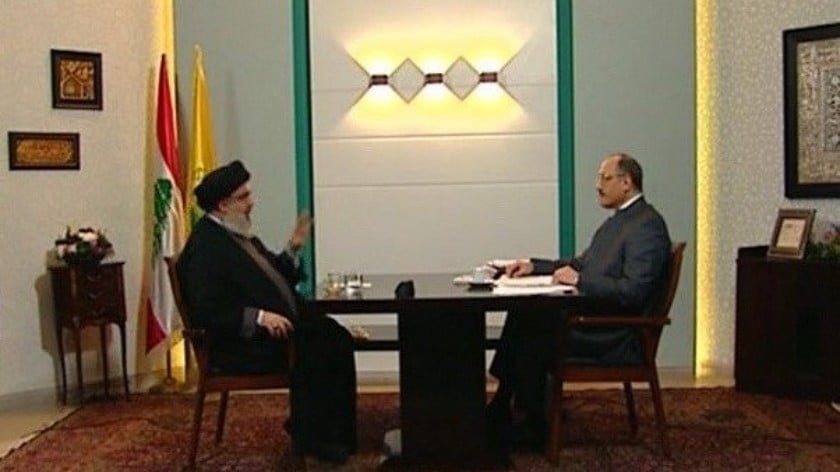 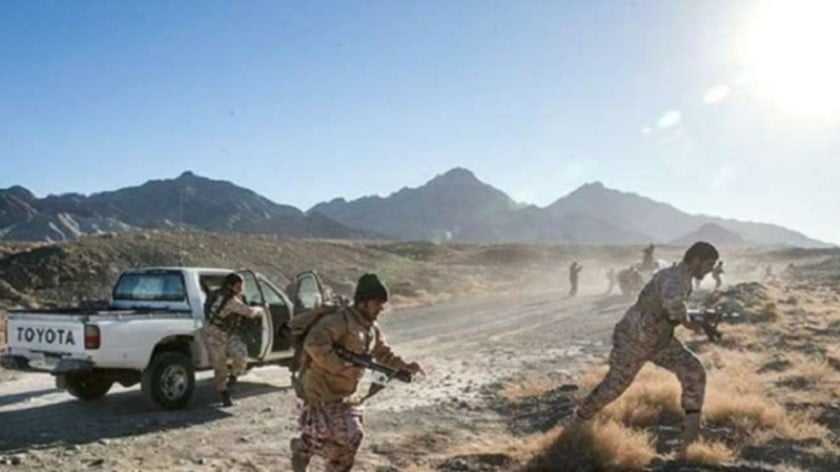