The Perils of Trump Addiction

Not long after the Lebanese civil war ended more than a quarter of a century ago, I found my landlord in a depressed mood. He had suffered in the fifteen years of war – part of his family had been “cleansed” from their home in east Beirut – but peace had returned to the ruins of the city, the Mediterranean sloshed opposite our apartment block and in front of the little candy store he ran on the Corniche.

What on earth could be the matter? “It’s so boring, Mr Robert,” he confessed to me one bright morning. In the war, there was always something happening, he explained. It was dramatic. His family was always frightened. But now there was nothing on television, no news, nothing in the papers. Peace had broken out.

Eventually, when Donald Trump departs from us – in however sudden or gentle a way, perhaps even ironically, though that word appears to have lost its meaning since the US inauguration – I suspect we shall all feel the same as my landlord when the Lebanese war came to an end. For the really insidious nature of the Trump presidency, I fear, is not going to be the fury he engenders, the hatred he sows, the nuclear lies he tells, perhaps even the wars he launches, but the enormous withdrawal symptoms that the world will suffer afterwards.

For Trump, let’s face it, is an addiction. Nothing will ever trump it. We all now need our evening fix – a mad press conference, laws hurled out of court, a square-jawed general brought low by an inane conversation with a Russian spy – just one more shot in the arm till the morning. The roller-coaster of Trump imitators has become the equivalent of one for the road.

That’s what disqualifies all the Hitler parallels, even the Mussolini comparisons, although the comical side of Italian fascist imperium is clearly there. It’s not that Trump is no longer terrifying. He should be. Nor that he is mentally unstable – he clearly is. It’s that his performances are so rivetingly zany, so absolutely inside the prison of the absurd that I swear some of the human race will commit suicide when he’s gone.

I’m still not sure why the Trump shows have such depth. Maybe it’s because of the revolting seriousness of all around him. This thing, after all, has a cast of thousands. While the Chief Clown froths in the East Wing, his Attendant Lords blather away at immensely important conferences in Europe, desperately trying to assure the EU, Nato, Russia, Saudi Arabia, the World Bank, Isis, al-Qaeda, you name it, that nothing has changed. Everyone, both the American panjandrums and the European leaders and the Nato generals, even poor Sergei Lavrov, all pretend that this is quite normal. They act the part.

One of them, only slightly less insane than Trump since she is leading her own country over the Brexit cliff, has even told the Chief Lunatic that Her Majesty the Queen is inviting him for a state visit. There has been nothing like this since Alice in Wonderland. Across the globe, they all shake hands and curtsy and grovel and fawn just as they did when Good King Obama ruled the world.

For none of these creatures must give the slightest clue that they know. That’s why the whole thing is so addictive. Everyone – Mad Dog Mattis, Rex Exxon Tillerson, Angela We-Can-Do-This Merkel, Theresa Goodbye May – all have to pretend that absolutely nothing unusual is taking place.

They must not for a moment even hint that they know what we all know: that back at the White House, the President of the United States of America has dressed up in a green smock, stood on his head, smoked a joint in front of CNN and proclaimed that his hutch of performing rabbits are capable of playing Beethoven on three pianos at the same time.

They are a really great team, a fantastic team of rabbits, the kind he’s always promised Americans. If necessary, he’ll set them all on the “bad dude” Muslims. At the moment, the rabbits – all big white-nosed furry beasts who used to like a two-state hutch but maybe prefer a one-state hutch but would settle for whatever hutch makes the other rabbits happy – are sharpening their teeth to plunge them into the necks of CNN editors or Arthur Sulzberger of The New York Times or poor old Jon Sopel or any other beauty to hand.

And that’s why the whole thing is so addictive. This is not the ultimate reality show – and it’s not Adolf in the West Wing or Benito in the Rose Garden. It’s Punch and Judy set to Shostakovich’s Fifth Symphony.

Forget about harmony. Just listen to the percussion. No wonder May, Abe, Netanyahu flee the room once they’ve shaken the hand – or been held by the hand in the case of the Queen of Hearts. It’s John Gielgud or Dame Dench suddenly discovering that they’re not playing Lear or Hamlet but Scissorhands.

Or Lady Macbeth. Was it not she for whom all the perfumes of Arabia would not sweeten her little hand – provided, I suppose, the perfumes weren’t imported from six of seven Muslim nations whose names we all know by heart? Ye gods, my Lord Macbeth would surely use a real dagger on anyone who “unfairly maligned” his “highest quality” bride. She was suffering, according to the Macbeth family doctor, “a great perturbation in nature” because she could not sleep, but this, surely is her husband’s problem. Being immensely tired, he cannot stop. We cannot keep up. He bowls and we are the skittles, toppling over ourselves in mirth and horror. That, too, is the addiction: being beaten over the head and laughing like billy-o as we all fall down. So how will it end?

Well, there’s only one thing more powerful that the Prestige of the President (POP) or the National Interest (NI) and that’s the Self-Importance of the Media (SIM). If POP goes down the tubes, the ultimate SIM card breaks. The reporters suddenly look as pompous, idiotic and dishonest as POP.

For how much longer can our colleagues stand in front of the White House or freeze in front of Nato conferences, parroting to us about what “officials say” (the most overused clause in US media history) with their usual self-assurance and self-regard when we all know that the game is up? For they, too, are still pretending that everything is normal.

But now we know they know nothing – because the President of the United States of America is completely bonkers, crackers, insane, out-of-kilter-in-the-brain and certifiably over the top. He’s not only a disgrace to the nation. Far worse, he’s a disgrace to the press. So it’s obviously in the national interest that he goes.

That means a return to normal. Israel makes the desert bloom, the pesky Palestinians revolt, we sell more weapons to our “moderate” allies in the Middle East, drones smash up wedding parties, hospitals, convoys, and the endless battle against world terror resumes. The US will urge both sides to “exercise restraint”. War clouds loom, there’ll be light at the end of the tunnel and the guns will fall silent. Normal service, as the BBC used to say, will be resumed. My dear landlord, rest assured: sanity will be restored. 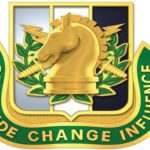 The US' Violent Protests Are Domestic Discontent, Not a Venezuelan Conspiracy