The Austrians recently called on the Western Balkans, Georgia, and Egypt to build “refugee”/immigrant centers for processing and potentially indefinitely housing the hundreds of thousands of non-Western individuals that are streaming into the EU.

Mr. Sebastian Kurz told the German Bild am Sonntag newspaper that “It is not that important where exactly they [the centers] will be. The important thing is that they [these countries] will ensure protection, and that people who illegally try to get to Europe, will be send back there.” What he’s basically saying is that these peripheral regions outside of the EU will turn into what Serbian Prime Minister Aleksandar Vucic previously called “parking lots” for refugees and immigrants, something that he swore he would never let his country become. The areas that Kurz highlighted – George, the Western Balkans, and Egypt – are significant because two of the three want to join the EU, while the last one, Egypt, is the much more stable neighbor of Libya, from where many African migrants depart on their dangerous journey to the EU. While everyone knows about the Libyan and Balkan routes, the inclusion of Georgia has left many people scratching their heads since there haven’t really been any reports about migrants entering the EU from its territory.

What we can conclude by this is that the EU just wants to shift the immigrant burden around and transfer it outside of the bloc and to its partners and wannabe aspirants instead. The issue is a political hot potato in the EU and has already divided society, but it’s even more pronounced in the Western Balkans, which had to deal with the over one million people that traversed through its territory over the past two years. Georgia, which hasn’t had to experience these sorts of troubles, or at least not yet, isn’t eager to get involved. As for Egypt, it’s by far the largest and most powerful of the countries that Kurz suggested, but it’s also very dubious whether or not Sisi will want his state to turn into what Vucic aptly termed a “parking lot”. While outsiders might naively wonder why he wouldn’t agree to this in exchange for economic subsidies and other sorts of perceived benefits, the fact remains that even though Egypt is an Arab country in North Africa, its culture is different than that of Libyans’ or Sub-Saharan Africans’, and with Sisi being tough on terrorism, it’s uncertain whether he’ll take the risk of allowing a bunch of foreign migrants to move into his society, let alone just to satisfy the EU.

The bigger picture here is that the EU knows that its previous immigrant resettlement plans have amounted to nothing positive and have only widened the growing divide between the bloc’s members, so now they’re trying to pass the buck along to others by enticing them with presumable financial incentives, and in the case of the Western Balkans and Georgia, institutional pressure by implying that this is their duty as EU aspirants. This plan probably won’t succeed in its entirety, though it’s indeed possible that one or a few of the suggested countries might end up going along with it anyhow, even if it’s only through partial and limited participation. However, that in and of itself would be extremely problematic because it would set a troubling precedent which would surely be abused by the EU, and then failure to accommodate any more additional demands after already fulfilling some of them could spark a political crisis between Brussels and its “parking lot” partner(s).

This is in effect what’s already happened with Turkey, which already agreed to an immigration deal with the EU early last year, though one which is extremely fragile and has already been wielded as a political weapon by Ankara. That might be why the Austrian Foreign Minister conspicuously left Turkey off of his list of peripheral “parking lot” states, but also because he doesn’t expect the other countries which he listed to either be strong enough, or have the incentive, to leverage any forthcoming agreement to their grand strategic benefit vis-à-vis the EU.

The Return of Syrian Refugees, A Priority to Whom? 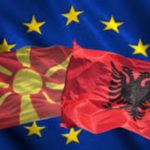 The More the EU Tightens Its Grip, the More Countries Slip Through Its Fingers
Middle EastOpinion
AustriaEURefugees