Turkey is reported to have stopped the issuance of licenses for the duty-free import of Russian wheat, corn, and other agricultural goods, thus introducing a 130% tariff for wheat in one of Russia’s largest export markets. Experts say Russia’s ban on Turkish tomatoes, and clumsy diplomacy on Ankara’s part, may be the culprits for the hard line.

On Thursday, Russia’s National Association of Exporters of Agricultural Products said that Turkey had stopped issuing licenses for the agricultural products in question. On Friday, Turkey’s Economy Ministry denied any restriction in imports, saying that Turkey complies with World Trade Organization rules.

However, Istanbul Association of Grain Exporters president Zekeriya Mete confirmed to Sputnik Turkey that the government had informed him that imports from Russia would be halted, presumably due to sanitary issues. Mete said that a simplified shipping process would continue for one to two weeks, in the interests of reducing damages to both sides, after which purchases will be suspended.

Turkey is one of the largest importers of Russian agricultural output. According to the Federal Center for Evaluation of Grain Safety and Quality, from the beginning of the current season until March 6, Russia delivered about 2 million metric tons of wheat to the country, equivalent to 46.4% of Russia’s exports of the commodity (and at least 60% of Turkey’s imports). Russia also shipped 410,000 tons of corn, or 9.3% of total exports, to Turkey. Together with Egypt and Yemen, Turkey is among the top three markets for Russian wheat.

Turkey is also an important market for Russian sunflower meal (purchasing 314,000 tons) and sunflower oil (287,000 tons); Russia is the second largest supplier of these products for Turkey after Ukraine.

Rosselkhoznadzor, Russia’s agricultural watchdog, called Ankara’s decision “very unfavorable” to Russia. The agency indicated that in such unfavorable conditions, supplies once intended for Turkey may be redirected to other countries. At the same time, the agency said that Russian exporters haven’t yet made any requests to suspend imports.

Elena Razumova, a fellow at the Analytical Center for the Russian Government, told RIA Novosti that there are a number of markets hungry for Russian wheat, including the African market, Bangladesh, Egypt and Syria. Sunflower meal can also partially be redirected to the EU, she said. As for sunflower oil, Turkey re-exports part of its imports to Syria and Iraq anyway, meaning that Russia could theoretically cut out the middleman and sell directly to these markets if the current issues can’t be resolved.

Asked about the consequences of Ankara’s move, Razumova said that in the short term, it may lead to a fall in grain prices, both in domestic and foreign markets. In the medium term, however, it could lead to a redistribution of the acreage Russian producers devote to wheat in favor of other crops.

Taking these facts into account, the question which naturally arises is: why does Ankara seem set on starting an agricultural trade war with Moscow?

Experts say that Turkish authorities’ decision is connected to Russia’s ban on Turkish tomatoes, in place since January 1, 2016. At that time, Russia had imposed a series of economic restrictions against the country after a Turkish Air Force F-16 shot down a Russian Su-24M jet operating over Syria, resulting in the death of its pilot and a serviceman sent to rescue him; that event had led to a significant deterioration in Russian-Turkish relations.

Since then, relations have steadily normalized, particularly after President Recep Tayyip Erdogan issued an apology for the incident. Last week, during President Erdogan’s visit to Moscow, the Russian government lifted the ban on the import of Turkish salt, onions, cauliflower, broccoli and other commodities. However, just a few days later, Erdogan stressed that Ankara wants Russia to further speed up the lifting of its restrictions against Turkish food items.

Russia has yet to remove its ban on certain agricultural products, including tomatoes, cucumbers, grapes, and other fruits and vegetables, as well as most poultry products. Russia’s Ministry of Agriculture has been reluctant to lift the restrictions on these items, looking to support domestic producers, who have expanded production following Turkey’s exit from the market last year.

According to Stanislav Tarasov, director of the ‘Middle East-Caucasus’ Research Center, it would be premature to suggest that Ankara’s move with the import licenses means that a worsening in Russian-Turkish relations is imminent. Still, he indicated, it definitely does seem to demonstrate that “diplomacy is not Turkey’s forte, with Ankara taking three steps back for every step it takes forward.”

Furthermore, Tarasov pointed out that measure is an indication that Turkey has decided to move away from its old policy of keeping political disagreements separate from economic relations. “Now, Ankara seems to have decided to change the rules of the game…In this new situation, Turkey’s leader is trying to gain maximum political dividends for himself, acting in a manner that is not only inconsistent, but frankly rude.” And Russia isn’t the only one that’s been affected. “For example, Erdogan does not hesitate to endanger relations with the EU, even though trade turnover between Turkey and the EU is an impressive 140 billion euros.”

Ultimately Tarasov suggested that the current situation can now be resolved in several ways. The first option is for it to be resolved in technical negotiations, before it germinates into an actual political scandal. The second option is that Ankara tightens its rhetoric, especially ahead of the April 16 referendum proposing numerous important amendments to the Turkish Constitution. There, the analyst noted, Erdogan needs to coalesce the support of a vast majority of voters for the proposed amendments to pass; hence he is playing both the anti-Western and anti-Russian cards simultaneously, catering to different groups in Turkey, and even trying to win over part of the opposition.

Only time will tell which option the Turkish leader goes with. But as far as Russia is concerned, it seems entirely unrealistic for Moscow to back down when presented with this kind of very public and very loud ‘ultimatum’ of sorts. 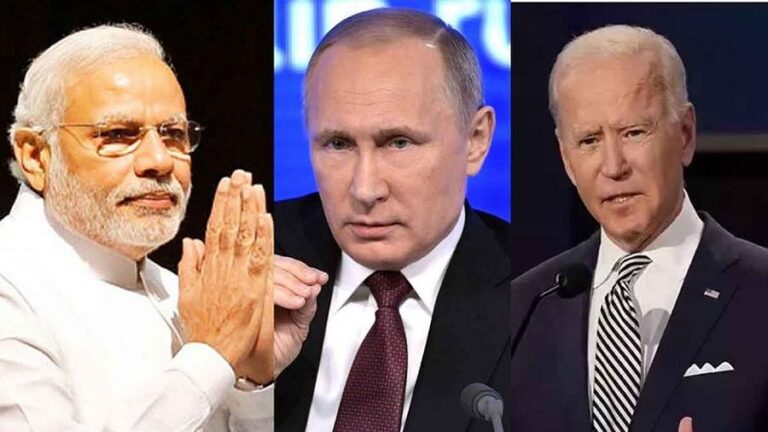 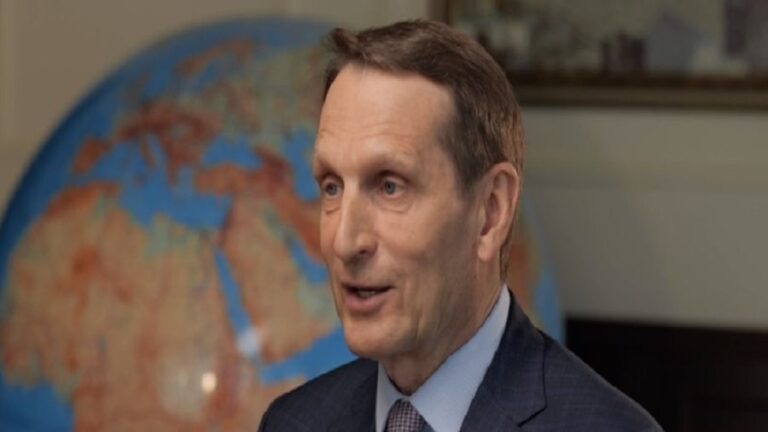 TASS reported on some key excerpts from his latest media appearance where he not only denied that his country has any “main adversaries” like during the Soviet era, but also proposed more cooperation and even a partnership with the CIA in order to fight terrorism and work more closely together on other issues of shared… 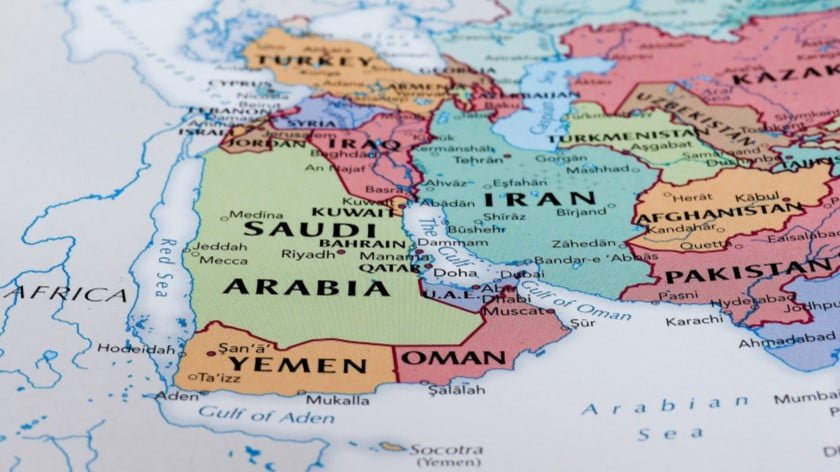 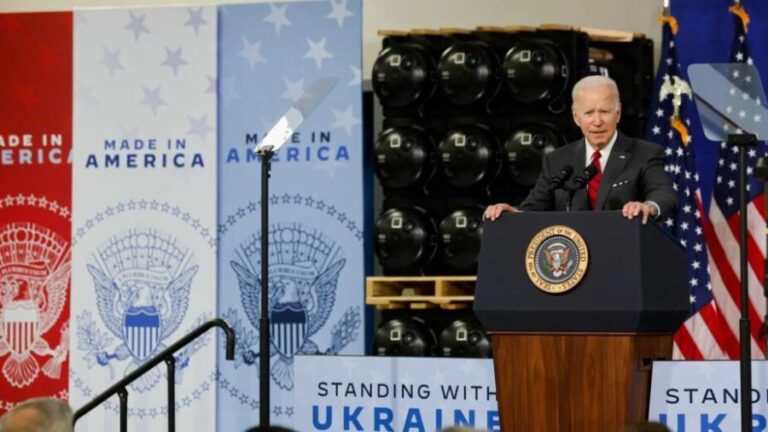 Today we are witnessing the historic endgame playing out. The current war in Ukraine is but one malignant manifestation. It’s rare for Strategic Culture Foundation to find itself in agreement with pronouncements made by American President Joe Biden. This week, Biden asserted once again that economic inflation and recession hitting the American economy are “not… 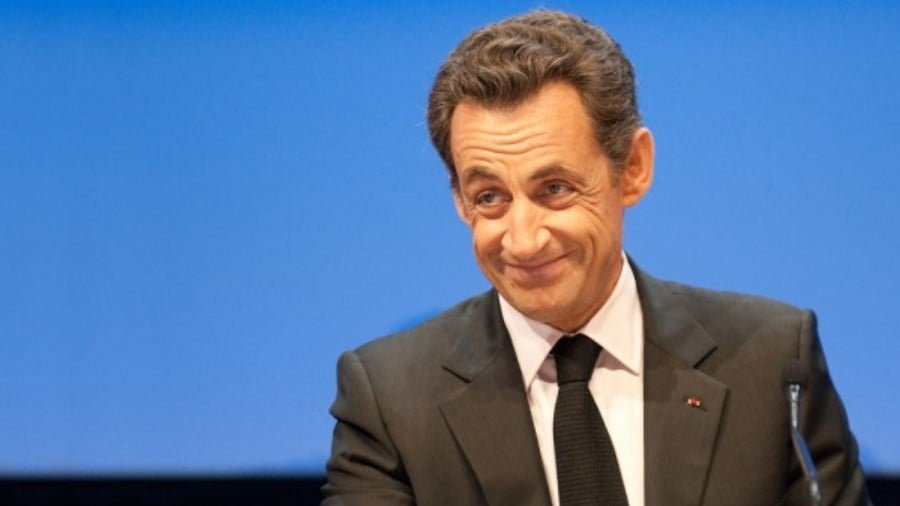 There was something refreshing about watching former French president Nicholas Sarkozy being interrogated in a French jail. Particularly since he may soon be accused of conspiracy in the murder of my old friend, Col. Muammar Khadaffi of Libya. Sarkozy and his former chief of staff, Claude Guéant, are being investigated for secretly accepting at least…