The Mother of all Bombs (MOAB), dropped by the US in Afghanistan, tells us everything about a culture that views the world through the morally indefensible prism of good Western bombs versus bad non-Western bombs.

Thus we had the gushing Western media coverage of the dropping of MOAB — the largest non-nuclear bomb in Washington’s arsenal — which was yet more evidence of the rank hypocrisy and double standards that underpin the cultural values and received truths of a country sick with an entirely misplaced belief in its own exceptionalism. This US exceptionalism, indeed, has been elevated to the status of religion, one replete with its own bible, the US Constitution, and its own sacred icons, the Stars and Stripes, Statue of Liberty, and now MOAB.

Watching footage of the bomb being dropped from the sky, as if by God in the heavens, it was impossible not to draw a comparison between this event and the dropping of nuclear bombs on the Japanese cities of Hiroshima and Nagasaki in 1945. As with the dropping of MOAB in our time, Hiroshima and Nagasaki was an event depicted as evidence of the untrammeled power and goodness of America, even as hundreds of of thousands of human beings were being incinerated below mushroom clouds that still today are the real and abiding symbols of Western democracy and the liberal values it holds so dear.

Despite the fire bombing and destruction of Dresden towards the end of the Second World War, the destruction of North Korea, Vietnam, Laos, and Cambodia in the decades following the war — or the devastation of Afghanistan, Iraq, and Libya in our time — despite this long litany of barbarism unleashed in the name of freedom and democracy, Western governments and their unfailing apologists continue to proclaim themselves moral judge over the rest of the world.

We have been witness to this grotesque parody most recently when it comes to the conflict in Syria. Unproven allegations of chemical weapons attacks, allegations concerning the wilful targeting of civilians in airstrikes, withering condemnation of the use of barrel bombs, the modus operandi of Western leaders, politicians, and their media acolytes throughout the course of the conflict has been to condemn the violence unleashed by those who refuse to bow to their writ, while justifying and praising their own. In this regard, the use of barrel bombs by Syrian government forces, and their concomitant denunciation in the West, is particularly deserving of closer examination.

There is no doubting the indiscriminate nature of barrel bombs, and thus their illegality under international law. But does their use, lamentable and wrong as it is, invalidate the legitimacy of the cause in which they are being used? It is a question that forces us to grapple with the same moral conundrum every war and conflict throws up, especially modern wars fought out in towns and cities in which civilians are present.

British philosopher, A. C. Grayling, explores this moral conundrum in depth in his book, Among the Dead Cities (2006 and 2014). Focusing on the area bombing of German cities unleashed by the Allies during the Second World War, he examines arguments both in favor of and against. He concludes with an indictment of Allied area bombing and, by extension, the Allied bombing campaign of World War II, writing:

“There is nothing abstract or theoretical about the mass murder in which bombing consists: it is real and terrible, and anything that drives the point home has its place in the debate, for in the end the effect on victims, and the atrocity of the act, are indeed one and the same in all cases — in this one crucial, central respect.”

Dropped from helicopters, barrel bombs dropped by Syrian government forces are, as mentioned, indiscriminate weapons whose effectiveness is more than offset by the widespread condemnation and opprobrium attached to their use. However, this is a conflict in which the stakes involved leave no doubt of the consequences of victory or defeat. Syria has been engaged in a struggle for its very survival as a non-sectarian, secular state against a modern incarnation of the Khmer Rouge in the shape of Daesh and Nusra Front, the dominant and most potent of the varied opposition forces engaged in the conflict. The question, then, comes down to whether barbaric methods can ever be justified when fighting barbarism?

But, then, the very premise of this question is surely problematic, in that it presupposes that war can ever be non-barbaric. To suggest it can be non-barbaric is, by definition, to ascribe a nobility and honor to war, even though in the last analysis war reveals nothing less than a breakdown in civilization and humanity.

But, no matter, for Western ideologues and liberals such a thing as a noble and good war does exist. Wars unleashed by the West are, ipso facto, good and noble wars. How could it be otherwise when they are fought in the cause of Western cultural and democratic values? As to the ocean of suffering and carnage those wars have produced — the destruction of entire countries, collapsing of entire societies and traumatizing of entire populations — this is considered, albeit usually sotto voce, the unfortunate price that must sometimes be paid in the righteous cause democracy.

Barrel bombs are bad, they would have us believe, while Tomahawk missiles are good. Innocent civilians killed by non-Western bombs are the product of barbarism, entirely in keeping with non-Western cultural values, while innocent civilians killed by Western bombs are collateral damage, mistakes that are entirely out of keeping with Western cultural values. However those who engage in such semantics, who proffer such a reductive analysis, cannot and should never be taken seriously. There is no such thing as a good bomb or a bad bomb, and no such thing as bombs that do not kill civilians when deployed against targets in towns and cities. Don’t believe me? Try asking the people of Mosul and see if I’m right. 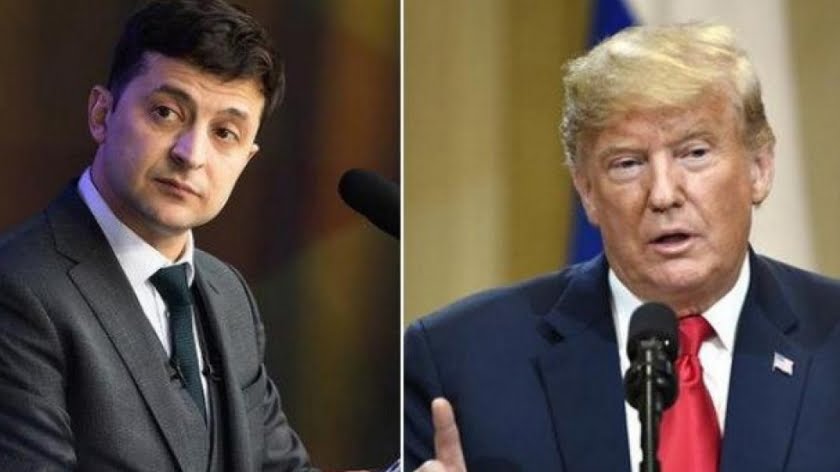 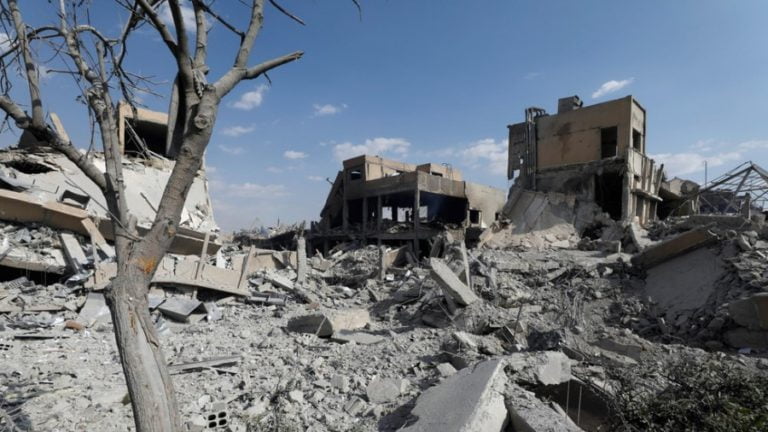 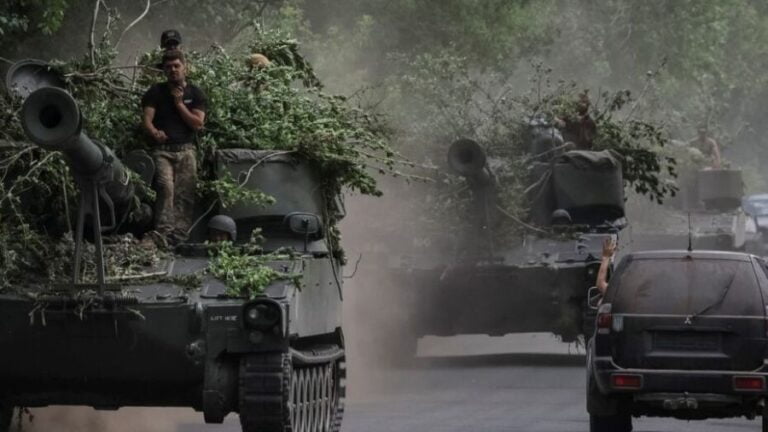 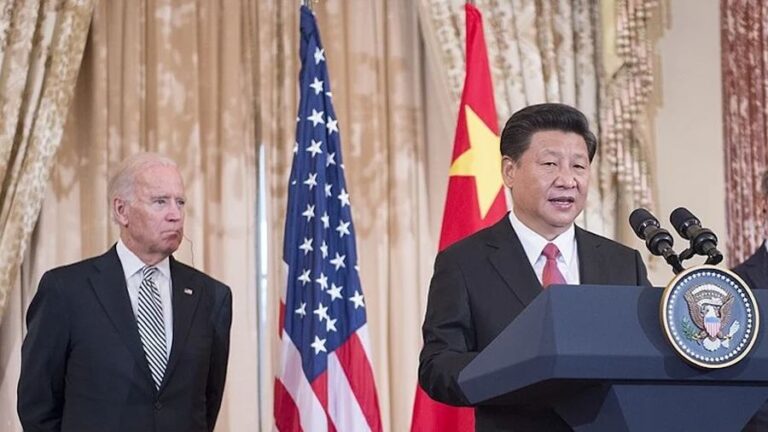 While the US seeks to distance China from Russia over the issue of Ukraine, the Chinese see Ukraine as a harbinger of things to come in the Pacific. By failing to communicate over the Ukraine issue, the US and China are inching closer to a direct military conflict over Taiwan. On Mar. 18, US President…