Upward to 60 cruise missiles fired by the US military struck a Syrian military air base near Homs – which currently constitutes the font line between Syrian Arab Army forces and multiple US State Department designated terrorist organizations, including Al Nusra and the self-proclaimed “Islamic State.”

The strike was allegedly carried out as retaliation for a supposed “chemical weapons attack” near the northern Syrian city of Idlib, which currently serves as the defacto capital of Al Qaeda forces remaining in Syria.

The strikes were carried out based on dubious claims unsubstantiated with material evidence – claims made by militants and foreign-funded fronts posing as aid organizations. Similar claims have been made, and verified as false since and including the Ghouta chemical attack in 2013.

The US decision to rush unilaterally without UN approval and before any form of formal investigation could be carried out verifies the staged nature of the attacks. Were the US confident genuine use of chemical weapons were carried out by the Syrian government, a formal investigation would not only lead to a definitive UN resolution against the Syrian government, but likely also to long-desired regime change in Damascus.

Knowing that a formal investigation would reveal the staged nature of the attack, the US has rushed into action seeking to provoke a response from the Syrian government that will retroactively justify an otherwise unjustifiable first strike.

The rushed strikes resemble a small-scale repeat of fabricated evidence produced before the US invasion and occupation of Iraq in 2003 which resulted in long-planned regime change, the destruction of Iraq as a functioning nation-state, and now well over a decade of chaos, conflict, division, and devastation.

Similar “humanitarian” grounds were used by the US in 2011 to justify direct military intervention in Libya, also resulting in regime change as well as the division and destruction of Libya as a nation-state. Libya now exists as a breeding ground for terrorist organizations and a springboard into Europe for African refugees who had for decades sought life and work in Libya before the 2011 US intervention.

It appears now that the US has taken the next, incremental step, to repeat this process of division and destruction, this time in Syria.

The northern Syrian city of Idlib currently serves as the last significant stronghold of Al Qaeda in Syria. The eastern city of Raqqa serves as a sister city for the Islamic State. Despite claims that the two groups are ideologically and strategically opposed, they have coordinated their efforts in Syria for the entirety of the Syrian conflict.

Despite Al Qaeda openly running the dysfunctional city – held together almost entirely by foreign aid – US policymakers have repeatedly called for it to be transformed into the defacto capital of an opposition government. Much like the decades-long terrorist capital of Benghazi in Libya was transformed into a front for US-backed regime change, Idlib would function as a political front as US, European, NATO, and Persian Gulf states dismembered the existing Syrian state.

With the city facing imminent liberation by Syrian forces and their allies, the staged chemical weapons attack and the rushed unilateral US missile strike that followed it seeks to slow down or entirely reverse Syrian gains versus Al Qaeda’s stronghold in Idlib.

Ironically, US President Donald Trump ran on a hardliner anti-terror platform in 2016 only to find himself presiding over a foreign policy aiding and abetting the literal perpetrators of the September 11, 2001 attacks on New York City and Washington D.C. he predicated his immigration ban list’s creation on.

The use of US cruise missiles to strike at Syria’s air force is in no shape, form, or way “President Trump’s policy.” Instead, it is merely the final execution of policy that sat on former US President Barack Obama’s desk since attempts at swift regime change failed against Syria in 2011.

The use of ‘stand-off’ weapons like cruise missiles was tabled in 2013 after a staged chemical weapons attack near Damascus, and again in 2015 after Russia’s military intervention in Syria prevented more direct use of US military force within and above Syrian territory. The use of such weapons are required due to the nature of Syria’s air defense networks.

Bloomberg in its 2013 article, “Tomahawk Cruise Missiles Likely in U.S. Strikes on Syria,” would report:

Tomahawk cruise missiles are likely to be launched at night against hundreds of Syrian targets, including some of President Bashar al-Assad’s elite military units, if the U.S. and allies launch a military strike in retaliation for the use of chemical weapons.

“I’m thinking a pretty significant initial wave” of several hundred Tomahawks “and an assessment period and maybe a second wave if we don’t think we accomplished the destruction we wanted to,” said Jeffrey White, a former Defense Intelligence Agency analyst who’s now a defense fellow with the Washington Institute for Near East Policy.

Again in 2016, the New York Times would publish in an article titled, “51 U.S. Diplomats Urge Strikes Against Assad in Syria,” that:

More than 50 State Department diplomats have signed an internal memo sharply critical of the Obama administration’s policy in Syria, urging the United States to carry out military strikes against the government of President Bashar al-Assad to stop its persistent violations of a cease-fire in the country’s five-year-old civil war.

The article would specifically mention the use of stand-off weapons like cruise missiles, claiming (emphasis added):

The memo, a draft of which was provided to The New York Times by a State Department official, says American policy has been “overwhelmed” by the unrelenting violence in Syria. It calls for “a judicious use of stand-off and air weapons, which would undergird and drive a more focused and hard-nosed U.S.-led diplomatic process.”

Clearly, then, regardless of the alleged “pretext,” the US sought to escalate military action against Syria and as an incremental prerequisite for eventual regime change, the use of stand-off weapons including cruise missiles has been part of a singular agenda since the Obama administration.

With US policy collapsing both within Syria and around the world, the veneer of partisan politics and convincing narratives used to convince Americans and the world that some sort of legitimate representative government exists in Washington has been peeled away. What is left is a dangerously desperate corporate-financier oligarchy who is pursuing its agenda openly and with little regard to public opinion, international law, or even fear of the consequences of executing such poorly laid plans in front of an increasingly aware and capable alternative “international order.” 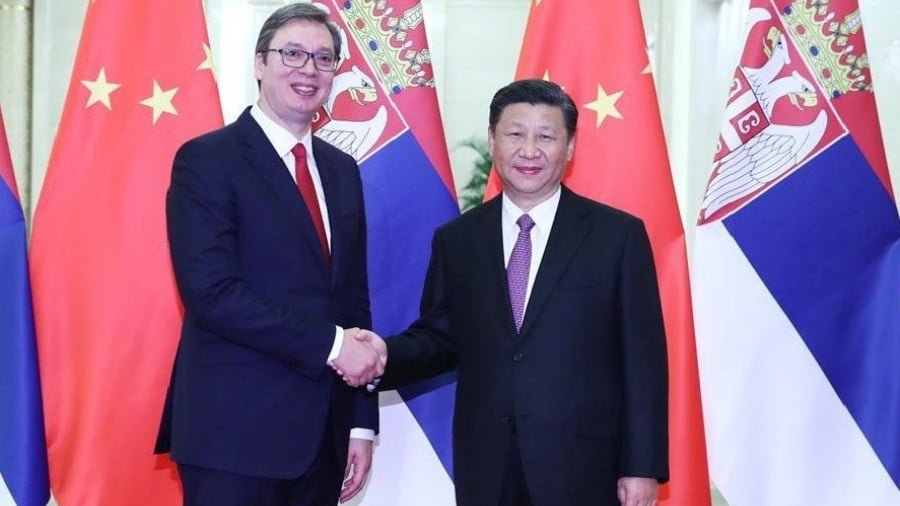 Look past the smokescreen and it’s obvious that the failing state of Serbia is dying, literally, and the only thing that can save it is if Belgrade boldly breaks with its “balancing” tradition of the past and embraces China as much as possible, albeit in a smart way that leads to substantial social investments that… 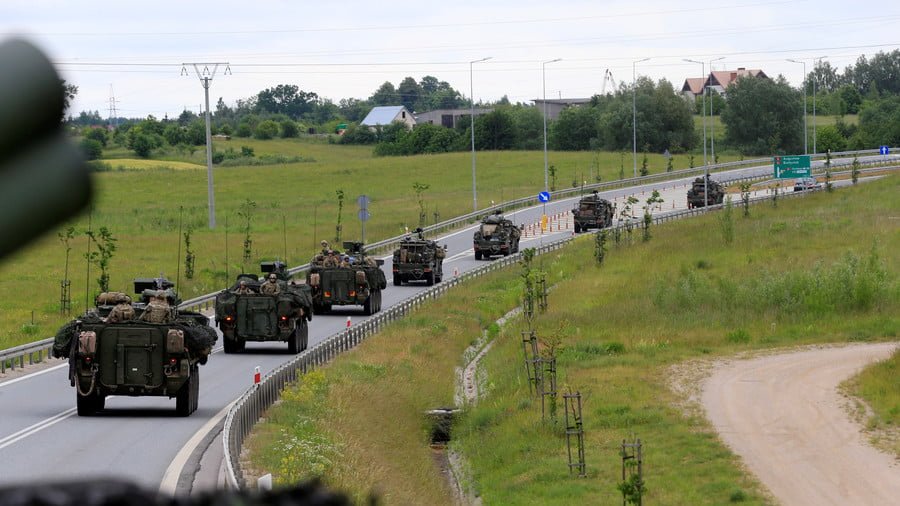 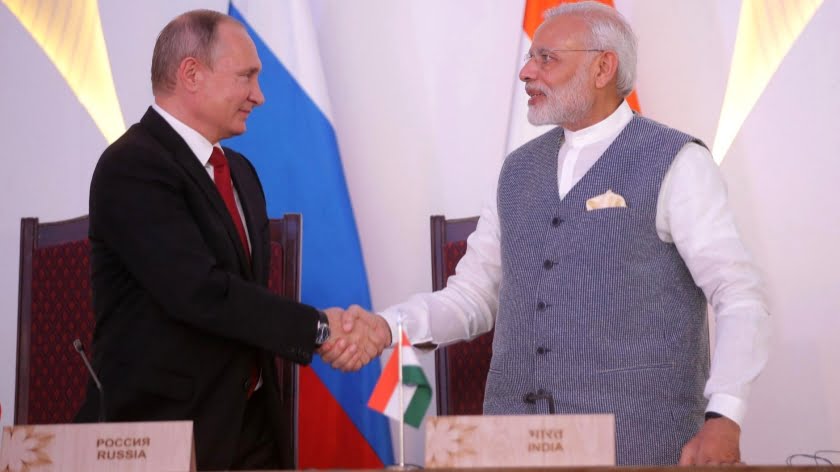 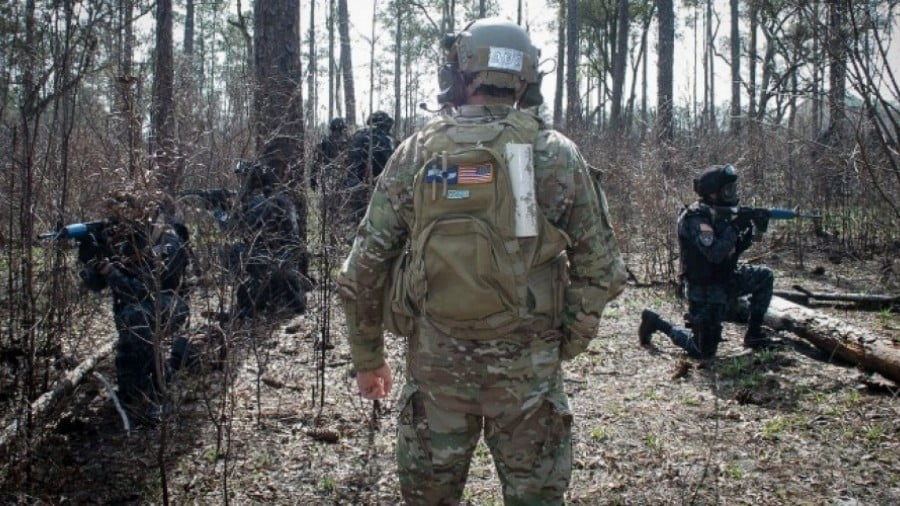 Early last month, at a tiny military post near the tumbledown town of Jamaame in Somalia, small arms fire began to ring out as mortar shells crashed down. When the attack was over, one Somali soldier had been wounded — and had that been the extent of the casualties, you undoubtedly would never have heard…