Marwan Barghouti has stopped drinking water. He started his hunger strike thirty-six days ago, together with 1,500 other Palestinians who are being held in Israeli prisons. Each day the strikers have been drinking water mixed with salt, the salt needed to keep their electrolytes functioning to stay alive, but their health has reached a critical phase in which they are experiencing vomiting, fainting and loss of vision. Barghouti, who has been in Israeli prisons for 15 years, is wagering with his own life in a bid to obtain better conditions for the 6,500 Palestinians in Israeli detention, most of whom have been imprisoned on faux terrorism related charges by military tribunals that have a 90% conviction rate. Nearly 500 children are among the prisoners, some of whom are only 12 years old, and there are also an estimated 500 Palestinians held in administrative detention, which permits the Israeli authorities to confine them indefinitely without any charges or any trial.

The Israeli authorities describe the hunger strike as a “violation of prison rules.” In the past, they have responded to such protests by bringing in doctors to help restrain and supervise force feeding of the strikers, but the practice proved very controversial among members of the medical profession and has been suspended, though there have been suggestions that “foreign” doctors might be brought in to do the dirty work. So it is to be presumed that the strike will continue until the protesters either win, begin to die or choose to cease and desist.

I have had the pleasure of speaking recently with Marwan’s youngest son Arab, a graduate of St. Mary’s College of California with a master’s degree in financial analysis, who has begun a campaign to publicize his father’s resistance against the Israeli prison authorities. He has been asking supporters to themselves drink salt water as a sign of solidarity with the hunger strikers. Many prominent Palestinians have done so publicly and the practice has become widespread both in Gaza and on the West Bank as well as among activists in Europe and the United States. It is also gaining strength on the social media, most particularly on Facebook, with videos of supporters of the Salt Water Challenge Salt Water Challenge inviting their friends to join the movement. Hunger striking is the ultimate personal statement, a peaceful form of protest that can only be effective if it helps to mobilize other forces to bring about change. With that in mind, the account of the suffering of Marwan Barghouti and his comrades in prison deserves the widest possible dissemination worldwide.

Marwan Barghouti is, not surprisingly, a controversial figure. His resistance to the Israeli occupation of his homeland began early at age 15 when he joined Fatah and eventually went on to co-found the organization’s youth movement. He later assumed leadership of its paramilitary wing Tanzim, though he eventually distanced himself from Fatah due to its corruption and for a short time headed his own reform party. He subsequently rejoined Fatah in 2006 and is now a member of the Palestinian Parliament. He is widely regarded as the most popular of Palestinian leaders even though he is in prison, or perhaps in part because of that.

Barghouti’s biography reads like a work of fiction. One of seven children, his father was a migrant worker. He completed high school while in an Israeli prison, where he learned Hebrew, and then went on to complete a BA in history and political science followed by an MA in international relations, both at the Palestinian Birzeit University. It required 15 years to complete his degrees because he was exiled to Jordan by the Israelis from 1987 to 1994 for his involvement in the First Intifada after being charged with “incitement,” a favorite catch-all phrase frequently used by Israel to indict anyone who is perceived as an opponent or critic when no actual charges can be plausibly supported by evidence.

Marwan Barghouti was indeed prominent in both the First and Second Intifadas due to his undoubtedly correct belief that a powerful Israel had no interest in any peaceful accommodation with the beleaguered Palestinians. He supported sometimes violent resistance and provocations directed at Israeli soldiers and settlers on the West Bank, though he did not consider Israeli citizens inside Israel legitimate targets. In 2002, he was arrested in Ramallah by the Israelis during the Second Intifada and eventually convicted of five counts of murder plus additional charges. He was given the maximum sentence of five cumulative life sentences for the alleged murders plus forty additional years for attempted murder and membership in an illegal organization.

In his trial Barghouti denied everything but refused to defend himself, claiming that the court had no jurisdiction and that he was legitimately resisting the Israeli occupation of his home. No one was able to demonstrate that he had actually killed anyone but the prosecution insisted that he had given the orders to do so. It should be noted that it was a political rather than a criminal event and completely illegal as he was a Palestinian living in Ramallah who was being tried in an Israeli court and sentenced to prison in Israel. The Inter-Parliamentary union subsequently reviewed the case and found that it had violated the accused’s rights and that numerous international legal agreements and norms were contravened.

Since 2002, there have been growing demands for Marwan Barghouti’s release, including from some Israeli politicians and peace groups, based on his relative moderation and desire to see a peaceful transition into a two-state solution for Israel and Palestine. He has sometimes been likened to Nelson Mandela as someone who could potentially bring order and justice to an apparently intractable situation. Barghouti is undeniably more popular than either Mahmoud Abbas of Fatah or Ismail Haniya of Hamas. If he were free and an election were held today, he would undoubtedly be elected Palestinian president.

It is important to understand the context of the plight of the Palestinian prisoners to appreciate where Barghouti’s struggle for Palestinian rights derives from. Israel shoots to kill Arab demonstrators, including children, who throw stones. It engages in illegal mass, arbitrary arrests of Palestinians who do not reside in Israel but are nevertheless subject to control by the Israeli military authorities who have a relatively free hand on the West Bank. Once convicted by a military court, which is almost always the case, the prisoners are then held in Israel, a violation of international law, while their homes back in the Palestinian territories are frequently demolished to collectively punish the families. The trip through Israeli security barriers from the West Bank to the prisons requires 20 hours travel each way, leading to a 45 minute visit with a barrier in between so no one can actually see anyone else. A one visit per year limit for anyone over 16 is part of a process intended to further punish the families. Prisoners are routinely tortured by Israel, including the “Palestinian Chair”, an excruciating procedure which was developed by the Israel Defense Force’s interrogators and later taught to Americans and used at Abu Ghraib. Hundreds of Arabs have also been killed while in custody and reports of organ harvesting have surfaced in the international media.

Over the past fifty years, an estimated 800,000 Palestinians have been imprisoned by Israel at one time or another, fully 40% of the adult male population. Meanwhile, Israeli settlers run amok on the West Bank, protected by the police and army as they attack Palestinians at random and systematically destroy their livelihoods. They are rarely arrested and, if they are, they are tried in Israeli civil courts where they are nearly always acquitted. It is a situation that would be unimaginable nearly anywhere else in the world but Israel gets away with it due to a sympathetic Jewish dominated media in the U.S. and lickspittle politicians worldwide who can easily be bought or coerced.

Numerous international laws and the Geneva Conventions have been violated in the horrific treatment of the Palestinians but Israel continues to act with impunity. Israel’s colonial occupation and theft of Palestinian land are illegal and have been frequently condemned by world bodies like the United Nations. The United States agrees that the settlements are illegal, though it avoids the word, but it balks at calling out the brutal Israeli military occupation for what it is. The U.S. has also served as Israel’s protector in the U.N. and elsewhere, meaning that there is no pushback against Israeli actions that is in any way commensurate to the crimes that its government commits.

The current American Ambassador to the U.N. Nikki Haley is a virtual echo chamber for Israel’s Foreign Ministry. She sells out U.S. interests to pander to the powerful domestic Israel Lobby which uses its money and political access to corrupt American politicians as well as judicial processes worldwide, as Alison Weir has recently demonstrated with her brilliant analysis of how any criticism of Israel is now being conflated with anti-Semitism and increasingly regarded as a universal “hate crime.”

Israeli apologists like to frame the Palestinian “problem” as a group of unredeemable terrorists who have to be dealt with harshly, a narrative that portrays all Arabs as a threat. But the reality is that Israel has overwhelming power and exercises brutal control over the Palestinian population, which is treated as if it were subhuman. Indeed, many Israelis believe that Arabs are subhuman and deserve to be “ethnically cleansed.” But a people under occupation, even if relatively powerless, has a right to resist under international law, to include the use of violence, which is what the two Intifadas were all about.

One has to hope that Marwan Barghouti succeeds in his resistance and that his son Arab will be able to reach the widest possible audience to publicize what exactly is going on in Israel’s prisons and by extension in its cruel occupation and settlement of what remains of Palestine. And we should not forget other prisoners of conscience like Israeli nuclear whistleblower Moredechai Vanunu, who has yet again had his liberty restricted by the country’s Supreme Court. Israel is an essentially racist police state in spite of its frequent boasts about its alleged democracy but the important message for us Americans is that we have unfortunately served as Benjamin Netanyahu’s enablers. The Palestinians deserve a state of their own and the time has come for the United States to demand that Israel free all political prisoners like Marwan Barghouti and allow that to happen. 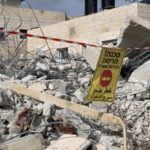 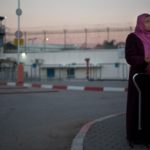 Could a New Palestinian-Israeli Prisoner Exchange Be in the Works? 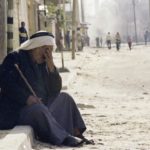 The Hopelessness Discourse: How Palestinian Pessimism Could Spark a Much-Needed Rebellion 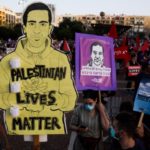 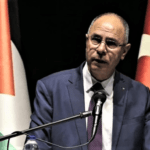