Emmanuel Clinton and the Revolt of the Elites

So in the end the West was saved by the election of Emmanuel Macron as President of France: relief in Brussels, a buoyant eurozone, rallies in Asian markets.

That was always a no-brainer. After all, Macron was endorsed by the EU, Goddess of the Market, and Barack Obama. And he was fully backed by the French ruling class.

This was a referendum on the EU – and the EU, in its current set-up, won.

Cyberwar had to be part of the picture. No one knows where the MacronLeaks came from – a last minute, massive online dump of Macron campaign hacked emails. WikiLeaks certified the documents it had time to review as legitimate.

That did not stop the Macron galaxy from immediately blaming it on Russia. Le Monde, a once-great paper now owned by three influential Macron backers, faithfully mirrored his campaign’s denunciation of RT and Sputnik, information technology attacks and, in general, the interference of Russia in the elections.

The Macron Russophobia in the French media-sphere also happens to include Liberation, once the paper of Jean-Paul Sartre. Edouard de Rothschild, the previous head of Rothschild & Cie Banque, bought a 37% controlling stake in the paper in 2005. Three years later, an unknown Emmanuel Macron started to rise in the mergers and acquisitions department, soon acquiring a reputation as “the Mozart of finance.”

After a brief stint at the Ministry of Finance, a movement, En Marche! was set up for him by a network of powerful players and think tanks. Now, the presidency. Welcome to the revolving door, Moet & Chandon-style.

See you on the barricades, babe

In the last TV face-off with Marine Le Pen, Macron did not shy from displaying condescending/rude streaks and even raked some extra percentage points by hammering “Marine” as a misinformed, corrupt, “hate-filled” nationalist liar who “feeds off France’s misery” and would precipitate “civil war.”

That may in fact come back to haunt him. Macron is bound to be a carrier of France’s internal devaluation; a champion of wage “rigor,” whose counterpoint will be a boom of under-employment; and a champion of increasing precariousness on the road to boost competitiveness.

Big Business lauds his idea of cutting corporate tax from 33% to 25% (the European average). But overall, what Macron has sold is a recipe for a “see you on the barricades” scenario: severe cuts in health spending, unemployment benefits and local government budgets; at least 120,000 layoffs from the public sector; and abrogation of some key workers’ rights. He wants to advance the “reform” of the French work code – opposed by 67% of French voters – ruling by decree.

On Europe, the only thing “Marine” said during the campaign that was closer to the truth was that “France will be led by a woman, either me or Mrs Merkel.”

Macron is more likely to be the new Tony Blair or, in a more disastrous vein, the new [former Italian PM Matteo] Renzi.

The real game starts now. Only 4 in 10 voters backed him. Abstention reached 25% – about one-third if spoilt ballots are counted. It will be virtually impossible for Macron to come up with a parliamentary majority in the upcoming elections.

France is now viciously divided into five blocks – with very little uniting them: Macron’s En Marche! movement; Marine Le Pen’s National Front, which will be recomposed and expanded; Jean-Luc Mélenchon’s Disobedient France, which is bound to lead a New Left; the shattered Republicans, or the traditional French Right, which badly needs a new leader after the François Fillon debacle; and the virtually destroyed Socialists post-Hollande.

An Orwellian shock of the new

Contrary to global perceptions, the biggest issue in this election was not immigration, it was actually deep resentment toward the French deep state (police, justice, administration) – perceived as oppressive, corrupt and even violent.

Even before the vote, the always sharp and delightfully provocative philosopher Michel Onfray, author of Decadence, the best book of the year and founder of the Popular University of Caen, identified some of the main players behind the Macron bandwagon: the “bellicose” philosopher Bernard-Henri Levy; Le Monde’s Pierre Bergé; Jacques Attali – who almost single-handedly turned the Soclalists into hardcore neoliberals; eminence grise Alain Minc; former MSF head Bernard Kouchner; and former May 1968 stalwart Daniel Cohn-Bendit – “In other words, the feral promoters of a liberal policy that allowed Marine Le Pen to hit her highest score ever.”

All of the above are faithful servants of the French deep state. I have outlined in Asia Times how the Macron hologram was manufactured. But to see how the deep state managed to sell him, it’s essential to refer to philosopher Jean-Claude Michea, a disciple of George Orwell and Christopher Lasch, and author of the recently published Notre Ennemi, Le Capital.

Michea studies in detail how the Left has adopted all the values of what Karl Popper dubbed “open society.” And how media spin doctors molded the term “populism” to stigmatize the contemporary form of Absolute Evil. Marine Le Pen was ostracized as “populist” – while media propaganda always refused to note that National Front voters (now 11 million) come from the “popular classes.”

Michea emphasizes the original, historical meaning of “populism” in Czarist Russia; a current within the socialist movement – much admired by Marx and Engels – according to which peasants, artisans and small entrepreneurs would have their place of honor in a developed socialist economy. During May 1968 in France nobody would have thought that populism could be equated with fascism. That only happened in the beginning of the 1980s – as part of the new Orwellian language of neoliberalism.

Michea also notes that now it’s much easier to be a Left neoliberal than a Right neoliberal; in France, these Left neoliberals belong to the very closed circuit of the “Young Leaders” adopted by the French American Foundation. French Big Business and high finance – essentially, the French ruling class – immediately understood that an Old Catholic Right candidate like François Fillon would never fly; they needed a new brand for the same bottle.

Hence Macron: a brilliant repackaging sold as change France can believe in, as in a relatively soft approach to the “reforms” essential to the survival of the neoliberal project.

What French voters have – sort of – endorsed is the unity of neoliberal economy and cultural liberalism. Call it, like Michea, “integrated liberalism.” Or, with all the Orwellian overtones, “post-democratic capitalism.” A true revolt of the elites. And “peasants” buy it willingly. Let them eat overpriced croissants. Once again, France is leading the West. 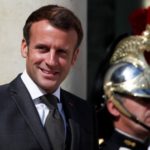 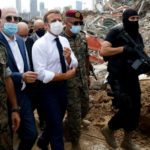 Hands off Lebanon: Macron’s Self-serving ‘New Pact’ Must Be Shunned 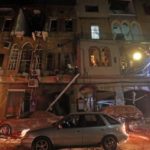 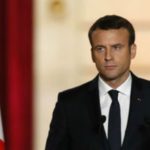 Did Macron and Johnson Negotiate a Hard Brexit in October?

Is Macron Right? Is NATO at 70 Brain Dead?

The End of NATO? Macron Laments ‘Brain Death’ and Pushes for a European Military