The harmful effects of energy drinks go beyond their caffeine content, a recent study revealed. According to the authors, a large number of research have long established that energy drinks may adversely affect cardiac health, but none has actually examined the safety of the other ingredients. There are more than 500 energy drink products available in the market today. While both manufacturers and fans claim that these drinks are just as safe as caffeine, an increasing number of associated emergency department visits and deaths say otherwise. The U.S. Food and Drug Administration (FDA) considers caffeine doses of up to 400 mg as generally safe. Aside from caffeine, energy drinks were found to contain four ounces of sugar, several B vitamins and an energy blend of taurine and other ingredients.

As part of the study, a team of researchers at the University of the Pacific in Stockton, California enrolled 18 healthy participants who were instructed to drink a commercially-available energy drink and a formula with the same caffeine content but none of the other ingredients. The research team also measured the participants’ blood pressure levels and electrocardiogram readings.

The experts found that the participants’ blood pressure levels rose by nearly five points, and remained high for up to six hours. In contrast, drinking the formula resulted in less than one point increase in blood pressure levels. While the changes did not appear worrisome for healthy individuals, the research team warned that people with heart condition should exercise caution in consuming these beverages.

“The energy drink industry claims that their products are safe because they have no more caffeine than a premium coffee house coffee. However, energy drinks also contain a proprietary ‘energy blend,’ which typically consists of stimulants and other additives. Some of these ingredients (including taurine and guarana) have not been FDA-approved as safe in the food supply, and few studies have tested the effects of caffeine consumption together with these ‘novelty’ ingredients. On top of that, energy drinks are highly marketed to adolescent boys in ways that encourage risky behavior, including rapid and excessive consumption. As a result, emergency room visits by young people in connection with energy drinks are rising,” said outside expert Dr. Jennifer L. Harris from the University of Connecticut’s Rudd Center for Food Policy and Obesity in a cautionary report in Reuters.com.

The findings were published in the Journal of the American Heart Association.

An analysis in 2013 also noted that energy drinks triggered prolonged electrical activation in cardiac ventricles. This prolonged activation was associated with the onset of life-threatening arrhythmia. The analysis also revealed that energy drinks elevated the consumers’ blood pressure levels by more than three points. The findings were presented at the American Heart Association‘s 2013 Scientific Sessions in New Orleans.

In addition, a small study in 2007 showed that drinking two cans of energy drink a day may raise blood pressure and heart rate in otherwise healthy adults. To carry out the study, researchers at the Wayne State University in Detroit enrolled 15 healthy adults and found that the participants’ maximum systolic blood pressure increased by as much as 9.6 percent, and diastolic blood pressure grew by as much as 7.8 percent within four hours of drinking the energy beverages. The participants’ heart rate also rose by as much as 11 percent. The findings were presented at the American Heart Association’s 2007 Scientific Sessions in Orlando, Florida. 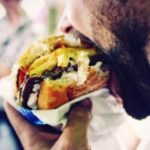 We’ve Spent a TRILLION Dollars on Statins to Lower Cholesterol, Yet Cardiovascular Deaths Have Gone UP

Are Energy Drinks Bad for You?