International pressure on India to resolve the festering Kashmir conflict is likely to increase in the coming months. The situation in the Kashmir Valley, the epicenter of a powerful Pakistan-backed armed insurgency against the Indian state since 1990 and the main bone of contention in the India and Pakistan territorial dispute, has deteriorated over the past year.

India-Pakistan relations have frayed significantly, with the recent mutilation of the bodies of two Indian soldiers, which India described as “a strong act of provocation” by Pakistan, likely to trigger a robust Indian military response.

The fragile situation in the region has already sparked outside interest.

In April, the US ambassador to the United Nations, Nikki Haley, announced that the US was “concerned about the relationship between India and Pakistan” and keen to be part of a process to “de-escalate any sort of conflict going forward.” Members of the National Security Council and even President Donald Trump could be expected to participate in such a process, she said.

India firmly rejected the US offer.

More recently, on the eve of his visit to India this week, Turkey’s President Recep Tayyip Erdogan called for a “multilateral dialogue” on the Kashmir issue and offered to help resolve the conflict.

This offer was rejected, with India reminding Erdogan and other interested mediators that the Kashmir issue is a bilateral matter between India and Pakistan, and that there is no scope for third-party mediation.

There has been an alarming increase in the number of local boys joining the militants.

International pressure on India regarding Kashmir had subsided significantly over the past 15 years or so, as a normalcy of sorts had been restored in the Kashmir Valley. Besides, Pakistan’s image as a sponsor of terrorism had earned India international support on the Kashmir issue. Global powers and international organizations, including the UN, toned down their unsolicited offers to act as mediators in the conflict. They avoided meddling or advising India on how to address the problem.

That appears to be changing now.

Over the past year, and especially following the killing of Burhan Wani, a Hizbul Mujahideen “commander” by India’s security forces in July, protests by large crowds of stone-throwing youths have escalated in the Kashmir Valley. India’s use of pellet guns to quell these protests has left thousands of protestors badly injured, blind or dead. Additionally, videos of Indian security forces using Kashmiri civilians as human shields and the Indian government’s endorsement of such tactics have intensified Kashmiri rage.

There has also been an alarming increase in the number of local boys joining the militants. Attacks by them on the security forces, political activists, army camps and police stations have increased.

The violent unrest in Kashmir has received wide coverage in the international media. Only a few years ago, western publications were carrying articles on skiing and trekking in Kashmir, but now it is images of Kashmiri teenagers blinded by pellets and girls pelting stones at the security forces that dominate media coverage of Kashmir. Editorials are sharply castigating India for adopting “brutal military tactics.”

But Delhi is showing no signs of rolling back its muscular and militaristic approach to the unrest in Kashmir.

Last week, India’s Hindu nationalist Bharatiya Janata Party (BJP)-led government ruled out talks with the separatists, who are looked upon as proxies of Pakistan.

As the situation in Kashmir assumes crisis proportions, the government is persisting with a military approach that did not address Kashmiri alienation in the past and is likely to do so in future. It should be reaching out to all sections of Kashmiri society irrespective of their political aspirations and ideologies. Even if the separatist organizations are pushing Pakistan’s agenda, New Delhi needs to hear them.

The Narendra Modi government’s iron-fisted approach to Kashmir is doomed to fail over the long run. It will deepen divisions in the state of Jammu and Kashmir and other parts of India. It will weaken India at home and put it on the defensive abroad.

India Lost Its Last Chance to 'Save Face' Before China 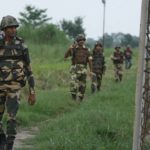 Is Washington Provoking India to a War With China?
Opinion
IndiaKashmir