The unforgettable Middle East still does not allow anyone to forget about it – neither diplomats, nor politicians, nor political scientists. The entire world is closely watching the development of rather dangerous events in the Arabian (Persian) Gulf region. Pessimists predict either a third World War or at least armed hostilities among a number of the Arab countries led by Saudi Arabia and Iran. At the same time, they recall the prophetic words of Henry Kissinger and Brzezinski, who went to a better world, that, should another world war break out, it would begin in the Gulf region. The predictions of many global prophets ranging from the famous Nostradamus, Casey, Vanga to the current extrasensory dealers quite successfully agree with such an outcome.

However, there is another category of people who feel quite optimistic about the events in the region. They believe that everything will be fine, and that we are now observing the next game of the politicians and the desire of some Arab rulers to increase their power. They provide as an example events that occurred several years ago when a similar conflict arose between Qatar and the rest of the Cooperation Council for the Arab States of the Gulf. At that time, the Qatar-Arab disagreements were settled when Doha gave up some ground.

Now, however, the fire of conflict between Saudi Arabia and Qatar has flared up again, and according to the statements of the confronting parties, there are no plans for a retreat. Another feature of the conflict is the fact that the both states are headed by young and ambitious governors. 37-year old Emir of Qatar Tamim bin Hamad Al Thani came into power several years ago as a result of a bloodless coup, when his father Hamad bin Khalifa Al Thani abdicated the throne. The two still maintain good relations. On the other hand, he is opposed by another young man, the Crown Prince Mohammed bin Salman, who is believed to become the next king after the death of his very old father Salman.

In accordance with the Arabian tradition established at the time of the Kingdom founder, the great bin Saud, Saudi Arabia is considered the elder sister of the rest of the Emirates – Kuwait, Qatar, Bahrain, and the UAE. For many decades prior to the discovery of oil and gas fields, Riyadh was an indisputable authority for the rest of the Arabian Peninsula. The Sultanate of Oman was out of the zone of Saudi interests, and, in addition, its rulers have always pursued a foreign policy different from the Saudis. The Saudis preferred not interfere in Yemen, as they had no interests there and no desire to cope with the stubborn wild tribes who had never subordinated to anyone.

However, the situation started to change gradually. The huge gas and oil reserves found, as well as the major revenues from them, allowed the Emirates to pursue their own independent policy that did not always coincide with that of the Saudis. It is especially true for Qatar, which was the last one to receive dividends from oil and gas, but accumulated such huge wealth due to a small population that the Qatar people literally do not know what to do with it. Qatar is now one of the richest states of the world. According to IMF, the country has been leading the world in terms of GDP per capita (114.5 thousand dollars) for the past several years, is ranked the third in the world in terms of the largest natural gas reserves, and is the 6th largest exporter of natural gas in the world and a major exporter of oil and oil products (21st in the world). It is quite natural that after having accumulated such huge wealth, the Qatari rulers have gone mad, and now claim to be independent in political affairs without looking back to their “elder sister”.

In his turn, Mohammed bin Salman is striving to accumulate the political capital to become the next king, bypassing the Crown Prince Mohammed bin Nayef Al Saud. Trying to manage foreign and financial policy, the son of the King has suffered only setbacks recently. His policy on the “black gold” price reductions has failed completely. As a result, the Kingdom’s budget is deficit-ridden for the first time in its history. There is even a question of selling a stake in the Saudi pearl –ARAMCO Oil Company. The Saudi attempts to remove the legally elected President of Syria Bashar al-Assad have also failed. Huge sums of dollars have been spent in vain for various terrorist groups, gangsters and criminals that were completely crushed by the Russian Air Forces that defended the rightful cause of the Syrian people. In addition, the Saudi aggression in the neighbouring Yemen has failed to reinstate the Saudi governors.

In these very difficult conditions, Prince Mohammed has decided to threaten at least the Qatari emir whose army is luckily much smaller than the Saudi army, and Riyadh could enter its troops into the territory of the neighbouring emirate without any effort like was the case in Bahrain. The most interesting thing was that after the decision had been taken, the reason for it was promptly found. Professional hackers quickly hacked into the web-site of the State Information Agency and located “provocative” statements of Qatari leaders on their desire to establish normal relations with Iran. The official statements by Doha on the fake news were ignored by Riyadh, which launched an attack with its Arab “allies” against the Qatari. Given the fact that Qatar has the only land border with Saudi Arabia, from which the Qatari receive food and all the goods necessary for life, severe sanctions have been imposed following the American example. Apparently, the Saudis, following the example of Adolf Hitler who wanted to kill the residents of Leningrad with the bony hand of hunger, decided to crush the small emirate in every way and deploy their troops there.

Nevertheless, this is only part of the plan elaborated in Washington. The second part is the double terrorist attack in Iran, which has not faced any protests for a decade. However, no one can dispute the fact that during his first official visit to the region, Donald Trump enthusiastically praised the monarchy of Saudi Arabia, not realizing that because of its unprofessional behaviour, it often became the culprit of mass riots in the region that were called the “Arab Spring”. Apparently, Washington has completely forgotten the sad events of 9/11. But again, this terrible day might have been planned and carried out by the American establishment against the American people.

The further reaction of Washington blends seamlessly in the conspiracy theory against Qatar and Iran. As if pretending to forget that the largest American military base is located in Qatar, Mr. Trump has actively supported the Saudis by posting a series of his famous Tweets like: “So good to see the Saudi Arabia visit with the King and 50 countries already paying off. They said they would take a hard line on funding extremism, and all reference was pointing to Qatar. Perhaps this will be the beginning of the end to the horror of terrorism!”

In any case, failing in Syria and Yemen, the Saudis are now trying to take revenge at the expense of Qatar and Iran with the help of the Americans. As we see, this policy of Riyadh agrees perfectly with Washington’s criminal plans to aggravate the situation in the Arabian Gulf region. It was not for nothing that the agreements on sending huge arsenals of weapons to Saudi territory were urgently signed. As is known, the weapon will be used sooner or later, and the gun will fire. 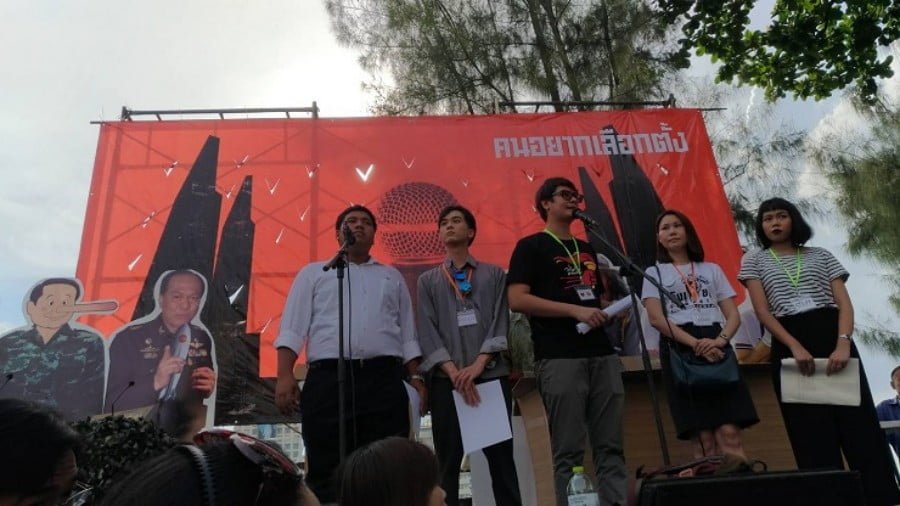 While US-led regime change in Syria continues to make headlines, it is important for the public to be aware and stay ahead of other US-led campaigns to target, destabilise and overthrow the political orders of other nations around the globe. Observers of the ongoing crisis in Ukraine have warned about potential violence as the US… 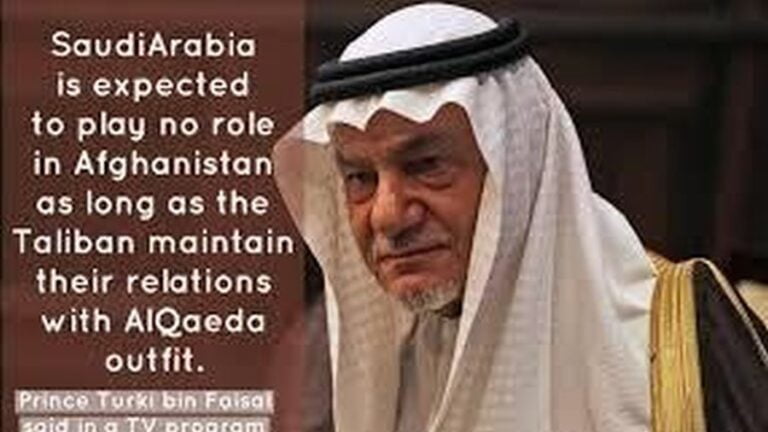 Prince Khalid bin Salman may not have planned it that way but the timing of his visit to Moscow last week and message to Washington resounded loud and clear. The Saudi deputy defence minister was signalling by not postponing the visit that he was trying to hedge the kingdom’s bets by signing a defence cooperation…