The United States will again escalate the war in Afghanistan.

Sixteen years ago the U.S, invaded the country and decided to eliminate the ruling Taliban for something that was planed elsewhere by a different group. Since the invasion the U.S. tried to defeat the Taliban. It has lost that fight. As soon as it leaves Afghanistan the Taliban will be back in power. But no one is willing to pull the plug on the nonsensical military approach.

The Taliban are part of Afghanistan and a significant segment of the population supports them. When the U.S. invaded Afghanistan it put the brutal and utterly corrupt warlords back into power. These were exactly the people the Taliban were created to hold down and the reason why they could take power in the first place. While demanding a strict religious life the Taliban successfully took care of local security and eliminated the lawless and corrupt rule of the warlords.

It is no wonder then that a large part of the population wishes to have them back in power.

The U.S. supported government in Kabul is utterly corrupt. The Afghan military and police the U.S. pays is likewise only motivated by money. It is not willing to fight. It takes high casualties during Taliban attacks and therefore avoids contact with them whenever possible. Some 60 % of the country is now more or less back under Taliban control. The government’s say is restricted to the bigger cities.

It is obvious that this trend will continued and sooner or later the Taliban will be back in power. The only sensible strategy is to negotiate with them and to find some solution that allows them to rule while they guaranteeing that no harm will emanate from Afghanistan for the rest of the world.

But no one in the U.S. is willing to take responsibility for that. Who would want to be blamed for “neglecting” Afghanistan when another 9/11 happens – as unlikely as that might be? Therefore additional troops need to be send whenever the Taliban seem to gain the advantage over the puppet government forces.

President Trump has punted on the issue and has given full authority to the Defense Department to continue the war in Afghanistan with as many troops as it sees fit. It is now the generals, not Trump, who will be blamed should things in Afghanistan go wrong. But the military has no idea what to do about Afghanistan.

Yesterday the Secretary of Defense Mattis was asked during a Congress hearing what “winning” in Afghanistan would mean:

The idea, [Mattis] said, would be to drive down the violence to a level that could be managed by Afghan government forces with the help of American and allied troops in training their Afghan counterparts, providing intelligence and delivering what Mr. Mattis called “high-end capability,” an apparent allusion to air power and possibly Special Operations forces.

The result, he said, would be an “era of frequent skirmishing,” but not a situation in which the Afghan government no longer faced a mortal threat.

Winning in Afghanistan is an “era of frequent skirmishes” in which the proxy government is continuously endangered? That does, of course, not make any sense. It is a holding strategy that will only work as long as the general framework stays the same. Should the Taliban change their strategy or a new actor come in the “holding” strategy will be finished.

One new actor is already there. An Afghan variant of the “Islamic State” just kicked out the Taliban from the Tora Bora cave complex near the Pakistani border. Tora Bora was once though to be the retreat area of Al-Qaeda’s Osama Bin-Laden and was attacked during the U.S. invasion in 2001/2.

But who is behind the Islamic State Khorasan Province’s (ISKP) in Afghanistan? Most of its fighters seem to be former Taliban who either defected in Afghanistan or were kicked out of Pakistan when the Pakistani military put pressure on their home areas. The real question now is who pays them and what do they want?

Officially no one seems to know.

For the warlords in Afghanistan the U.S. occupation has become a huge source of money. The U.S. pays them for protecting the goods shipped in from the states  and elsewhere. It is a protection racket. Should the U.S. not pay, its convoys will be attacked by “Taliban”. As soon as it pays the local warlords, the “Taliban” will be defeated and the area will be clear again for the trucks to pass. The money the Afghan government receives is likewise dependent on a continuation of the U.S. occupation. No one in the ruling class of Afghanistan has an interest in ending that. The government in Kabul will do nearly anything to keep its money source available.

That may well be the reason why ISIS in Afghanistan was created. It was feared in Kabul that sooner or later the U.S. would find a compromise with the Taliban and leave the country. A new reason had to be found to continue the war.

It is therefore not astonishing that the Afghan secret services, the National Directorate for Security (NDS), was the first sponsor of “ISIS” in Afghanistan. The first “ISIS” fighters were refugees of the Pakistani Taliban (TTP) who settled in the eastern province of Nangahar and were put on the NDS payroll:

The most well-known case of these militants finding a welcoming home in Nangarhar is that of the Lashkar-e Islam group led by Mangal Bagh.
…
Hoping to use them against Pakistan, the Afghan government started to woo some of these fighters, according to influential tribal elders involved in helping relation-building from the districts that sheltered the guest militants.
…
[E]fforts by the Afghan intelligence service, the National Directorate of Security (NDS), to woo Pakistani militants in Nangarhar have not been confined to Lashkar-e Islam or to militants from Khyber. Tribal elders and ordinary residents of Achin, Nazian and Kot testify that fighters from Orakzai and Mohmand agencies belonging to different factions of the TTP have been allowed free movement across the province, as well as treatment in government hospitals.
…
It was from these ‘guests’ that the bulk of the Nangarhar-based ISKP foot soldiers emerged, following the official announcement of IS’s expansion to ‘Khorasan Province.’

It is not clear if or to what extend the “ISIS” group in Afghanistan is still controlled by the Afghan government services. Their weapon and ammunition supply is now allegedly coming from Pakistan. But what is clear is that these new participants in the war were first sponsored by the Afghan government and are now a welcome reasons for an extension of the U.S. occupation and the money flows originating from it. Meanwhile the media can reuse its old scary graphics of the Tora Bora complex and sell more advertisement.

The war in Afghanistan has no longer a real purposes. This or that radical group will always exist in Afghanistan. The war helps the U.S. military to claim more budget and to hand out promotions. It helps the Afghan government officials and the warlords to fill their pockets. What it does not do is to better the situation of the general population of Afghanistan or of the United States.

The war has become the proverbial self-licking-ice-cream-cone. It will unfortunately continue to be such under this and probably also the next U.S. presidents. 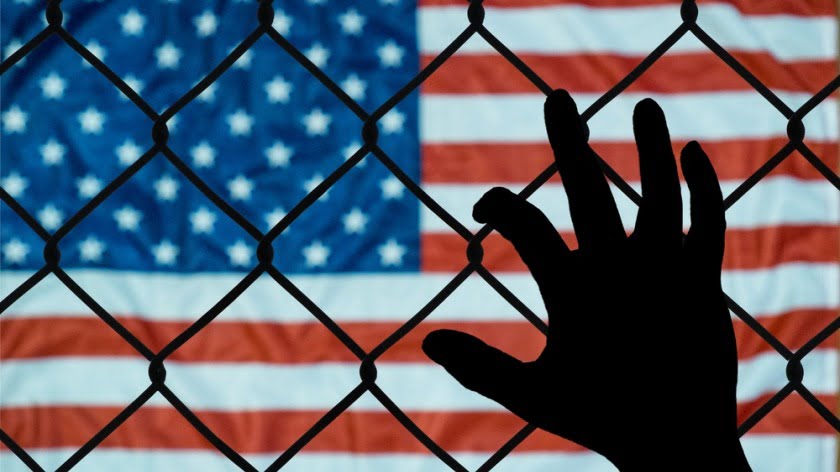 In his infinite ignorance, Donald Trump has invited world leaders to the White House for a face-to-face meeting at the end of June. Unlike the other countries in the G7, the United States has yet to get the coronavirus pandemic under control. One of the hotspots that the White House itself has identified is none… 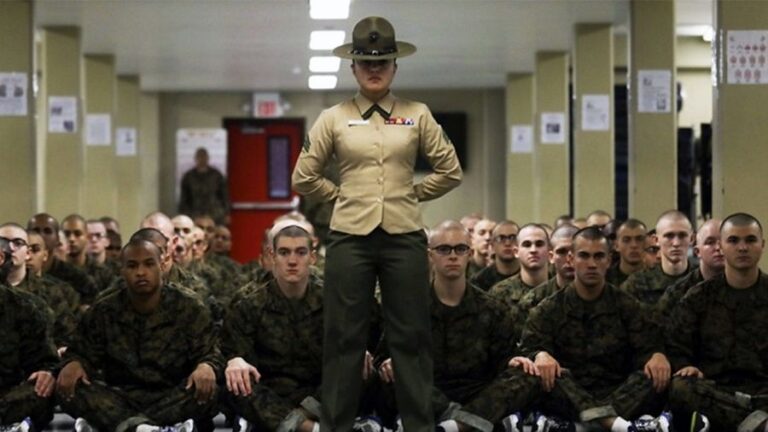 A new list of the strongest armies in the world was published recently, based on the Global Fire Power 2021 index, in which the first three countries remained unchanged – the USA, Russia and China. Let us recall that the Global Firepower ranking uses more than 50 factors to determine the PowerIndex (PwrIndx) of foreign… 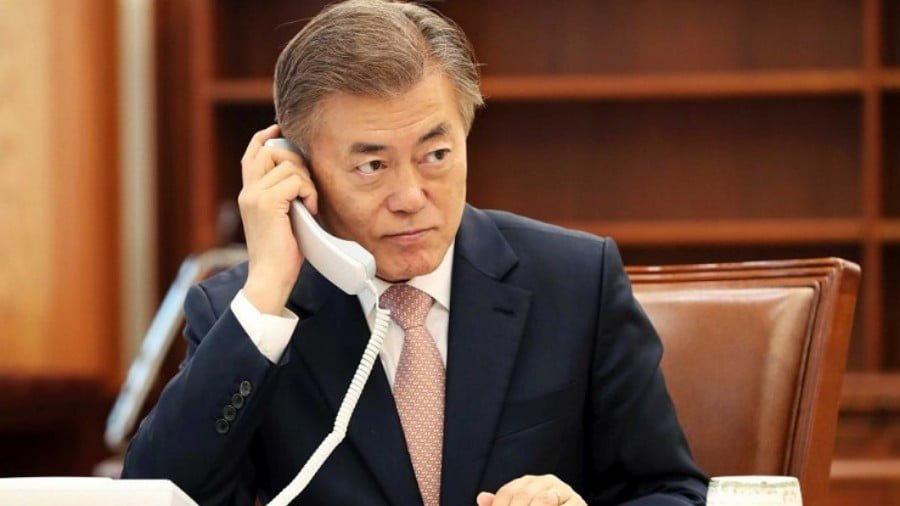 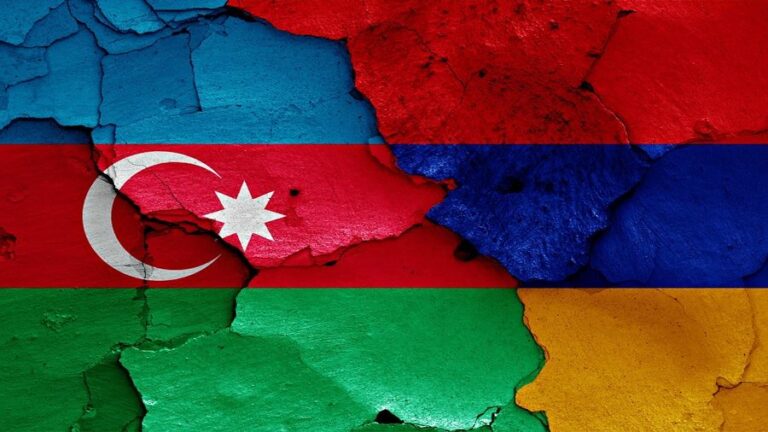 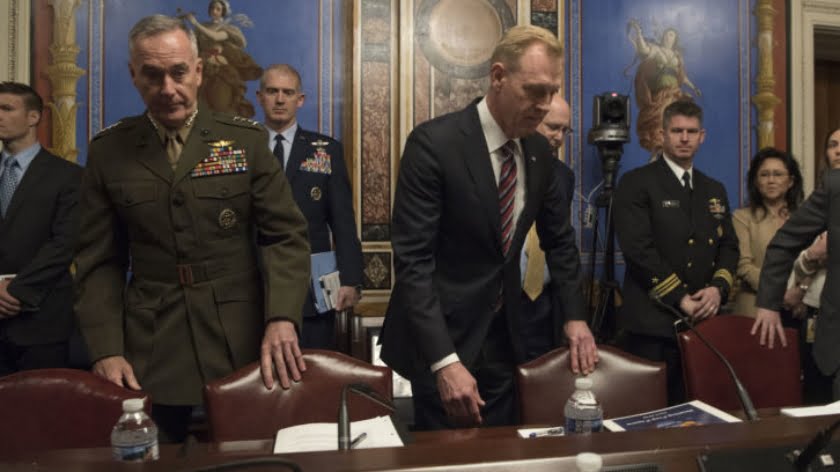