On 27 June the London Daily Telegraph newspaper, a sad remnant of its former admirable self, carried a piece captioned «Britain’s new £3bn warship, HMS Queen Elizabeth, set to squeeze out of dockyard for the first time — and Russian spies are watching». The fact that this vastly expensive floating white elephant will not be deployable until 2021 — if it has aircraft by that time — is neither here nor there. What is intriguing is the statement, without the slightest evidence, that Russia is spying on it.

Just why Russia or any other country would want to have people watching HMS Queen Elizabeth leaving its dock is not explained, but the Telegraph cautioned solemnly that «the Navy is also preparing for the warship’s first appearance to attract a concerted Russian spying effort, with submarines, ships and planes try to get a good look at the UK’s new flagship».

It is not explained how they could obtain more detail of the ship than was provided by the hundreds of photographs in the media, because the only reason anyone would want to look at it would be to try to judge why the contract cost of it and its twin carrier, the Prince of Wales, soared from 3.9 billion pounds in 2008 to 6.2 billion in 2013.Goodness knows what the real cost might be, finally.

Other UK newspapers joined the chorus, and the Sun solemnly pronounced that «experts believe Tu-214R spy plane[s] will be deployed to gather information on the new super-carrier as [Russia] forges ahead with its own carrier programme».

This is feverish rubbish, but the point of it is to continue the tidal waves of anti-Russia propaganda in Britain and America.

Anti-Russian statements by politicians and media commentators are knee-jerk in their automaticity — defined as being «performed from force of habit or without conscious thought». Take US Senator John McCain who was asked on June 20 if he had read the Senate’s disastrous Health Bill. He replied that «No, nor have I met any American that has. I’m sure the Russians have been able to hack in and gotten most of it».

That was intended to be amusing, and may indeed have attracted mirth from those of modest intellect, but the intriguing thing is his automatic reflex. At this time of serious and potentially most dangerous tension between the US and Russia, manufactured and fortified by extremists, he chose to foster the belief that Russia is behind all international hacking.

The creation of conviction in the West that Russia has succeeded in penetrating, analysing and manipulating the entire electoral system in the United States is based on media reporting of anonymous sources who have circulated lip-smacking, meaty and gripping allegations that there is a vast conspiracy by Russia to do something or other.

The strategy of contrived election panic is not new, and one of the first attempts involved Grigory Zinoviev, head of the Communist International in 1924 when the British were having their second election of the year. The Labour Party faced strong opposition, and according to an objective academic summation wished to «normalise relations with Soviet Russia through two Anglo-Russian treaties. The treaties were intended to settle outstanding points of dispute between the two countries and lay the grounds for a resumption of trade».

This could not be permitted, and the newspapers were swung into action.

London’s Daily Mail (which declared HMS Queen Elizabeth to be «a £6bn blunder that should be scuttled» while warning dramatically that «Russia is set to begin a huge spying mission on the Royal Navy’s newest aircraft carrier») printed a letter it stated was from Zinoviev. Publication was intended to sway the British electorate against the Labour Party, and there was massive. The Daily Mail’s headlines included «Civil War Plot by Socialists’ Masters: Moscow Orders To Our Reds». Its sources were «officials» in government circles, and «a copy of the document came into the possession of The Daily Mail, and we felt it our duty to make it public».

The letter was obviously a forgery, reeking of deception and propaganda, and after winning the Election the Conservative Party appointed a commission of inquiry whose members were «unanimously of opinion that there was no doubt as to the authenticity of the Letter».

Nothing was done to try to discover what really happened until seventy-five years later, when an investigation revealed that «the letter — sent to MI6 from one of its agents in the Latvian capital, Riga — was written as a result of a campaign orchestrated by White Russians who had good contacts in London who were strongly opposed to the Anglo-Soviet treaty».

Does some of this sound familiar, in modern terms?

Remember the Washington Post’s breathless headline last December that «Russian hackers penetrated US electricity grid through a utility in Vermont, US officials say».

The report’s sources were «officials» who «spoke on condition of anonymity in order to discuss a security matter» and apparently the Post, like the Daily Mail in 1924, «felt it our duty to make it public».

It was all there — the mystery and magnetism of alluring fabrication; a mixture of Goebbels and Disney. Self-righteous indignation is an essential part of patriotic pomposity, so the Governor of Vermont, Peter Shumlin, declared that «Vermonters and all Americans should be both alarmed and outraged that one of the world’s leading thugs, Vladimir Putin, has been attempting to hack our electric grid, which we rely upon to support our quality-of-life, economy, health, and safety. This episode should highlight the urgent need for our federal government to vigorously pursue and put an end to this sort of Russian meddling».

Not content with «anonymity» for its sources, the Post claimed access to even more credible fountains that babbled with everything except evidence. It stated that «According to a report by the FBI and the Department of Homeland Security, the hackers involved in the Russian operation used fraudulent emails that tricked their recipients into revealing passwords».

This was clever, because it conveyed the propaganda message to the public — from unimpeachable, entirely trustworthy sources — that the hackers of the nation’s electrical grid were not only indubitably Russian but had sent fake emails.

Then the whole thing collapsed. It had been a rerun of Zinoviev, and the Washington Post was forced to admit that its story was a load of nonsense and that it had been delighted to spread lies to the American public.

It had to confess that «The Post initially reported incorrectly that the country’s electric grid had been penetrated through a Vermont utility. After Burlington Electric released its statement saying that the potentially compromised laptop had not been connected to the grid, The Post immediately corrected its article».

As Forbes put it, more accurately: «From Russian hackers burrowed deep within the US electrical grid, ready to plunge the nation into darkness at the flip of a switch, an hour and a half later the story suddenly became that a single non-grid laptop had a piece of malware on it and that the laptop was not connected to the utility grid in any way». Fabrication won, however, because the story rocketed round the world.

As pointed out by Kalev Leetaru in Forbes, «When one news outlet runs a story, the rest of the journalism world tends to follow suit, each writing their own version of the story without ever going back to the original sources for verification… once a story enters the journalism world it spreads without further restraint as each outlet assumes that the one before performed the necessary fact checking».

This is exactly what is intended by the people who plant stories — the «anonymous officials» so trusted by lazy (or partisan) journalists.

Kalev Leetaru wrote that «the Post did not respond to repeated requests for comment regarding how it conducts fact checking for its stories… it certainly does not advance trust in the media when a newspaper will not even provide the most cursory of insight into how it checks its facts».

But most newspapers don’t do checks, because they trust their clandestine sources. The servants of such outlets as the Daily Mail, the Washington Post, the Sun and the Daily Telegraph don’t want to be deflected from the set agenda that they have to follow relentlessly, as guided by trusted «officials who [speak] on condition of anonymity».

The propaganda war against Russia is being vigorously fought, and anonymous officials are going all out to have Russia portrayed as a threatening monster. They are trying to prepare their citizens for war.

Sensitivities over the city and its holy places loom large as the US president and Netanyahu due to meet  Often described as the powder-keg issue in the Israeli-Palestinian conflict, Jerusalem was expected to loom large in Wednesday’s meeting in Washington between Donald Trump and Israeli Prime Minister Benjamin Netanyahu. It is the first time the…

On October 4, four US Special Forces soldiers died in clashes in the West African country of Niger during a routine reconnaissance mission near the border with Mali. While hobby pastor Donald Trump turned via telephone to the mourning widow of one of the four killed soldiers with the empathetic words “He knew what he signed up for”, most… 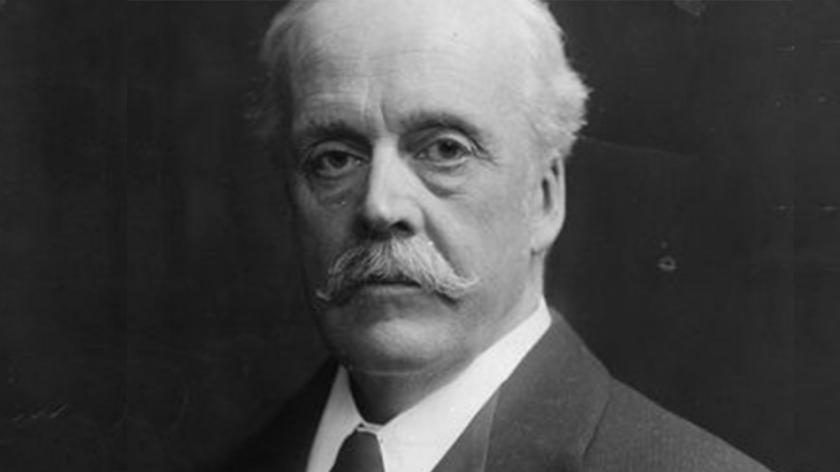 Much has already been written about the Trump administration’s release of its long-awaited plan for Israeli-Palestinian peace. I will not repeat the criticisms. Instead, I will focus on what I found to be the striking and disturbing parallels between this Trump “Deal of the Century” and last century’s infamous “Balfour Declaration”. Though certainly longer and… 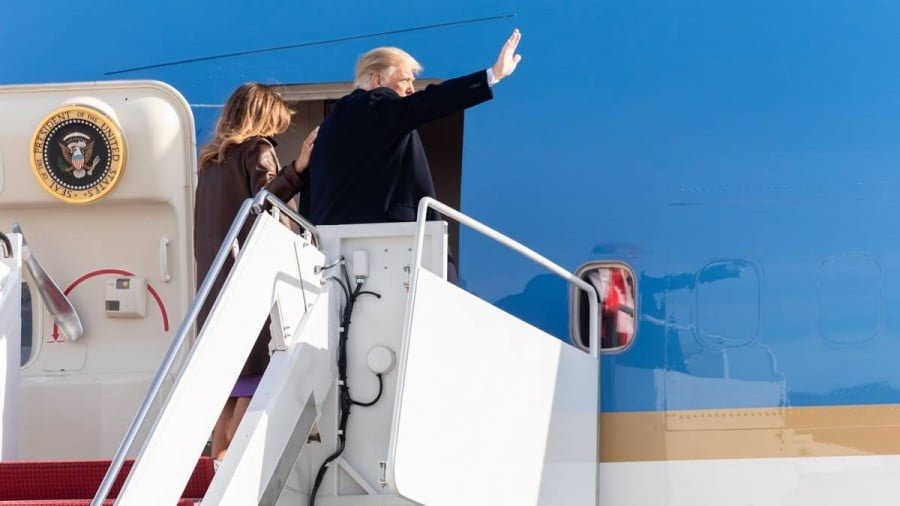 The trade war launched by the Trump administration against China may not have been solved by a 2½-hour dinner between Chinese President Xi Jinping and Donald Trump at the G20 in Buenos Aires on Saturday. But it may have opened a path towards a drastic realignment. Way beyond the histrionics surrounding the “family pic” –…