The joint Polish-Croatian initiative aims to bring together three distinct blocs of countries occupying the strategic space between several of Europe’s seas, which will ultimately work out to the US and China’s benefit while negatively impacting on Russia and the EU.

President Trump was just in Poland to participate in this year’s Three Seas Summit, which is essentially the 21st-century revival of the “Intermarium” proposal advanced by Poland’s interwar strongman Josef Piłsudski. This initiative sought to position Warsaw as the regional hegemon between the Baltic and Black Seas and essentially restore the geopolitical contours of the Polish-Lithuanian Commonwealth under the guise of “countering communism”. It never got too far off the ground, but its legacy continued to influence Polish strategic thinking into the modern day, which is why Poland decided to expand its present scope to include the Adriatic after joining forces with Croatia last year to unveil the Three Seas Initiative.

The American leader’s presence at this year’s event was hugely symbolic because of the Euro-Realist (smeared by the Mainstream Media as “Euroskeptic”) overtones of the gathering, which are also in line with the President’s own ideology toward the bloc. In addition, it’s popularly accepted that the neoconservative faction of the American “deep state” (it’s permanent military, intelligence, and diplomatic bureaucracies) are exerting heavy influence on Trump’s policies towards Moscow, so they’d be delighted to see the formation of what they hope could someday become just as anti-Russian of a bloc as the original Intermarium that Piłsudski conceived of.

That might not necessarily be the case this time around for a variety of reasons that will be explained in this article, though there’s no denying that the US has an interest in turning this reconstructed strategic entity into its battering ram for dividing the EU and Russia, as well as more effectively adapting its continental geopolitics to take advantage of the contradiction between “New Europe’s” conservatism and “Old Europe’s” liberalism in the Age of New Populism. Let’s take a look at the three preexisting blocs which are consolidating through the Three Seas Initiative, the drivers and limitations to their strategic integration, and a forecast about the geopolitical consequences of the 21st-century Intermarium in the context of the New Cold War.

The Three Seas Initiative is really all about three blocs pooling their collective political and economic resources together in order to strategically manage their shared interests throughout the present period of global transition. These regional structures are formed more or less along the lines of what the author forecasted in an article for The Duran last year titled “Post-Brexit EU: Between Regional Breakdown and Full-Blown Dictatorship”, albeit with some geopolitical modifications. Here are the three blocs that are coming together under the 21st-century Intermarium:

Poland has taken the lead in marshalling its former Lithuanian underlining and the other two Baltic States of Latvia and Estonia on an anti-Russian crusade under Warsaw’s aegis, representing an amended version of the Polish-Lithuanian Commonwealth of yore which is just as strongly directed against Moscow as its predecessor was.

Although no longer the “Dual Monarchy”, the twin Central European power centers of Vienna and Budapest still hold considerable influence over most of their former domain in modern-day Croatia, the Czech Republic, Slovakia, and Slovenia, which are more “balanced” than the Neo-Commonwealth is regarding Russia and have actually remained Moscow’s pragmatic partners despite the “sanctions war”.

Romania and Bulgaria are equally beholden to the EU and Russia for different economic reasons, the former for aid and the latter for energy, though their NATO membership has made them anti-Russian while their disagreements with the EU’s austerity measures and social liberalism have turned their people against Brussels.

The strategic integration of the Three Seas states is driven by two overriding factors, but it’s also limited by two others, too:

Pickle In The Middle:

Most of the members of the 21st-century Intermarium are motivated by differing degrees of opposition to the EU and/or Russia, though two countries importantly play the role of balancers by having a relatively neutral position towards both:

Poland, Hungary, the Czech Republic, and Slovakia are opposed to the EU in its current form because of its authoritarianism in enforcing liberal social values and demanding that its members accept the resettlement of what Ivy League researcher Kelly M. Greenhill termed as “Weapons of Mass Migration”.

Poland and the Baltic States vehemently hate Russia because of historical reasons and the present-day fake news narrative being propagated about the country, both of which often manifest themselves in these countries’ political discourses as outright Russophobia.

The Balkan countries of Bulgaria, Croatia, and Romania aren’t motivated to join the Three Seas Initiative by any deep-seated anti-EU or anti-Russian sentiments, but they nevertheless feel a degree of animosity towards both which makes them compatible with the other members of this group.

Austria and Slovenia retain high-level and constructive ties with both the EU and Russia, which makes them best-suited for “balancing” between the two sides, and they mostly joined the Three Seas Initiative for the geopolitical reason of integrating with their neighbors in the European Heartland.

The Three Seas Initiative is a useful platform because it gives its members what they believe to be abetter chance for reachingadvantageous arrangements with the four most important Great Powers:

The objective here is to press Brussels to decentralize and democratize, thereby allowing regional blocs (whether as the 21st-century Intermarium or its three constituent parts) the right to determine their own social and immigration policies.

It’ll be difficult to pull off given the lack of coordination between its members and some of their radically different approaches to Russia, but it would be to the collective self-interest of these states to multilaterally negotiate with Moscow for even lower energy prices than they already presently receive.

All of the 21st-century Intermarium’s members except for Austria are part of NATO, and the most anti-Russian of them (erroneously) believe that they can exploit the Mainstream Media’s fake narrative about Moscow to receive better military deals from the US after they boost their defense expenditures.

Every one of the Three Seas Initiative states aside from Austria is a member of the “16+1” cooperation mechanism with China aimed at clinching New Silk Road investments in this part of Europe, which include the Budapest-Piraeus railway that could one day possibly be expanded to Warsaw and Riga.

As the aphorism goes, “the journey is more important than the destination”, and the same logic applies to the members of the Three Seas Initiative as well.

It’s theoretically possible for them to indefinitely retain a ‘quadrilateral balance’ between the aforementioned Great Powers that they want to ‘wheel and deal’ with, but their enthusiasm to do so could markedly fade if they achieve their governance objectives with the EU or begin taking any other ones for granted.

The 21st-century Intermarium will stay together as long as each of its members are “fellow travelers”, but they might part ways upon reaching their destinations.

There are no safeguards other than goodwill and the temporary convergence of overall shared interests to prevent any of the three constituent blocs making up the 21st-century Intermarium from politically sparring with one another over territory, resources, and leadership.

Although they form different components of the same Western Civilization, the fault lines between and within some of them might preclude prolonged and sustained cooperation, especially as it relates to the distrust that Slovaks and Romanians have for Hungarians, or Lithuanians have for Poles.

Moreover, European fault lines exist beyond the regional blocs that are participating in the Three Seas Initiative, so competition between such groupings as the Swedish-led “Viking Bloc” and Poland’s Neo-Commonwealth over Latvia and Estonia, for example, could create further organizational problems.

The 21st-century Intermarium has a decent chance of achieving its objectives vis-à-vis the EU, especially given the Trump Administration’s support of the group’s Euro-Realism, but is less likely to get what it wants from Russia owing to the differing sets of relations that each member has with Moscow.

While the US’ prospective LNG shipments to Poland and Croatia won’t ever replace Russian resources, Washington can still negatively affect Moscow’s interests by dumping costly and outdated military wares in Poland and the Baltic States and tightening the operational coordination between all of the Three Seas Initiatives’ members.

On the economic front, China’s One Belt One Road global vision of New Silk Road connectivity is expected to succeed in promoting the integration of this 12-member network, which forms most of the 16+1 cooperation mechanism that’s already been in place for a few years.

If the 21st-century Intermarium can force the EU into decentralization concessions, then China won’t have to worry as much about its investments being held hostage by the political exploitation of regulatory and environmental legislation. This could lead to a surge of Chinese soft power which helps multipolar forces counteract some of the prevailing unipolar influence being wielded over the European Heartland by the US.

Taking all of that into account, observers shouldn’t be under any false impressions because the 21st-century Intermarium only exudes an illusion of geopolitical independence, though the reality is a lot more complicated.

The emerging bloc is militarily unipolar, economically multipolar, and utterly confused about its energy policy. There’s close to no chance that the member states of the Three Seas Initiative will ever politically integrate with one another, but the US is greatly fostering their military integration while China is doing the same with their economic one.

All things considered, Central and Eastern Europe arequickly moving past their traditional role as the geopolitical battleground between Western Europe (EU) and Russia, and are increasingly becoming the object of competition between the US and China in the New Cold War, with these two Great Powers vying for the pivotal Polish core which forms the nucleus of the latest regional integration project to sprout up in this strategic space. 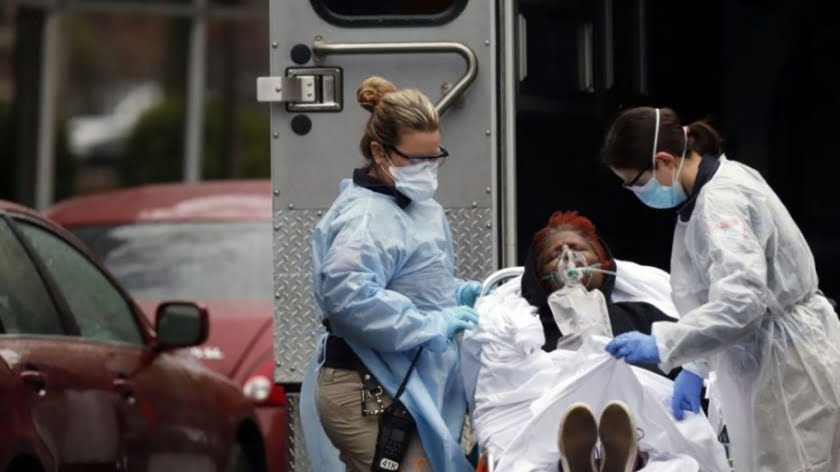 As the lockdowns across Europe began to bite, the U.S. Establishment began its ‘wobble’. The more elegant amongst élite circles pointed to a dangerous mis-match in timelines: The medical advice has been: ‘lockdown until the virus begins to subside’, but that advice encompassed too, the possibility of Covid-19 returning later in the year in a… 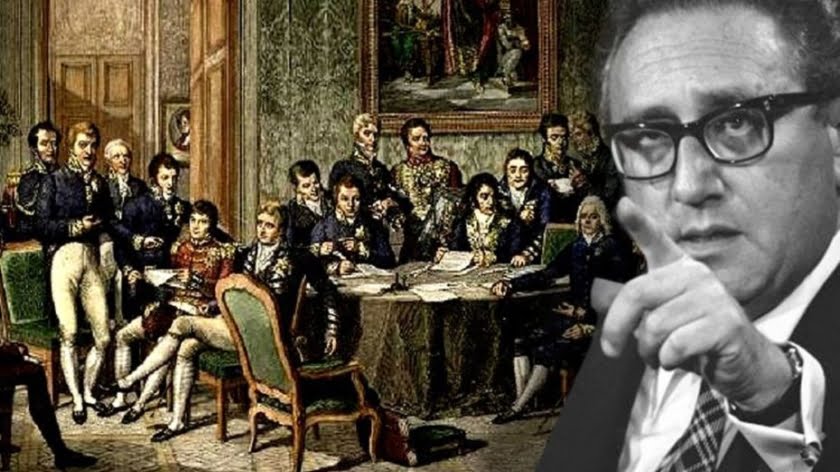 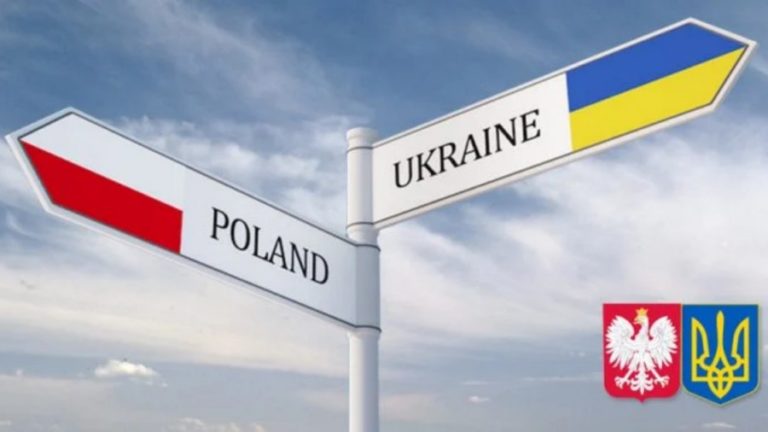