The council, which meets every August, held a four-hour meeting chaired by the prime minister, Binali Yildirim. The decisions made during the meeting will be presented to the president, Recep Tayyip Erdogan, for approval.

According to Daily Sabah, the generals Yasar Guler and Hasan Kucukakyuz were appointed to lead the army and air force respectively, while Adnan Ozbal, a vice-admiral, was appointed navy commander.

An official statement has not been released yet, however.

“Ongoing instability along the countries on our southern border, as well as the lack of proper governance and civil war pose the biggest threat to our fight against terrorism,” Yildirim said in his opening statement.

The chief of staff, Hulusi Akar, who was taken hostage in the coup bid, was also in attendance but his future is reportedly not in question. The general’s term runs until 2019.

The council usually meets only once a year but this is the third meeting since the 15 July, 2016 coup bid blamed on the US-based Muslim cleric Fethullah Gulen. He denies the accusations.

Both Kucukakyuz and Guler were taken hostage by coup plotters.

The government has increased the civilian component of the council following the failed coup, giving more place to government ministers than military figures.

Previously, such meetings were held at military headquarters but are now hosted by the prime minister.

The gendarmerie forces commander is not taking part as the gendarmerie was put under control of the interior ministry in drastic changes to the military after the coup bid.

The government ordered the discharge of 149 generals, almost half of the military’s entire contingent at the time of 358, after the bid to oust President Recep Tayyip Erdogan.

The changes after the coup bid further accelerated a weakening of the political influence of the once all-powerful military under the rule of Erdogan.

The military had regarded itself as the guardian of secular values and order in Turkey, stepping in four times since 1960 successfully to oust governments.

The council will meet for dinner with Erdogan at 6pm at the presidential palace, the presidency website said.

Any decisions made by the council are expected to be announced after Erdogan’s approval. 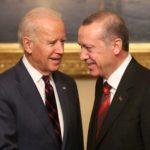