Footage from the Irma-hit Bahamas freaked out social media users on Saturday as it emerged that seawater was missing from a bay as far as the eye could see. The scene turned out to be a rare natural occurrence tied to the outgoing hurricane.

“I am in disbelief right now… This is Long Island, Bahamas and the ocean water is missing!!! That’s as far as they see,” @Kaydi_K wrote on Twitter.

I am in disbelief right now… This is Long Island, Bahamas and the ocean water is missing!!! That's as far as they see #HurricaneIrma wtf pic.twitter.com/AhPAonjO6s

The eerie scene was shared over 50,000 times in one day and it spooked web users, many of whom suggested it resembled the sucking away of water before a tsunami.

Some found that hard to believe, reckoning instead that it might have been a routinely-occurring low tide in the bay.

However, weather experts analyzing the scene put the blame on Hurricane Irma, which had just left a trail of destruction in the Caribbean and was about to land in Florida.

The ominous-looking occurrence was in fact caused by a combination of low tide, low pressure and strong winds in the right direction, which literally pushed the water away from the long narrow bay. The phenomenon has been dubbed “reverse storm surge” by some of those explaining it online.

Luckily for the locals, the water did not come gushing in all at once, with Adrian later tweeting that the sea “came back.”

“13 yo Mohamed, IDP from #Saada, broke his leg walking thru a field of #Cluster submunition in #Safra #YemenCrisis” — Photos via Rasha Mohamed (@RashaMoh2) on Twitter. Original: https://twitter.com/RashaMoh2/status/618418289190940672 August 15, 2016 Dan Wright It is not secret that Saudi Arabia has been carrying out ghastly war crimes on the people of Yemen using US… 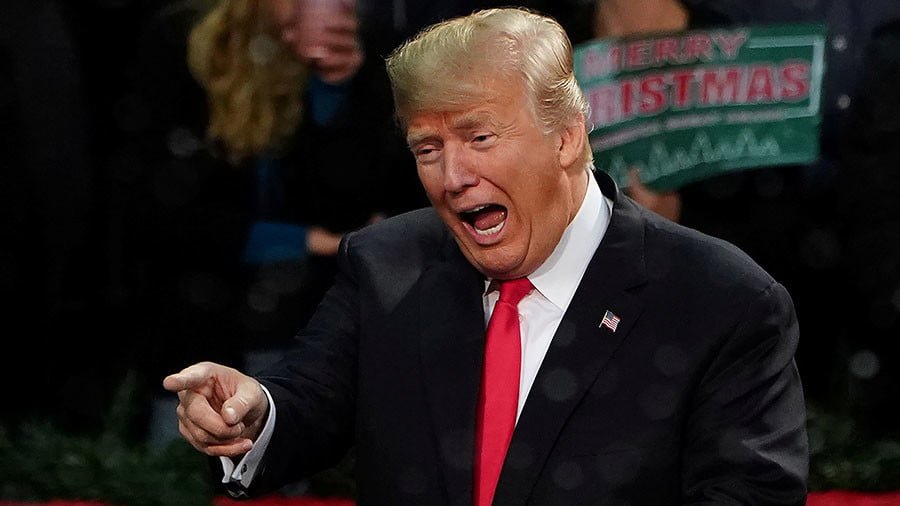 The ‘fire and fury’ of US President Donald Trump has translated into many memorable phrases that have baffled, amused or infuriated observers. RT looks at the top quotes from the first year of his presidency. January 2017: ‘You are fake news’ Trump had famously sparred with the media throughout his campaign. He reserved his ire…

President Barack Obama says Americans are so uninterested in the rest of the world because they are “lazy” and don’t feel like knowing about “other people.” His remarks have not gone unnoticed at home, where angered Americans suggested he stay abroad. “[…] We are such a big country we haven’t always had to know about…