The American electorate turned to Donald Trump because Congress had become so dysfunctional that it no longer worked. One of the many tragedies of Trump’s presidency is that Congress is now less able to do meaningful business.

The man elected to shake up Washington has made the political establishment even less popular. The latest polls show that a pitiful 15% approve of the job that Congress is doing. A massive 74% disapprove of its performance.

Trump has sailed into uncharted waters of unpopularity for a US president.

He began his presidency with the lowest poll ratings of any new president, and it’s only gotten worse. He has spent more time under 40% than any other first-year President. He is currently at 34% – lower than former President Barack Obama ever fell. Still, he is in his first few months. And the image and viability of the presidency can change with the incumbent. The presidency can be reformed with a change at the top.

However, Congress’ unpopularity and perceived ineffectiveness is long standing. It is a lumbering institution that seems incapable of reform. Its current 15% is not its worst rating in recent times – that came in October 2013 when it hit 9%.

The 16-day government shutdown in 2013 cost more than $2 billion according to an Office of Management and Budget analysis. Much of that was compensation to employees paid not to work for a combined 6.6 million days.

The argument between Democrats and Republicans came about at that time primarily over President Obama’s healthcare reforms. Obamacare and its attempts to bring equity to the US healthcare system revealed the true extent of the gaping ideological chasm that divides Washington. The distrust between Republicans and Democrats has become so virulent, so vehement, that it verges on fanaticism. And fanaticism doesn’t facilitate the doing of business.

It wasn’t always this way. But the US government system, as carefully constructed by the Founding Fathers, does have a fatal flaw. The three branches, legislative (congress), executive (president) and judicial (courts) are invested with powers that allow them to shackle one of the other branches if it’s perceived to be getting out of control.

This was done to protect democracy. Congress could, potentially, move to stop a president, like Richard Nixon, if he was perceived to be using his powers to move dramatically beyond the boundaries of a democratic leader. And if there is, in the future, a president who gets out of control, Congress can move to impeach him. It wouldn’t be a wild stab in the dark to predict that happening in the Trump presidency. The judiciary has already moved to put a halt to Trump’s immigration reforms.

Since it is up to the president to execute laws, he is the pivotal figure. It is through his favor or munificence that congressmen or senators can get their policies onto the books.

All this was wonderful in the simpler, nobler Enlightenment Age.

Benjamin Franklin did foresee the possibility of a demagogue president – did he not say “rebellion against tyrants is obedience to God”? Yet, he probably did not foresee the problems that would arise if one or all branches of government became overly-politicized or entrenched in ideological conflict. And that has happened, certainly in the cases of the Congress and the executive.

The last golden age for the Congress was when Texas Democrat Lyndon Johnson was Senate majority leader between 1955 and 1961. Fellow Texan Sam Rayburn was speaker of the House of Representatives, yet they helped pass the agenda of Republican Dwight Eisenhower.

There was brief cross-party co-operation again when Ronald Reagan was president in the 1980s.

But when Democrat Bill Clinton, the ‘Comeback Kid,’ snatched the presidency from incumbent George Bush in the 1992 election, relations between the two parties plunged. Republicans loathed Clinton for his success and his loose morals. Clinton lowered the tone of the presidency with his inappropriate extramarital liaison with intern Monica Lewinsky. But it should never have led to impeachment proceedings. The Republicans, nevertheless, moved to impeach him in 1998. He was acquitted but the Washington atmosphere has been poisonous since.

Congress and the presidency have not been able to work together well since 1998. And whereas presidents can continue to be proactive abroad, it is Congress that has seen its long-term image suffer more. The Senate and the House of Representatives are increasingly seen as out of touch and incapable of passing significant policy agendas. The two houses historically rely on deal making, on compromise and genuine cross-party, bi-partisan cooperation. All that now seems to be a thing of the past.

George W. Bush’s incessant war-making papered over the cracks of division for a while.

President Obama, elected with such soaring hope, was a letdown – his presidency being viewed as having achieved little. Yet it was Congress that is blamed for having stymied his aspirations. And it can’t be denied that his flagship legislation, Obamacare, was opposed for eight years by Republicans in Congress. They watered it down to such an extent that his healthcare reforms were unrecognizable. He failed to get any significant gun control agreed to. The pro-gun lobby in the Republican party ensured that.

Yet it was the 2008 economic crash and the failure of the Washington establishment to empathize with or adequately help the average man recover from it that has sundered the relationship between public and Congress.

Then came the government shutdown in late 2013, as Democrats and Republicans failed to pass the budget and Congress’s popularity hit its basement. The Democrats were preparing to put forward a politician who promised more of the same – former First Lady, Senator, and Obama’s former Secretary of State, Hillary Clinton. Her CV became an albatross. In the election campaign, Trump promised to drain the swamp, to smash the Washington establishment.

And whether it is through conscious or subconscious effort, the Washington establishment is doing everything it can to wreak its revenge on Trump by working directly against the president. You can understand it, of course, with the Democrats. That’s what Capitol Hill has become – Democrats opposing Republicans for the sake of it.

Since the start of this year, the Republicans have controlled the presidency, the Senate, and the House.

However, according to CNN, of the 50 pieces of legislation Trump recently boasted about passing, only two have been wholly new bills. And one of them Trump condemned as flawed. The majority have been dedicated to rolling back Obama’s agenda.

The big one, however, replacing Obamacare, was scuppered by a senior Republican. Senator John McCain, in one of the most dramatic moments seen in on Capitol Hill in many years, voted down the health bill that Trump and his fellow Republicans had put together.

The Republican president and the Republican Congress, instead of forging ahead in a new unbeatable alliance, have quickly descended into what appears to be the opening skirmishes in a civil war. Of course, the Republican establishment will blame a president with a style of unprecedented divisiveness.

The bottom line is, the long-running Democrat/Republican feud is now accompanied by an internecine Republican feud. All of this goes to reducing Congress’ image further.

Trump, though he failed to offer leadership or specific goals in the attempt to repeal Obamacare, blamed Republican Senators – Senate Majority Leader Mitch McConnell in particular.

Few have any faith in McConnell to get proposed tax reforms through.

The tax plan being pushed by Trump and Republican conservatives would contain tax reform that would make tax cuts retroactive to the start of 2017.

That would mean rebate checks coming to voters in advance of the 2018 midterms.

With McConnell weakened by the Obamacare failure and the ‘do nothing Congress’ taint, there is already talk of his being replaced.

Trump was elected by American voters partially because of their exasperation and alienation from Congress. They didn’t want to hear excuses about how difficult it is to get agreement among 435 congressmen and 100 senators representing vastly differing regions in a massive country.

Trump has lowered the tone of politics and his style has contributed to the further damage of Congress. Yet, Trump can be replaced at the ballot box and the image of the presidency can be restored in an instant. Congress has a long road back.

But the good that can come from Trump is that politics can never return to what it was before he was elected. The Washington establishment will make itself more relevant to voters or it will see Trump-like figures being elected across the country.

So, it is the necessity for survival that may drive Republicans to heal the divisions in their party and see out Trump. And the Democratic Party will also see that the survival of the political system is at stake.

The reforms are obvious. An end to recrimination and a move towards establishing a long run of proactive, meaningful legislative programs that improves the lives of those Congress represents must finally emerge. It may be impossible for a large, diverse body to move with one goal. But if it doesn’t, Trump is just the beginning of a fall into a dark chasm from which there is no return. 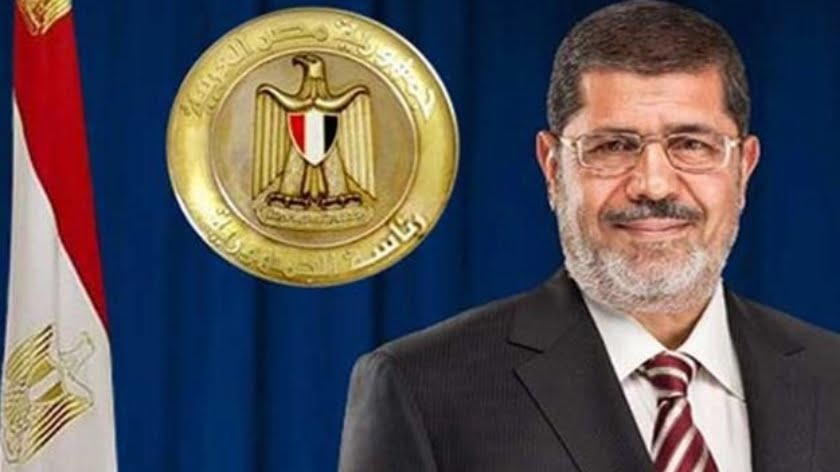 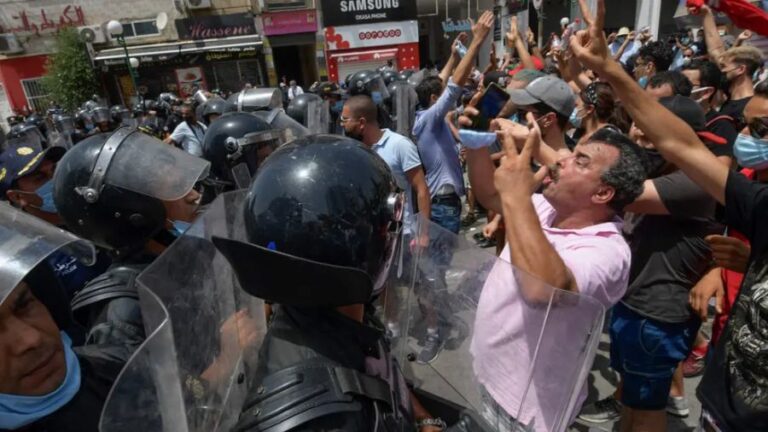 “Do you remember the tomorrow that never came?” asked a sad piece of street graffiti in Cairo, referring to the fate of the Arab Spring that once promised to overthrow the brutal autocracies that rule the Middle East. That tomorrow moved even further into the future this week when a coup displaced the last surviving… 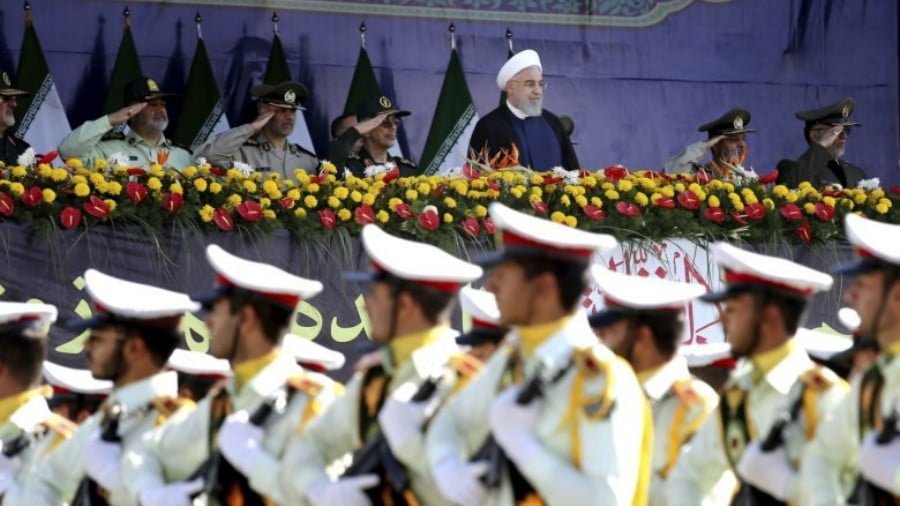 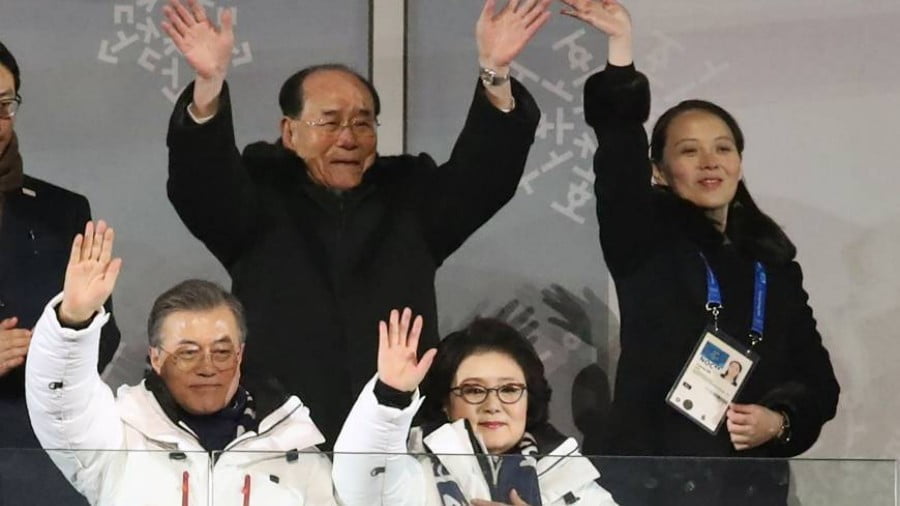 The often malicious “diplomacy” of the Trump Administration’s State Department has made it clear just how little the US valued its former “allies” in Pakistan and Turkey. Pakistan has gone from an obedient servant of the failed US policy in Afghanistan to a country that is being openly chastised and financially punished by the US,…