The U.N. said there is a “consistent, methodical pattern” of killings, torture, rape and arson against Rohingya Muslim refugees.

Bangladesh is considering sterilizing the Rohingya refugee population after health officials proposed the move to the government Friday.

Supporters of the plan call for vasectomies for Rohingya men and tubectomies for women, saying “sterilization of the males is the best way to control the population,” according to Pintu Kanti Bhattacharjee, who heads a health service near the Myanmar-Bangladesh border.

“If a man is sterilized, he cannot father a child even if he marries four or five times,” he added.

The idea was put forward shortly after rights activists working in refugee camps said Rohingya women believe that pregnancy protects them from rape and other attacks from Myanmar’s security forces.

“Some of them told us that if a woman was pregnant, she had less chance of being targeted by the military or attackers,” AFP reported the activists as saying.

Farhana Sultana, who works with Rohingya refugees, said many of the women were afraid to go to clinics in Myanmar, because “Myanmar authorities would give medicine that harms them or their children.”

Bangladeshi authorities estimate that some 20,000 Rohingya women are pregnant, while another 600 have given birth since arriving in the country.

The Rohingya community, in the Rakhine state in Myanmar, has been under a military siege since October 2016 but has long been subjected to violence by extremists and the government.

The attacks escalated on Aug. 25, resulting in hundreds of Rohingya fleeing to neighboring Bangladesh. Hundreds more have died in their attempts to flee.

The Myanmar government sees the Rohingya, considered by the United Nations as the “most persecuted minority group in the world,” as “illegal immigrants” from Bangladesh. The Rohingya, however, claim roots in the region dating back centuries.

The de facto government of Aung San Suu Kyi has prevented U.N. officials from investigating the situation, in addition to preventing aid agencies from delivering supplies to refugees.

The United Nations on Friday said there is a “consistent, methodical pattern” of killings, torture, rape and arson against Rohingya Muslim refugees in Myanmar. 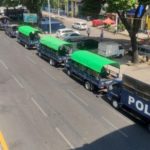 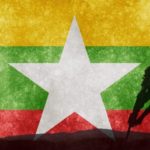 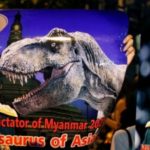