Jewish Anti Zionists are occasionally irritated by the ‘conflation’ of ‘Zionism and Judaism’ but the terms are inherently related.

Conflation is usually understood as the merging of two or more distinct sets of information, texts, ideas, etc. into one. Does this concept apply to Zionism and Judaism? Are Zionism and Judaism distinct terms? Are Jews and Zionism categorically different from each other?

For example, can Americanism and exceptionalism be conflated? Can round and circular be conflated? The distinction between terms that are related can be confusing. But the relationship between Jews and Zionism is clear. This is also true of the relationship among Zionism, Jews and Judaism. These terms are intrinsically related politically, culturally, religiously and at times they form a metaphysical continuum.

Rabbi Yaakov Shapiro, probably the most eloquent Torah Jew spokesperson, has repeatedly argued that those who‘conflate’ Judaism and Zionism are “either Zionists or anti-Semites.” But Zionism and Judaism, as we will see next, are integrally related.

The vast majority of Rabbinical Jews see Judaism and Zionism as correlated precepts. This is not a recent phenomenon. As early as 1942, at the peak of WWII, 818 orthodox American rabbis signed a document reaffirming the essential bond between Zionism and Judaism. The Rabbis’ document reads, “the overwhelming majority of American Rabbis regard Zionism not only as fully consistent with Judaism but as a logical expression and implementation of it.” We can also look to the Judaic teaching of Rabbi Abraham Isaac Kook. Kook, who died in 1935, was the chief rabbi of Mandatory Palestine. He is considered one of the fathers of religious Zionism. For Kook, Eretz Yisrael was the spatial centre of holiness in the world. Like other Zionist agitators, Kook rejected the galut (Jewish Diaspora). The messianic Zionist settler movement is largely inspired by Kook’s teaching.

But what about the so-called ‘anti Semites,’ do they ‘conflate’ Judaism and Zionism? Some critics of Israel argue that Zionist criminality is the outcome of Judaic dismissal of otherness. They point at some problematic segments within the Talmud and argue that Israeli brutality is a continuation of those inhumane teachings. Whether or not this argument is valid, the suggestion that Zionism inherited its brutality from Judaism suggests that the so called anti Semite’s understanding of Zionism and the Talmud are linked by a chain of causality, and is not a case of conflation.

So the rabbinical Zionists and the ‘anti Semites’ do not conflate Zionism and Judaism, but what about Israel and the Israelis? Israel is invested in a dialectical battle with the merger of Judaism and Zionism. Israel defines itself as the ‘Jewish’ State not the ‘Judaic’ State. Secular Zionism has, since its inception, had an ambivalent relationship with Rabbinical institutes. Though the rabbinical institutions in Israel have managed to dictate halakha law, Israeli political institutions have, at least until now, compartmentalised religious and civil matters.

While in Judaism (as in Islam), there is no dichotomy between the religio and the civil, Zionism promised to make Jews into‘people like all other people.’ This promise was inspired by Christian civilisation — a social environment that endeavored to maintain a dichotomy between religion and civil laws. Zionism’s original promise to civilise the Jews was intended to liberate the newly invented Jewish ‘nation’ from its ‘reactionary’ religious heritage. This indicates that even the Israelis do not conflate Judaism and Zionism. They, somehow, differentiate between the two, although they probably admit to themselves that they often overlap.

But if Judaism and Zionism are not distinct notions and, as a result, conflation is not possible, it would also be wrong to argue, as many commentators do, that‘Judaism was hijacked by Zionism.’ If anything, the facts suggest the opposite. It was Zionism that was hijacked by Judaism. Zionism began as an anti Judaic movement. It promised to emancipate the Jews from their ‘reactionary’ past by means of a ‘homecoming’. It promised to civilise diaspora Jews and make them a part of a productive, functional and autonomous nation. Many early Zionist texts read like anti-Semitic tracts. They spew anti Jewish rants. But it didn’t take long for Judaism to contain the emerging tsunami of Early-Zionist ferocity and teach the Jews to love themselves once again. It is important to note that when Zionism was anti Judaic, universalist and humanist, it was a marginal movement. Hardly any Jews followed the few early Zionist idealists. However, as soon as Zionism became tribal, expansionist and even militant, its popularity amongst Jews grew rapidly. It is reasonable to argue that it was Rabbis like Kook and later the Chabbad sect that skillfully and wittingly integrated Zionism into their Judaic teaching. By doing so, they killed Zionist anti Judaic ferocity. They reunited the tribe.

While pre-emancipated Jews where at ease with their ethno-religious identity, the French revolution, emancipation and secularisation introduced complexity to identity issues for European Jews. Since then, secular Jews have found it difficult or even impossible to consolidate their tribal identity within the emerging universal discourse around them. They find it impossible to fuse their cultural racial orientation with their anti racist progressive political rants. Zionism offered a solution. It promised to take the Jews away, to remove the problem. But Zionism only managed to move the problem to a new place.

Diaspora Jews have developeddifferent tactics to deal with their identity crises. Contemporary Jewish identity is shaped like a tri-polar magnetic field in which one pole is religion, another is race and the third is politics.

When Jewish politics is subject to criticism (Israel, Zionism, the Lobby, etc.) some Jews claim to be ‘racially offended’ in spite of the fact that race, biology, blood or ethnicity was never mentioned. When Jewish racism is subject to criticism (choseness, Israel race laws, etc.) some Jews are affronted by a perceived attack on their religion. When the religion or some obscene Jewish religious teaching is disparaged, many Jews are quick to assert that they are hardly religious anymore (which is true by the way). We are confronting a quantum leap–an evasive identity that is morphing constantly. It moves rapidly within its kosher trinity field, it is everywhere and nowhere. The reason for this is that the Kosher Trinity makes it very difficult, or even impossible to criticise Jewish politics, ideology and religion. The Kosher Trinity allows Jews to boast about their cultural symptoms and great achievements while claiming offense when any of these symptoms are discussed by others. Thisquantum model is set to suppress any possible dissent and avoid Jewish self-reflection. As much as you may find it hard to grasp what Jews are, Jews share the struggle to address who they are and what they are up to.

Zionism, Crypto-Judaism, and the Biblical Hoax

Zionism, Judaism and the Jewish State of Israel

History and Biblical Scholarship: Al-Quds Is Not Jerusalem

Making Eretz Israel: The 1967 Six-Day War and Its Consequences 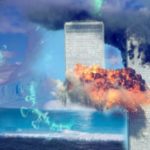