For nation shall rise against nation, and kingdom against kingdom: and there shall be famines, and pestilences, and earthquakes, in diverse places. – Matthew 24:7

Certainly there’s never been a time when nation hasn’t risen against nation. Likewise, earthquakes, such as the one that this month killed some 300 people in Mexico, are hardly a rarity.

But it’s not often you see political earthquakes that shake the structure of world politics occurring in such a short span of days: the German national election of September 24, the independence referendum in Iraqi Kurdistan on September 25, and the upcoming independence vote in Catalonia on October 1. Each in its way shows that the “End of History” post-Cold War world order is a mirage, now in the process of dissipating.

Thankfully the era of Angela Merkel is over. Not formally of course. For a while she will linger on as Chancellor, inflicting ever more damage on her Christian Democratic Union (CDU) and Christian Social Union (CSU) faction, on her country, and on European civilization. But she’s a lame duck, and everyone knows it. At least the British Conservatives, after suffering earlier this year a pyrrhic victory similar to the CDU/CSU’s, acknowledge that Theresa May will step down as party leader after a decent interval. If Merkel had any dignity left, she would announce her retirement.

Instead she has made it her mission to stop the ascent of the true victor in the election: the populist-patriotic Alternative für Deutschland (AfD), whose rise in political fortunes almost entirely tracks with loss of support for the CDU/CSU, whose political and moral bankruptcy is matched only by their erstwhile Grand Coalition partner, the Social Democratic Party (SPD). A renewed less-grand CDU/CSU-SPD government is ruled out, both because the SPD and its lackluster leader Martin Schulz (an even lamer duck than Merkel) could not risk even further erosion in their brand and because of the establishment’s hysterical need to block the AfD’s becoming the official Opposition. This leads Merkel to try to negotiate a bizarre “Jamaica” black-yellow-green coalition with the Free Democrats (FDP) and the Greens. Even if the Christian Democrats did not exist, getting the FDP and Greens into a coherent governing program would be a formidable task. Any new coalition, even if one can be formed, will be shaky and new elections are likely within two years. Hopefully they will take place with Merkel having fled to Chile.

But the real news is the AfD, now the third largest party in the Bundestag. Germany, it seems, is not dead yet. As Srdja Trifkovic has observed:

For over seven decades since the Untergang it has been first desirable, then necessary, and ultimately mandatory for a mainstream German to be ashamed of his past. De-nazification of the early occupation years had morphed into de-Germanization. An integral part of the final package is to subscribe to the postmodern liberal orthodoxy in all its aspects. It must include the willingness to welcome a million “migrants” in a year (with millions more to come if the Duopoly so decides – and Merkel and Schulz both agree that there must be no upper limit.) The AfD begs to differ, but when its leaders make a reality-based statement like “Islam does not belong to Germany,” or a common sense one like “We don’t need illiterate immigrants,” they are duly Hitlerized. […]

It is not by chance that the survivors of red totalitarianism in the former German Democratic Republic and their descendants are voting for the AfD en masse. They know ideologically driven cretins when they see them, and they can tell who is able and willing to stand up to them. It is ironic that hoi polloi of old Prussia and Saxony may yet prove to be the liberating pathfinders for the ever-so-sophisticated multiculturalists on the Rhine insistent on self-annihilation. There is still hope for Germany.

The overwhelming vote in favor of independence by residents of Iraq’s Kurdish Regional Government (KRG) may prove the fuse that ignites what already was shaping up as follow-on regional war to the impending defeat of Daesh and Damascus’s victory. While Syria has given lukewarm indication that some sort of Kurdish autonomy may be possible, the vote in Iraq to force the issue of independence has pulled Turkey even closer to the existing Iran-Iraq-Syria regional axis backed by Moscow. The vote in the KRG prompted immediate threats of military action by Baghdad.

The Kurdish move comes at a time when U.S-backed mainly Kurdish “Syrian Democratic Forces” (SDF) are moving into Daesh-vacated areas in eastern Syria in a clear effort to block the Russian-backed Syrian Arab Army (SAA). It is alleged that the US – or more particularly, the Pentagon, primary sponsor of the SDF – has two goals: first, to block Iran’s so-called “land bridge to the Mediterranean stretching from an Iraq run by their Shiite allies to Lebanon, where their Hezbollah auxiliaries dominate”; and to seize oil fields in eastern Syria for the economic support for a north Syrian Kurdish statelet, where a dozen or so undisclosed (and illegal) US bases have already been established. To achieve these goals, powerful influences in Washington are willing to risk a military clash with Moscow.

With one war winding down, another war – or perhaps two or three wars – may be about to start.

As some of us warned at the time, when in February 2008 the West insisted that pushing for the illegal detachment of the province of Kosovo and Metohija from Serbia was a “unique case,” it has instead proved to be a prototype. One of the first aftershocks came in August of the same year, soon after the west almost unanimously recognized the independence of a supposed “Republic of Kosovo,” when South Ossetia and Abkhazia declared their independence from Georgia with Russian support.

The fact is, every separatist movement is “unique” and valid in the eyes of the minority that wants the separation. That’s why despite the large majority of European Union states’ moving quickly to follow the US lead in recognizing Kosovo, five did not: Cyprus (because of the breakaway “Turkish Republic of Northern Cyprus,” really Ankara’s occupation zone), Greece (to support Cyprus); Slovakia (concerned about Magyar irredentism in its southern region); Romania (also Magyars, in Transylvania), and Spain (not only Catalonia but the Basque country and possibly Galicia). One aspect of Catalonia is that it is another Kosovo chicken coming home to roost.

Recently President Donald Trump expressed mild opposition to Catalan independence, but the EU is strongly opposed. The latter is a bit ironic, since both sub-national separatists and supra-national entities like the EU have the same enemy, the historic nation-state. Most of the Catalan “independists” are on the moral and political level very much Brussels’ type of people. As one Spanish blogger has remarked:

“The Independists are mostly hipsters, SJWs [social justice warriors], feminists and all kinds of degenerates who welcome with open arms the Islamists (as they breed fast, hate the Spanish for their expulsion in 1492 and the Church and do not speak Spanish), the same Islamists who will be a majority in a hypothetical Catalan Republic in two generations and will impose the Sharia. In a way, it will be fun to watch, in another way we cannot leave over half the population of that region, the silent majority, in the hands of those lunatics…, This is a distraction for their larger plans for the EU superstate. Thus, they are divided, on the one hand the MSM [mainstream media] is, albeit with little enthusiasm, pro-Independence. On the other hand, the EU has expressed a very mild support for their vassal Spain whose populace is the most enthusiastically pro-EU (little they know). You can be sure that should Catalonia become independent, they will de facto stay in the EU. Nobody is allowed to leave the EU plantation. At the end the EU does not care if its member states are nation states or regions, it could be argued that weaker mini states will be easier to rule.” 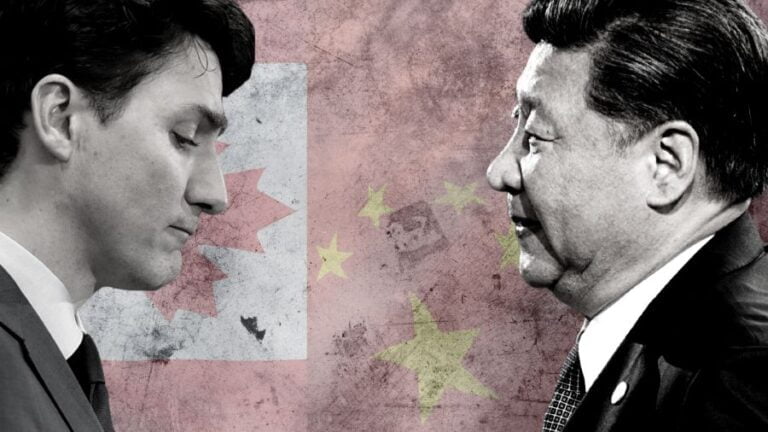 Though brief, the exchange between Chinese President Xi Jinping and Canadian Prime Minister Justin Trudeau on the sidelines of the G20 summit in Indonesia on November 16 has become a social media sensation. Xi, assertive if not domineering, lectured the visibly apprehensive Trudeau about the etiquette of diplomacy. This exchange can be considered another watershed… 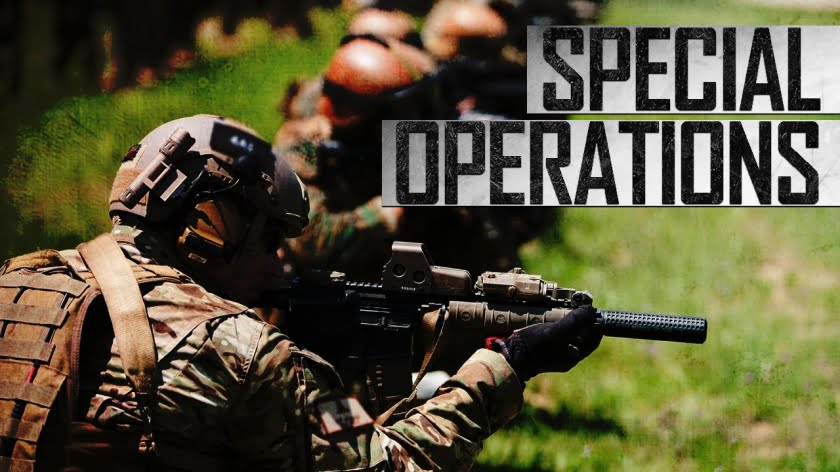 There is a discursive nervous tic all over social media at the moment, including from prominent journalists such as Guardian columnist George Monbiot. The demand is that everyone not only “condemn” Russian president Vladimir Putin for invading Ukraine, but do so without qualification. Any reluctance to submit is considered certain proof that the person is… 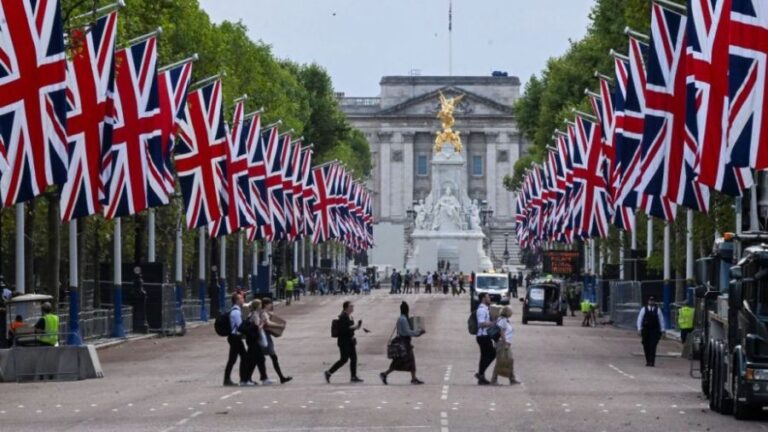