Sweden’s most recent military cooperation with the US-NATO military alliance involved hosting armed forces of the many countries which participated in Exercise Aurora in September. As noted by Euronews, “Sweden is undertaking its biggest military exercise amid fears of Russian military build up,” and NATO headquarters announced that “In the current security context with heightened concerns about Russian military activities, NATO is stepping up cooperation with Sweden and Finland in the Baltic region.”

NATO is anxious, even desperate, to justify the existence of one of the least-needed and most confrontational military alliances of modern times. In January, before he arrived in the White House, President Trump called NATO “obsolete” but in April went into reverse and said “It’s no longer obsolete,” which was fair warning of what lay ahead in the erratic administration of the most vulgar and spiteful president the United States has ever had.

The fact remains that NATO is indeed ineffective and irrelevant (the notion of Russia invading Sweden is preposterous and, as Der Spiegel observed on October 20, “to be sure, hardly anyone really thinks that Russia might attack a NATO member state”), but its nominal leader, Jens Stoltenberg (the real chief is the US General titled “Supreme Allied Commander Europe”), has assumed the air of a national head of government and whisks expensively round the world making statements that have nothing whatever to do with NATO

One of NATO’s “concerns” in its obsession with Russia is to persuade Sweden to not only increase its already substantial collaboration with the alliance, but to actually become a member — although defence minister Peter Hultqvist is not in favour of such a commitment, in spite of having increased military spending and reintroduced conscription.

There is to be a general election next year, and Britain’s Financial Times is of the opinion that “Nato membership is set to be one of the most contentious topics in Sweden’s elections in [September] 2018. The opposition Moderates and their three centre-right allies have all pledged to seek Nato membership, ending more than a century of being outside a military alliance. They lead in the polls and are flirting with the anti-immigration Sweden Democrats, which would solidify their lead further.” And according to a poll by the Pew Research Centre in May 2017, “about half of Swedes support Nato Membership.”

Given the NATO-joining aim of those likely to be in power in a year’s time, it is relevant to examine Sweden’s recent association with Russia, which is regarded as an enemy by a regrettably large number of Swedes.

As reported by Swedish Radio, Ekot, there was an alleged incursion into Swedish waters by a Russian submarine in October 2014. The story was plastered all over the Western media, and in one example of disinformation Britain’s Daily Mail, a garbage newspaper, but with a large circulation, informed its readers of “Sweden’s History of Hunting Russian Vessels in its Waters” by recording that the most recent such incursions had taken place in 2011 when on April 13 “a possible foreign submarine is noticed in Baggensfjärden in Nacka, but later is identified as a raft frozen in moving ice” and on September 11 when the Swedish Navy had “investigated reports of an unknown object outside the harbour of Gothenburg.”

Curiously, very few western news outlets reported later, as did Ekot, that the October 2014 alleged incursion was a load of nonsense. (Russian submarines, incidentally, are referred to as “U-Boats” in Sweden, but NATO submarines are called submarines.)

Ekot stated that “in October 2014, an intensive U-boat hunt took place in Stockholm’s archipelago” which had spurred Time magazine to speculate that the object of the hunt might be Russian because “Sweden’s military said Sunday it had made a total of three credible sightings within two days and released an image taken by a passer-by showing a partially submerged object… A suspicious black-clad man was also photographed wading in the waters outside the island of Sandön.” It was stated by the armed forces that “a [miniature] foreign submarine violated Sweden,” and in April 2015 Business Insider went so far as to state that “the Swedish military still believes that Russia was indeed sailing submarines around Swedish waters last year: ‘The assessment that Swedish territory was violated in October 2014 remains correct in its entirety’.”

And so on and on went the stories, until, as reported by Ekot, “the Armed Forces suddenly announced in a press release [in September 2015] that this most important evidence [presumably the “three credible sightings”] no longer applied, but nothing was revealed about the background or what happened. And Ekot can now tell us that the Armed Forces’ deeper analysis showed that the sound did not originate from any foreign submarine… but from a Swedish source.”

So there was collapse of an absurd allegation that had been seized upon by the West to illustrate the supposedly nefarious designs of Russia. But the propaganda machine had worked well.

The “Russian U-Boat” reporting farce was in a way similar to an incident in the Irish Sea in April 2015 when Britain’s Daily Telegraph reported that “a trawler that nearly capsized when its nets became snared near the Isle of Man may have been hit by a Russian submarine, a fishermen’s organisation has claimed . . . Naval sources said there were no British submarines in the area at the time of the incident on Wednesday afternoon. The incident took place amid concern about increasing Russian submarine operations off the Scottish coast . . .”

These dreaded Russians, again and again. Would their dreadful provocations never end?

But there wasn’t an end, because there was never a beginning.

On 10 June 2015 a British Member of Parliament, Margaret Ritchie, asked the defence minister “What reports he has received of submarine activity in the Irish Sea on 15 April 2015.” The reply was that “Following reports of damage to the fishing vessel Karen on 15 April 2015, Ministers were advised of the Royal Navy’s confidence that no UK submarine was responsible. We do not comment in detail on submarine operations as this would, or would be likely to, prejudice the capability, effectiveness or security of the Armed Forces.” In other words they were lying in their teeth and trying to disguise this unpleasant fact by employing the usual disguise of national security. (This happens all the time in US-NATO. It’s the best weapon they have.)

On July 13, 2015, Ms Ritchie returned to the fray and asked if the matter could be followed up because the Ministry of Defence had “confirmed that it was not a vessel belonging to the Royal Navy” that had been responsible for the incident that threatened the lives of the fishermen. She was fobbed off with the reply that “the Royal Navy takes its responsibilities very seriously.” Indeed it does, and I have the greatest regard for Britain’s Senior Service which knows exactly where its vessels are at any given moment, and doesn’t tell lies

But politicians tell lies although sometimes these fail to stand the tests of time and truth, and eventually, five months after the incident, the UK’s defence minister was forced to admit that “I now wish to inform the House that, on the basis of new information that has become available, the Royal Navy has now confirmed that a UK submarine was, in fact, responsible for snagging the Karen’s nets. The incident, the delay in identifying and addressing the events on that day, and their consequences, are deeply regretted.”

It had been known all along that it was a Royal Navy submarine that accidentally snagged the boat’s fishing nets, but the first instinct of politicians in matters like this is to try to disguise the truth until it becomes impossible to continue such trickery. If deception works, that’s fine; if it doesn’t work, then there is always the fall-back of “national security” to justify anything — especially when there’s a good chance that the blame assigned to Russia, by casual implication or calculated insinuation, will continue to stick. That is what propaganda is all about. Just as in Sweden, unfortunately, many people continue to believe that there was a Russian “U-Boat” in Swedish waters in 2014, as they were meant to do.

Such non-incident stories are absurd — but they can’t be dismissed as amusing trivia. They are used to persuade ordinary decent citizens that there is a threat to their security, and no matter how many subsequent admissions may be made that prove the stories unfounded and ridiculous, there will be very many people who will continue to believe them. Watch how the Swedes vote next year.

Just as nobody found a submarine in the Stockholm archipelago, nobody has ever identified the “suspicious black-clad man” who was “photographed wading in the waters.” Let’s hope he’s got a vote. 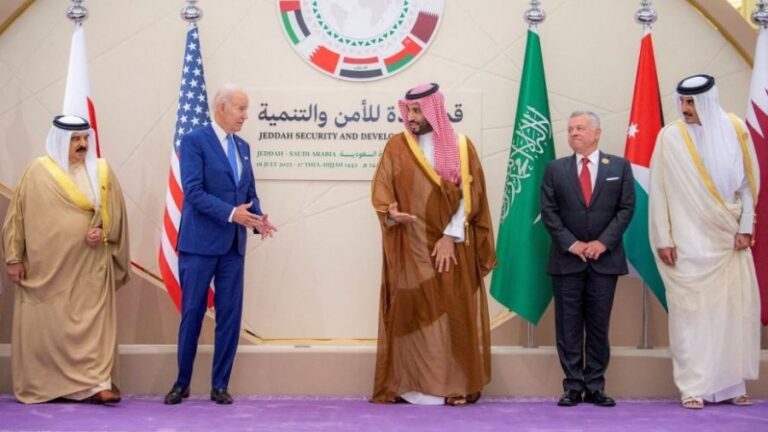 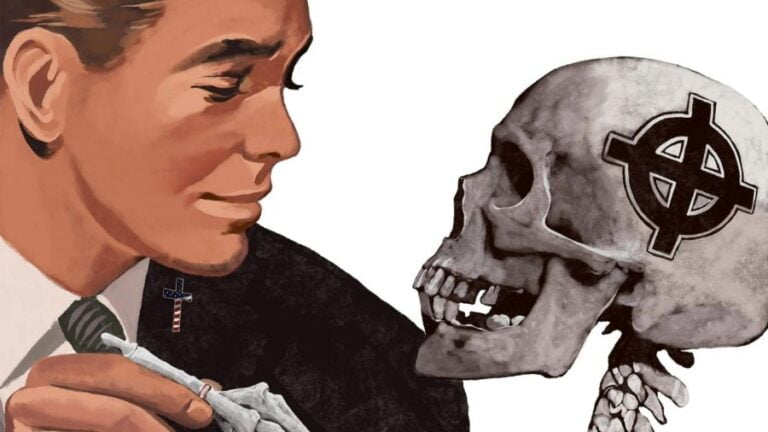 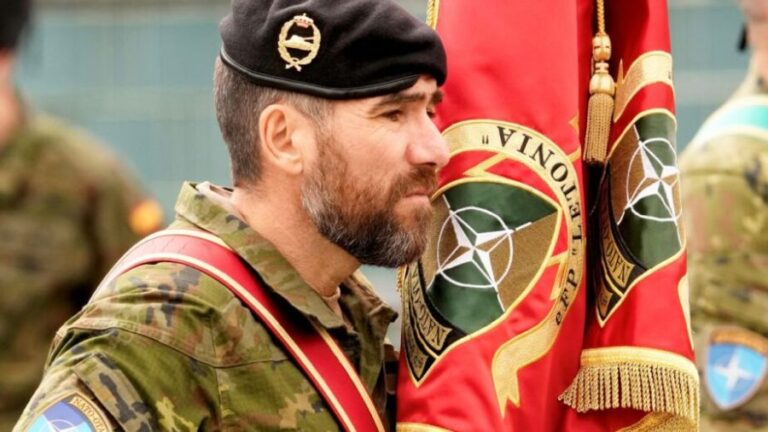 The NATO edifice of lies, nurtured for decades, is more fragile than ever, Werner Rügemer writes. After the 2nd World War in 1945 the USA knew: There is no danger from the weakened Soviet Union. But with the pincer grip of the Marshall Plan and NATO, the USA integrated the Western, Northern and Southern European… 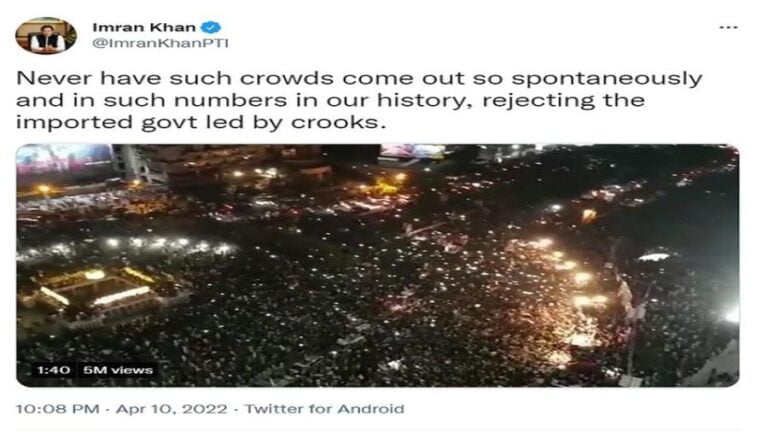 Never before has a genuinely grassroots political movement successfully proven that its own interpretation of patriotism, sovereignty, and national security can appeal to such a broad range of Pakistanis despite being different from The Establishment’s. Imran Khan’s “political martyrdom” has therefore unleashed truly unprecedented socio-political forces within Pakistan that seemingly caught The Establishment off guard… 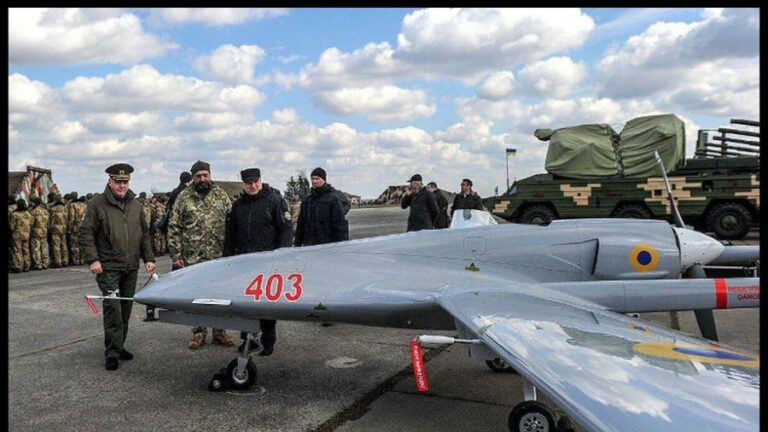 Although Turkey continues to be economically, politically and militarily dependent on the US and NATO, it is also moving further and further away from being an unquestioning supporter of Washington. And there are many reasons for this, which showed Erdoğan the collapse of the once monolithic “Pax Americana” system. Wherever Turkey sees a prospect for…