Much of America, including yours truly, has been watching the Public Broadcasting Service (PBS) series, ‘Vietnam.’ Instead of clarifying that confusing conflict, the series has ignited fiery controversy and a lot of long-repressed anger by soft-soaping Washington’s motives.

This march to folly in Vietnam is particularly painful for me since I enlisted in the US army at the height of the war. Gripped by youthful patriotism, I strongly supported the war. In fact, the TV series even showed a pro-war march down New York’s Fifth Avenue that I had joined. Talk about déjà vu.

At the time, 1967, the Cold War was at full force. We really believed that if the US did not make a stand in Vietnam the Soviets and Chinese would overrun all of South Asia.

No one in Washington seemed to know that China and the Soviet Union had split and become bitter enemies. As ever, our foreign human intelligence was lousy. We didn’t understand that Vietnam deserved independence after a century of French colonialism. Or that what happened in Vietnam was of little importance to the rest of the world.

Three American presidents blundered into this war or prolonged it, then could not back out lest they lose face and risk humiliation. I don’t for a moment believe that the ‘saintly’ President John Kennedy planned to end the war but was assassinated by dark, rightwing forces, as is claimed. This is a charming legend. Richard Nixon, Kennedy and Lyndon Johnson all feared that a withdrawal from Vietnam would lose them the next election. Republicans were still snarling over ‘who lost China’.

The current 17-year old US war in Afghanistan has uncanny resemblances to the Vietnam War. In Kabul and Saigon, the US installed puppet governments that command no loyalty except from minority groups. They were steeped in drugs and corruption, and kept in power by intensive use of American air power. As in Vietnam, the US military and civilian effort in Afghanistan is led by a toxic mixture of deep ignorance and imperial arrogance.

The US military understands it has long ago lost the Afghan War but cannot bear the humiliation of admitting it was defeated by lightly-armed mountain tribesmen fighting for their independence. In Vietnam, Washington could not admit that young Vietnamese guerillas and regulars had bested the US armed forces thanks to their indomitable courage and intelligent tactics. No one outside Vietnam cared about the 2-3 million civilians killed in the conflict

Unfortunately, the PBS program fails to convey this imperial arrogance and the ignorance that impelled Washington into the war – the same foolhardy behavior that sent US forces into Somalia, Afghanistan and Iraq and perhaps may do so in a second Korean War. The imperial spirit still burns hot in Washington among those who don’t know or understand the outside world. The lessons of all these past conflicts have been forgotten: Washington’s collective memory is only three years long.

Vietnam was not a ‘tragedy,’ as the PBS series asserts, but the product of imperial geopolitics. The same holds true for today’s Mideast wars. To paraphrase a famous slogan from Vietnam, we destroyed Iraq, Afghanistan and Syria to make them safe for ‘freedom.’

One of the craziest things about the Vietnam War has rarely been acknowledged: even at peak deployment, the 550,000 US soldiers in Vietnam were outnumbered by North Vietnamese fighting units.

That’s because the huge US military had only about 50,000 real combat troops in the field. The other half million were support troops performing logistical and administrative functions behind the lines: a vast army of typists, cooks, truck drivers, psychologists, and pizza-makers.

Too much tail to teeth, as the army calls it. For Thanksgiving, everyone got turkey dinner with cranberry sauce, choppered into the remotest outposts. But there were simply not enough riflemen to take on the Viet Cong and tough North Vietnamese Army whose Soviet M1954 130mm howitzer with a 27 km range were far superior to the US Army’s outdated WWII artillery.

Poor generalship, mediocre officers, and lack of discipline ensured that the US war effort in Vietnam would become and remain a mess. Stupid, pointless attacks against heavily defended hills inflicted huge casualties on US troops and eroded morale.

The monumentally stupid war mismanagement of Pentagon chief Robert McNamara, a know-it-all who knew nothing, turned the war into a macabre joke. This was the dumbest command decision since Louis XV put his girlfriend Madame de Pompadour in charge of his armies.

We soldiers, both in Vietnam and Stateside, scorned the war and mocked our officers. It didn’t help that much of the US force in ‘Nam’ were often stoned and rebellious.

The January 30, 1968 Tet Offensive put the kibosh on US plans to pursue the war – and even take it into south-west China. Tet was a military victory of sorts for the US (and why not, with thousands of warplanes and B-52 heavy bombers) but a huge political/psychological victory for the Communists in spite of their heavy losses.

I vividly recall standing with a group of GI’s reading a typed report on our company barracks advising that the Special Forces camp in the Central Highlands to which many of our company had been assigned for immediate duty had been overrun at Tet, and all its defenders killed. After that, the US Army’s motto was ‘stay alive, avoid combat, and smoke another reefer.’

The war became aimless and often surreal. We soldiers all knew our senior officers and political leaders were lying. Many soldiers were at the edge of mutiny, like the French Army in 1917. Back in those ancient days, we had expected our political leaders to be men of rectitude who told us the truth. Thanks to Vietnam, the politicians were exposed as liars and heartless cynics with no honor.

This same dark cloud hangs over our political landscape today. We have destroyed large parts of the Mideast, Afghanistan and northern Pakistan without a second thought – yet wonder why peoples from these ravaged nations hate us. Now, North Korea seems next.

Showing defiance to Washington brought B-52 bombers, toxic Agent Orange defoliants and endless storms of napalm and white phosphorus that would burn through one’s body until it hit bone.

In spite of all, our imperial impulse till throbs. The nightmare Vietnam War in which over 58,000 American soldiers died for nothing has been largely forgotten. So we can now repeat the same fatal errors again without shame, remorse or understanding. 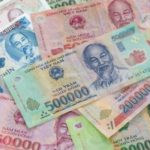 US Treasury Accuses Vietnam of Currency Manipulation, but this Will Not Lead to Sanctions

The U.S. Has No Place in Stirring Up China-Vietnam Relations

We Are Being Lied Into War Again

Is the American Century Over for Good?
Opinion
USVietnam