On October 4 in Niger in central Africa four American special forces soldiers were killed in an ambush by “fifty fighters, thought to be associated with ISIS [Islamic State], a US official said.” In the course of the attack, one US soldier was left behind when the others withdrew, and was subsequently found dead. Nigerien soldiers were also killed, and it is interesting to examine how US media outlets recorded this aspect of what was obviously a disaster for US Africa Command, AFRICOM, the organisation headquartered, bizarrely, in Germany, that has 46 military bases (that we know of) in that continent. (Niger, incidentally, is twice the size of Texas.)

ABC News reported that “a soldier from Niger also died from the attack” while CBS thought that “four Nigerien soldiers died,” and Stars and Stripes went with “several.” CNN’s tally was five but the New York Times didn’t mention Nigerien soldiers at all. Fox News, surprisingly, said that four were killed, as did the Washington Post and the Los Angeles Times, which even expanded to record that there had been eight Nigerien soldiers wounded.

It isn’t to be expected that the US media would ever concern themselves with deep research into how many foreign soldiers are killed in any of the countries in which the US is involved in armed conflict, but the sloppy reporting is a good indicator of the shrug factor.

And the western media continues to shrug about the deep involvement of the US military and the CIA in countries throughout Africa.

President Donald Trump claims he would win an IQ contest against his Secretary of State, Rex Tillerson (how bizarre and nationally demeaning that a President of the United States of America can stoop to such childish yah boo behaviour), but it’s a fair bet he would not be able to identify on a blank map of Africa the countries in which his armed forces are at present engaged in various degrees of conflict. As recorded by Alexis Okeowo in the New Yorker, “Publicly, Africa may not be on the radar of the Trump Administration, but it is a priority for the US military. At the moment, seventeen hundred members of the Special Forces and other military personnel are undertaking ninety-six missions in twenty-one countries, and the details of most are unknown to Americans.”

It is intriguing that the US military — the Pentagon — so rarely informs the public of their global operations, yet much of the world knows about them down to the last detail. For example, it’s obvious that the Taliban in Afghanistan are well aware of all the crash-and-bash US special forces assaults in villages, because they have become more expert in avoiding them and then concentrating on defeating the weak, corrupt, and increasingly ineffectual Afghan armed forces. Not only that, but they reap massive propaganda benefit from publicising the fact that the wham-bam kick-the-doors-down infidels have once again struck a blow for Islamic State recruiting efforts. In Africa, it’s much the same game, with no publicity until that becomes unavoidable because there has been a major disaster involving the deaths of US soldiers. (Mere injuries are never mentioned, but some reporters keep an eye on casevac [casualty evacuation] flights arriving for attention of the caring saints at the US military hospital in Landstuhl in Germany. The numbers are interesting.)

The United States military and the CIA have a large presence in Africa and, as recorded by Nick Turse in April, “A set of previously secret documents, obtained by TomDispatch via the Freedom of Information Act, offers clear evidence of a remarkable, far-ranging, and expanding network of outposts strung across the continent . . . AFRICOM lists 36 US outposts scattered across 24 African countries.”

According to the Pentagon “US forces are in Niger to provide training and security assistance to the Nigerien Armed Forces, including support for intelligence, surveillance and reconnaissance efforts, in their efforts to target violent extremist organizations in the region.” In fact, as CNN reports, “There are about 800 US troops in Niger and the US military has maintained a presence in the northwest African country for five years, with small groups of US Special Operations Forces advising local troops as they battle terrorist groups, including, Islamic State in Greater Sahara, the ISIS-affiliated Boko Haram and al Qaeda’s North African branch, al Qaeda in the Islamic Maghreb.” The place is a war zone, and citizens of the US and Europe have little idea about what’s going on in their names — and at their expense in cash, international credibility and growing distrust and hatred of the West.

Mind you, it’s unlikely that very many Chinese citizens are aware of the deep involvement of their country in the African continent, either. But the difference between ephemeral US policy and long-term Chinese strategy is that Washington seeks domination, while China seeks trade and gradual influence and trust.

While attending the UN General Assembly in September President Trump addressed the leaders of several African nations at lunch. He didn’t mention drones or Special Forces or CIA interrogation cells but made clear his enthusiasm for their countries by declaring that “Africa has tremendous business potential, I have so many friends going to your countries trying to get rich. I congratulate you, they’re spending a lot of money. It has tremendous business potential, representing huge amounts of different markets. It’s really become a place they have to go, that they want to go.”

It’s a pity he hadn’t read the Financial Times in June, when it sagely pointed out that in Africa “In the past 15 years the level of engagement by Chinese state-owned enterprises, political leaders, diplomats and entrepreneurs has put centuries of previous contact in the shade… While Europeans and Americans view Africa as a troubling source of instability, migration and terrorism — and, of course, precious minerals — China sees opportunity. Africa has oil, copper, cobalt and iron ore. It has markets for Chinese manufacturers and construction companies. And, perhaps least understood, it is a promising vehicle for Chinese geopolitical influence.”

Trump doesn’t read the FT or any other source of balanced information, but gets his news and forms his opinions from US television channels, which suits the military-industrial complex very well, as it can count on being unhindered by the White House as it expands its counter-productive military operations across the continent.

Not that China has avoided Africa militarily. Not at all. The United Nations records that China has some 2,600 troops in Africa — all of them firmly under command of UN peacekeeping missions in Congo, Liberia, Mali, Sudan and South Sudan. (The US contributes a total of 48 military personnel and 19 police to worldwide peacekeeping.) The duties of Trump’s soldiers in Africa are, in the words of their chief, General Thomas Waldhauser, to conduct “joint operations, protection of US personnel and facilities, crisis response, and security cooperation.”

General Waldhauser considers that “Just as the US pursues strategic interests in Africa, international competitors, including China and Russia, are doing the same. Whether with trade, natural resource exploitation, or weapons sales, we continue to see international competitors engage with African partners in a manner contrary to the international norms of transparency and good governance. These competitors weaken our African partners’ ability to govern and will ultimately hinder Africa’s long-term stability and economic growth, and they will also undermine and diminish US influence — a message we must continue to share with our partners.”

But the US doesn’t have any genuine partners in Africa. On the other hand, China has created many. As noted by Forbes, “In December 2015, President Xi Jinping ushered in a new era of ‘real win-win cooperation’ between China and Africa. This strategy aims to create mutual prosperity, allowing investors to ‘do good while doing right.’ China has backed this proposal up with a commitment of $60 billion of new investment in major capital projects, which are tied to developing local economic capacity. This level of commitment contrasts starkly with the action, or lack thereof from the West.”

The message is clear. The US military-industrial complex has overtaken and indeed supplanted State Department diplomacy in Africa, as elsewhere in the world, and is intent on escalating its military presence while China is quietly winning friends and influencing people by engaging in massive, well-planned economic projects. No prizes for deducing who is winning in Africa. 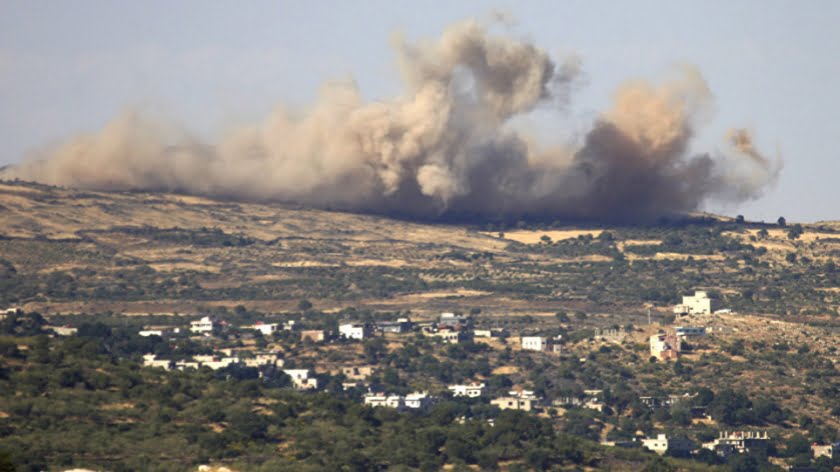 Remember the madcap scene in ‘Apocalypse Now’, the 1979 film by Francis Ford Coppola about American genocidal rampaging in Vietnam? “I love the smell of napalm in the morning”, bellows the psychotic military commander as US choppers strafe and destroy a Vietnamese village. The same kind of unhinged death-wishing is reminiscent in the Trump administration. President Trump… 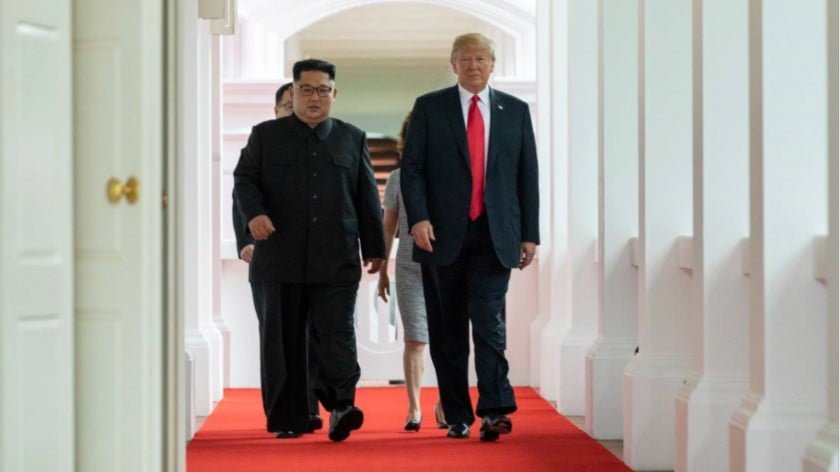 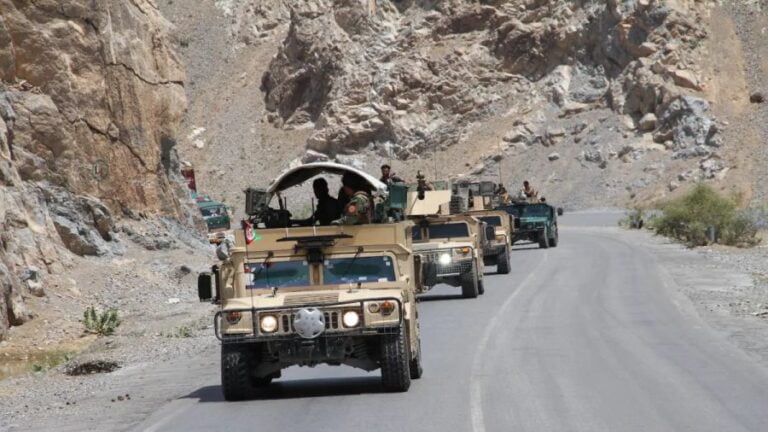 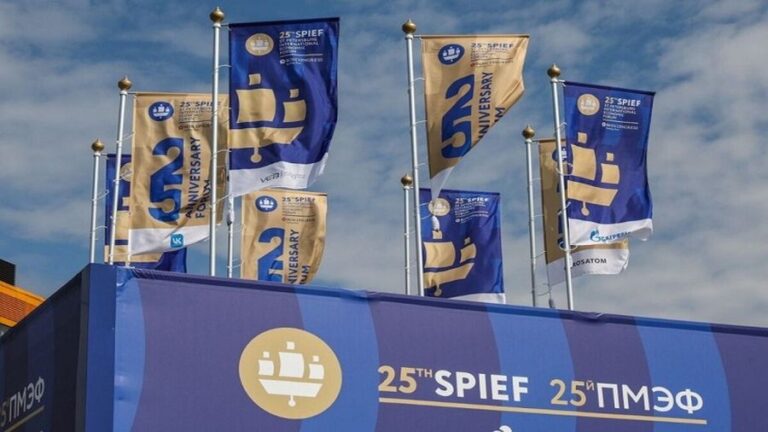 Representatives of Afghanistan have been invited to this year’s St Petersburg International Economic Forum (SPIEF). Their delegation will be represented by Jamal Nasir Garwa, Chargé d’Affaires a.i. of Kabul in Moscow. That being said, Russia shows it is not cooperating with the Taliban, who are still banned by both the UN and the Russian Federation, but with…