Buckle up for a Massive Purge in Washington

What America might want to know right now is: how come Hillary Clinton doesn’t have any legal problems? Why aren’t DOJ investigators examining the financial records of the Clinton Foundation? You would think somebody would want to find out how over $120 million of Russian “charitable donations” ended up on its ledgers around the time that Secretary of State HRC approved the Uranium One deal — compared to which, Bill Clinton’s $500,000 payment from a Russian bank for giving a speech around the same time just looks like walking-around money.

This is not to mention (well, I will) the flow of donations from Saudi Arabia pending approval of a major arms deal by HRC. Or of myriad other donations from foreign nationals tendered simply for face-time with the Secretary. Has any other cabinet officer in US history run a money-gathering org while serving? I don’t think so. Maybe the arrant selling of influence right out-front strains the credulity of government auditors. And while we’re at this, I would like to know how then-FBI director Robert Mueller and President Obama might have been informed about these activities. Or not?

Mr. Mueller also needs to answer about his relationship with former FBI director James Comey — he was apparently Mr. Comey’s mentor — while Mr. Comey needs to answer for his peculiar and probably lawless behavior in dismissing the investigation around HRC’s private email server — that was not his decision to make — and the notorious meeting at the Phoenix airport of former president Bill Clinton and Attorney General Loretta Lynch around the same time the email investigation under Mr. Comey came to a head.

Now comes the news from Donna Brazille, on-again-off-again Democrat Party chair, that the primary elections were elaborately rigged by HRC functionaries to buy control of her nomination. Let’s not even go into the bidding for the Christopher Steele “dossier” alleging kinky sexual romps in Moscow by Donald Trump, or the activities in Ukraine of Tony Podesta’s DC lobbying company — that’s Tony, brother of John Podesta, Clinton campaign chief, whose emails remain a truffle cache for the rooting dogs of the DOJ, if they were actually on-the-task.

I write this as a still-registered Democrat myself — though I consider myself their enemy now, yet hardly a Trump partisan. Are there any like me out there who would like to see both parties tossed onto the garbage barge of history? Of course, to say that also means throwing out a cargo of terrible ideas and beliefs, not just two clown cars of personalities. Identity politics, zero interest rate policy, American Exceptionalism, endless debt, nation-building in foreign lands, FASB-157, sanctuary cities, Title IX coercion, racketeering in health care and higher ed, market interventions, ambiguous borders… is just some of the cargo that needs to be dumped overboard with both parties.

Watergate begins to look as quaint and simple as a game of Chutes and Ladders compared to RussiaGate. Not only are both parties implicated one way or another in multiple nefarious schemes, plots, and intrigues, but the Department of Justice and its subsidiary, the FBI, look culpable in a range of cover-ups and mis-directions. If the DOJ becomes disabled, how does any of this get resolved?

The whole extravaganza is heading toward a constitutional crisis that might clean out the system like a Death Wish coffee enema. Sentiment may arise for Mr. Mueller to step aside, if President Trump doesn’t make the rash decision to simply fire him. The latter would certainly foment a constitutional crisis that could include an effort to run Trump over with the 25th amendment. In the event, we’ll be in a new kind of civil war. 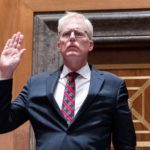