Russia’s plan to build a pipeline connecting Iran, Pakistan and India greatly diminishes the chance that New Delhi will continue to support terrorism in Balochistan.

Russian Energy Minister Alexander Novak confirmed that his country will be constructing a gas pipeline between Iran, Pakistan, and India, with the Russian news agency TASS quoting him as saying that, “The agreement, the memorandum that was signed yesterday, focuses on cooperation in implementation of projects related to gas production in Southern Iran and supplies of this resource to India through the exclusive economic zone of Pakistan under the Persian Gulf.”

The report also said that there would be a branch pipeline as well, and even though it didn’t specify exactly what’s intended by this, The Express Tribune, a Pakistani media outlet, earlier wrote that an unnamed senior Russian official told them that Moscow plans on “laying an offshore pipeline that will pass through Gwadar Port.”

If this turns out to be the case, then the “South Asian Stream” gas pipeline is guaranteed to have far-reaching geopolitical implications by making India’s energy security partially dependent on Pakistani Balochistan, which New Delhi’s Research & Analysis Wing (RAW) intelligence agency has frenziedly tried to destabilize for years already. The author wrote about Indian Prime Minister Modi’s thinly veiled threat to this region last year during his 69th independence anniversary speech in an August 2016 analysis about how “India’s Geopolitical Hate For Pakistan Is Sabotaging The North-South Corridor”.

The main point was that India’s US-backed destabilization efforts against Pakistani Balochistan as part of the larger Hybrid War on CPEC inevitably run the risk of spilling across the border into the neighboring Iranian region of Sistan-e-Baluchistan and unwittingly undermining security in the Chabahar port that forms the terminal location of the planned North-South Transport Corridor with Russia.

Furthermore, a high-profile terrorist incident occurred near the two countries’ shared Baloch border in May, which the author suggested in his piece at the time titled “RAW + Daesh = Jundallah 2.0” was actually an Indian-orchestrated provocation to harm Pakistani-Iranian relations. Whether that was indeed the case or not, was never fully confirmed, but nevertheless, the ruse failed in its suspected goal and the two Muslim Great Powers actually used the experience as an opportunity to grow closer to one another.

Around the same time, India began purchasing less oil from Iran in what was thought to have been its compliance with implied American demands. Tehran countered by selling Moscow a stake in one of its largest offshore gas fields that it had earlier been negotiating with New Delhi, and for a while, it appeared as though Indian-Iranian relations were set for an imminent tailspin.

The geopolitical alignment in mainland Asia was rapidly moving against India as a result of its leadership’s failed clandestine “adventures” in Balochistan, made all the more apparent by the disastrous Donglang Drama that it initiated with China over the summer which humiliatingly ended with New Delhi’s withdraw despite Beijing’s troops remaining in the Tibetan borderland. Just as the US planned, this regional dynamic served to throw India further into its arms in advancing Washington’s grand strategic plan for the 21st century in turning India into its Great Power ‘spoiler’ proxy against China for obstructing the emergence of the Multipolar World Order.

While it’s still the case that India is much closer to the existing American-led Unipolar World Order and Western Globalization than the rising Chinese-led multipolar one characterized by Silk Road Globalization, it’s undeniable that Russia’s decisive energy intervention is a diplomatic masterstroke designed to slow down the pace of New Delhi’s geostrategic “defection” towards Washington.

Russia has been enthusiastically expanding its relations with India over the past couple of years despite Modi’s obvious turn towards the US, though Moscow did this with an eye on eventually using its newfound leverage with New Delhi to Beijing’s ultimate benefit, as described in the author’s August 2016 article about how “Russia’s Diplomatic Balancing Act In Asia Is To The Benefit Of Its Chinese Ally”. It appears as though Russia’s recently announced plans for a “South Asian Stream” gas pipeline between Iran, Pakistan, and India will assist China’s long-term security by removing — or at least lessening – the New Delhi-backed Baloch terrorist threat to CPEC, which in turn improves the odds that the Beijing-led multipolar Silk Road replacement to the Washington-led international order will succeed. It remains to be seen if this will indeed be the case because India’s Machiavellian-like Chanakya treachery is well known, but none of this would nevertheless have been possible had it not been for Russia’s foreign policy “progressives”.

As explained in the author’s September 2017 analysis about how “Russia’s Foreign Policy Progressives Have Trumped The Traditionalists”, this leading faction of the Ministry of Foreign Affairs envisions their country’s 21st-century grand strategy as being the supreme balancing force in the Eurasian supercontinent, and to this end they’ve sought to clinch a variety of non-traditional partnerships all across the landmass. Of relevance to the present piece, this has to do with the game-changing Russian-Pakistani rapprochement, without which it would have been impossible for Moscow to clinch such a win-win deal with its historic Cold War-era rival in Islamabad.

The foreign policy “progressives’” “Ummah Pivot” has therefore given birth to “South Asian Stream”, which proves that Moscow can indeed function as a balancing force in the transregional Mideast-South Asian space, and thereby confirming Russia’s grand strategic concept in using Great Power diplomacy to acquire irreplaceable value to its Chinese and Indian partners in managing the New Cold War between them and facilitating the global transition to multipolarity.

If President Donald Trump doesn’t get an Obamacare replacement bill passed into law, then he’s not going to get anything significant done in domestic policy, because he had made this goal the centerpiece of his campaign. But it won’t happen; his Presidency (at least in domestic policy) is already dead. Trumpcare — his promised replacement… 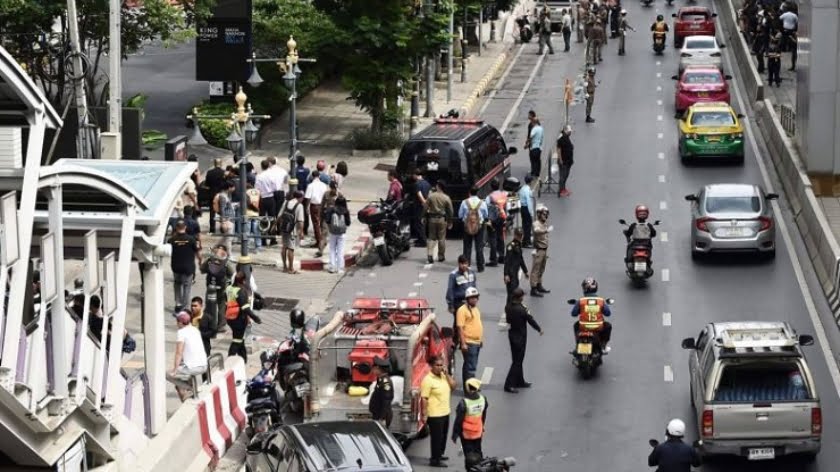 Several small bombs detonated across Bangkok on Friday, August 2, amid a meeting between the Association of Southeast Asian Nations (ASEAN) the US, China, and Russia. There were several injuries reported, but no deaths. Despite a Western media deliberately feigning confusion over motives and possible suspects while attempting to depict the capital as “in chaos” and the…