One Hundred years after the Balfour Declaration – what is actually going on in Palestine?

I’d like to say that Palestine is burning and Israel suffers, but the truth must be told:

Israel and Palestine are prospering under Netanyahu. It has never been so good. The minimum wage on the Israeli side is now over $1500; in a couple of years it went up from 4000 to 5300 shekel per month. Inflation didn’t follow this rise, despite dire predictions. The poor are not poor anymore, though perhaps some are less than prosperous.

The prices in local currency are stable. On the international scene, the shekel is high, very high (though still below its dizzying heights of 2014), and the Treasury fights to prevent its further rise. That’s why prices appear rather expensive for a foreigner. A sandwich, the humble Israeli/Palestinian falafel and a soft drink will set you back (at least) 10 bucks, and in Tel Aviv it will probably be prepared and served by an African refugee. A modest sit-down lunch costs about 20 dollars, a good dinner much more, and you have to book it well in advance to find a table. This is on the Israeli side. On the Palestinian side, a similar lunch will cost slightly less, perhaps $15. Still the restaurants are full; Israelis love to eat and they do eat all the time, talking about food a bit too much.

Tourists stampede into the Holy Land like never before. This October, all the hotels in Jerusalem and Tel Aviv were full up; it was difficult to find a room for less than $200 per night even further afield. Bethlehem and even Hebron hotels are full, too. Their occupants are tourists heading for Jerusalem. There are queues to enter the more important sanctuaries and tourist attractions, the Nativity Church in Bethlehem and in the Holy Sepulchre in Jerusalem they queue for hours to venerate the spot of the Saviour’s birth and entombment.

The Palestinians are joining in this prosperity by building homes. There is a great building boom all over the West Bank. New apartment houses grow on every empty spot. Yesterday’s poor villages like Imwas near Bethlehem and Taffuh near Hebron became real towns of 3 to 4 floor modern houses, very similar to those coveted by Israelis. They are not as charming and beautiful as those built by their fathers and grandfathers, but it is a global trend.

Israel minimized the internal checkpoints that previously separated practically every Palestinian village from its neighbours. Nowadays, a Palestinian can travel more or less unhindered in his area. It is still pain in the neck to go from Bethlehem (just south of Jerusalem) to Ramallah (just north of Jerusalem), and it is almost impossible to go to Jerusalem, but this is already progress.

Ramallah is a modern city, with many recently built good houses, five-star hotels, fancy restaurants, and the near-by university of Bir Zeit. It is no longer the city that valiantly had fought the Israeli army during the Second Intifada of 2001. It has become softer. The Israeli army still enters the city whenever it wants and snatches citizens, sometimes for a irreverent posting in Facebook. Recently they arrested a young man when Google mistranslated his ‘Good Morning’ as ‘Go and Kill them’, or something similar.

Israeli citizens are not allowed by the Israeli government to enter Palestinian territories. It is probably a smart move: if the Israelis could see how similar, in the same Western-style milieu, their neighbours live, they’d understand that the Wall is not needed, for there is preciously little difference between the two sides, and that would be the end of self-imposed Jewish separatism.

I can’t possibly celebrate this convergence; I loved the good old Palestine of private stone houses amid vineyards, and Palestinian peasants always at work with their olive trees and springs. It is gone. In Dura al-Kari’a, a charming village with beautiful springs, the fields are deserted. Children of hard-working peasants work in the government offices of Ramallah and they do not dream of going back to field work. The springs are not cherished as the only source of life, they are taken care of as a pleasant memory from the irrelevant past. Neo-liberal capitalism destroyed what Zionism failed to kill.

However, this is reality of the 21st century. The same developments occurred in Provence and in Toscana across the sea; while much worse things happened in nearby Syria and Iraq. People got used to this new reality, it is only us, old romantics, who complain.

This prosperous Israel can easily absorb prosperous Palestine by voiding its apartheid laws. Years ago it would be a jump into unknown, today it will be as normal and easy step as making the border between Maryland and Virginia (there was even a border dispute between the two over Potomac River) practically invisible.

However, there are no voices in Israel calling for such a step. Jewish right-wing parties that want to integrate Palestine are willing to do so sans the inhabitants. They produce plans on how to keep the land and get rid of the people. The Jewish Israeli Left has practically disappeared. Its main Labour Party elected a new leader this month, and he already promised never to give up on settlements (they should remain Jewish forever) and never allow Arabs into his government. He also called for even a more vigorous and fighting attitude toward neighbours of the Jewish state: if they shot a missile, we should shoot fifty. The Arabs understand only the language of force, he said. With such a Left, who needs a Right?

So it would be sensible from the point of view of loss and profit to integrate, but it was always sensible, even in 1948, when Israel owned the only modern harbour of Haifa in the Eastern Mediterranean, the pipeline could deliver Kirkouk oil to Haifa refineries and railways connected Beirut with Damascus and Cairo via Jaffa and Tel Aviv. Even then the Jews could roll in gold, but they preferred eternal hostility. Knowing that, I am not sure this time it will be different.

The second part of the Balfour Declaration, the promise to safeguard the rights of non-Jews, turned out to be a hard part. And until the Jews are forced to reconsider, any real progress is unlikely. But even without progress and in conditions of inequality, the unique geographical position of Palestine and the reasonable economic policies of Netanyahu makes life quite bearable. It is very annoying not to be able to drive freely from Bethlehem to Ramallah or Jaffa, it is a great pain not to be able to fly from and to the only airport in the country, but economically things are not that bad. Perhaps many blacks prospered even in the days of Jim Crow, and in the days of SAR apartheid. 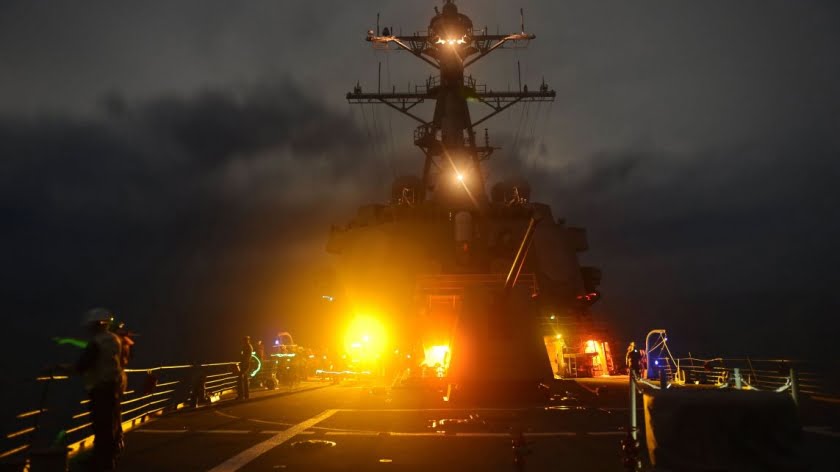 US-Turkish relations are experiencing difficulties. It would appear that neither Ankara nor Washington can continue the “strategic partnership” in deterring Russia and the tactical cooperation against Assad. There have appeared unconfirmed reports that the US have withdrawn their nuclear munitions from Turkey. But the recent statements by the Deputy Prime Minister Veysi Kaynak that Turkey… 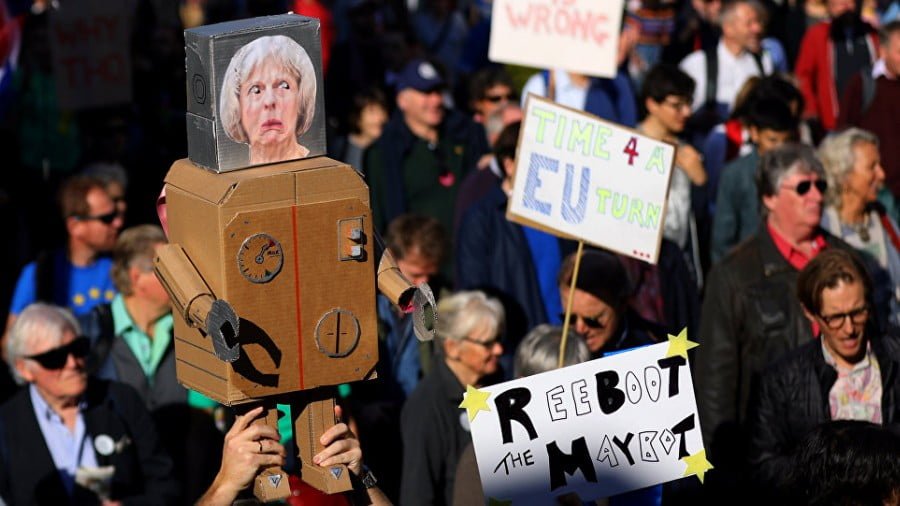 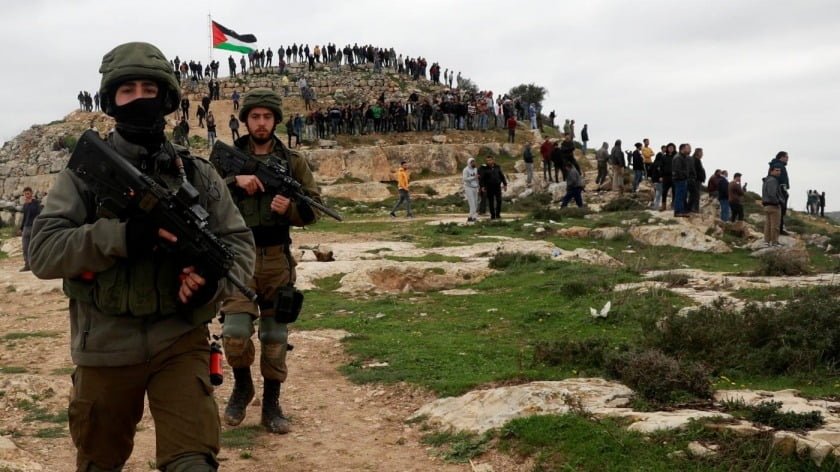 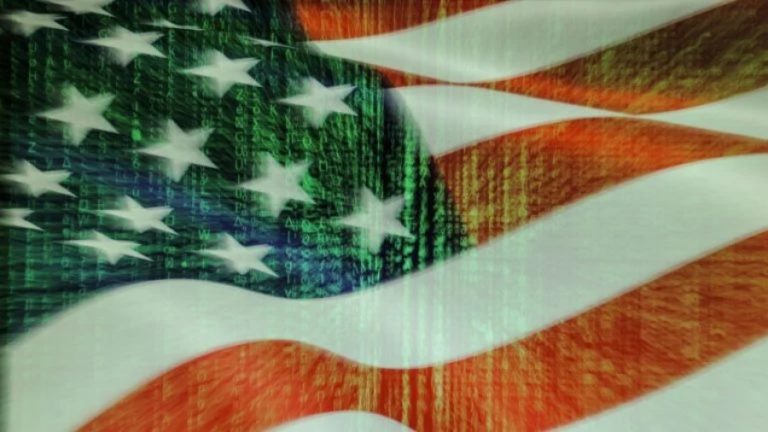