Libya, once the gem for high-living standards in Africa, is today a failed state. Thanks to the discordant foreign policy of President Barack Obama and his secretaries of state, Hillary Clinton and John Kerry, Libya is now a country plagued by rival governments, gangs of terrorist marauders, human smuggling syndicates, and a collapsing infrastructure that was once the envy of its neighbors.

The NATO and Saudi-inspired revolt against the Libyan government of Muammar Qaddafi commenced in February 2011. The US military operation against Libya was code-named Operation Odyssey Dawn. America’s “odyssey” has been a disaster for Libya.

After almost seven years and tens of thousands of deaths, Libya, is effectively split into three separately-governed regions. The first is the Libyan capital of Tripoli and its surrounding area, which is governed by the “New General National Council,” backed by the Muslim Brotherhood, Turkey, and Qatar. The council, composed of Islamist radical groups, in addition to secularists, has refused to cede authority to a United Nations-formulated Council of Deputies. The second region is in the eastern province of Cyrenaica, close to the Egyptian border, where a rival government, claims authority over all of Libya from its headquarters in the Dar al-Salam Hotel in Tobruk. Backing the Tobruk government is the Libyan National Army, led by one-time Qaddafi army official, Field Marshal Khalifa Haftar, which claims pockets of control in Cyrenaica, including Benghazi, and to the east od Tripoli, close to the Tunisian border.

Haftar was the commander of Libyan troops in the 1986 war in Chad. After he and his forces were taken prisoner, they came under the control of the United States. Haftar became an asset of the Central Intelligence Agency and, from his home near CIA headquarters in Langley, Virginia, he led a political and armed guerrilla opposition to Qaddafi with the assistance of the CIA’s Special Activities Division (SAD). The CIA quickly ordered Haftar to return to Libya during the 2011 revolt against Qaddafi. With the support of Egypt, Saudi Arabia, the United Arab Emirates, and France, Haftar is the enforcement arm of the Tobruk government in its battle with the New General National Council in Tripoli for control of the entire country.

Before he became a tool of the CIA, Haftar’s name was transliterated from Arabic to English as “Hifter.” The original use of “Hifter,” which looks and sounds like “Hitler,” was purposeful and meant to disparage the Qaddafi government as a latter-day anti-Semitic scourge on the Mediterranean coast. When Hifter, or “Haftar,” as he is now known, first appeared on the scene in civil war-ravaged Libya, some publications, including The Washington Post and The New York Times, spelled the general’s name as “Hifter.” It was not long before the psychological warfare gurus at the CIA ordered compliant media, including the forever-dubious Wikipedia, to drop the Hifter spelling in favor of Haftar.

Haftar and his CIA controllers used the Western media to portray Qaddafi in the worst possible light. Qaddafi was linked by the CIA to the Islamic Jihad group that assassinated Egyptian President Anwar Sadat. The information, of course, was false, but there was always an attempt by the CIA to link Qaddafi to Islamist extremists. Qaddafi, a pan-Arab socialist and a fan of Egyptian President Gamal Abdel Nasser, was anathema to Islamists and the Libyan leader’s support for the Soviet Union and other Communist states was heretical to the Islamists.

The third region of Libya that answers to its own interests is the Fezzan province along the western border with Algeria. The Tobruk government claims to be in control of much of Fezzan, but this region is a true “no-man’s land.” Tuareg tribes dominate in the Fezzan and they have no inclination of accepting any domination from either Tripoli or Tobruk. The Fezzan is where unscrupulous traffickers move their hapless human cargo from several sub-Saharan African nations for dangerous boat crossings to Europe. The tribes and human and drug traffickers that control the wide stretch of desert land that makes up the Fezzan are armed to the teeth with weapons looted from Qaddafi’s massive arms caches and those provided to Libyan warring parties by NATO and the Gulf Cooperation Council states.

America’s first and foremost priority for Libya is control of the country’s oil fields. Libya’s oil reserves, before and after Qaddafi’s 1969 coup, have been dominated by the Hunt Oil Company of Texas, a company linked to the CIA and far-right causes. Every US president since Harry S Truman has seen Libya as nothing more than a massive gasoline station for Washington.

Haftar and the dozen or more stooges who have been propped up by Washington and the CIA in Tripoli, Benghazi, and Tobruk are not able to instill any belief in a strong and unitary Libyan state as did Qaddafi. The CIA and the Saudis and Emiratis despised Qaddafi for his Arab credentials. A November 17, 1981 US National Security Council memorandum points out why Qaddafi was hated by the Saudis and their Arabian brethren. The memo stated that “although the Bedouin tribes which dominate Cyrenaica and Tripolitania are the purest Arabs outside the Arabian Peninsula, Libya does not fall into the domain of experts who study the Mashriq of Arab East because they are physically separated by non-Arab Egypt with its totally distinct culture and history.” Therefore, the Saudis and other Gulf Arabs despised Qaddafi because the Libyan leader, a member of one of the “pure Arab” Bedouin tribes, was as much an Arab as any Saudi king or prince or Gulf emir and was in a position to claim leadership over the pan-Arab “nation.” The threat posed by Qaddafi’s “Arabness” to the House of Saud and al-Thani family in Qatar was a major reason why the Saudis and Qataris financed and armed the Libyan Islamists who would eventually take over Libya and assassinate Qaddafi while he was being held prisoner by the jihadist rebels. Hillary Clinton sent a distinct message to her and her husband’s Clinton Foundation donors in Riyadh, Doha, Abu Dhabi, and Dubai when she boasted about Qaddafi’s assassination, saying, “We came, we saw, he died.”

The Saudis and their jihadist allies in Libya also ensured that Sufi leaders were killed off and Sufi shrines destroyed. The reason was centered around Sufism being a threat to the radicalism of Saudi Wahhabism. Libyan Islam rests on the Sanussi Sufi tradition established by the Algerian-born cleric Mohammed Ibn Ali al-Sanussi in the 1830s. Sanussi, also known as the Grand Sanussi, founded the Sanussi religious order in the Hejaz of Arabia and it became a counterweight to the extremely radical Wahhabist order of the Nejd. Sanussi moved his headquarters to Cyrenaica. Eventually, Libyan Islam would be based on the trans-border Sufi Islamist philosophy of Sanussi while the Saudi Arabians established the extreme Wahhabism as the state religion of Saudi Arabia. The Grand Sanussi’s grandson would become King Idris I of Libya. Although Qaddafi ousted Idris in a 1969 coup that ended the monarchy, the charismatic Libyan colonel was an adherent of the Sufi Sanussi tradition, and, therefore, a sworn enemy of the Wahhabism practiced by the Saudis and the Arab Gulf potentates. When there was some interest by Washington and other NATO countries in trying to restore the Sanussi monarchy in Libya, the Saudis, Qataris, and Emiratis objected fiercely. As far as Riyadh, Doha, and Abu Dhabi were concerned, here would be no restoration of the Kingdom of Libya under the hated Sanussis.

The West and its friends in Saudi Arabia and the UAE are content with a fractured Libya. In the aftermath of the Saudi-led boycott of Qatar, Doha has been relatively open about intelligence it possesses on Saudi and Emirati collusion with terrorist groups in Libya, Syria, and Yemen. Regardless, Libya, like Iraq, Yemen, Syria, and South Sudan, are now nations wracked by civil strife and total lawlessness. It’s a truly despicable legacy that was left by Obama’s and Clinton’s “Arab Spring.” 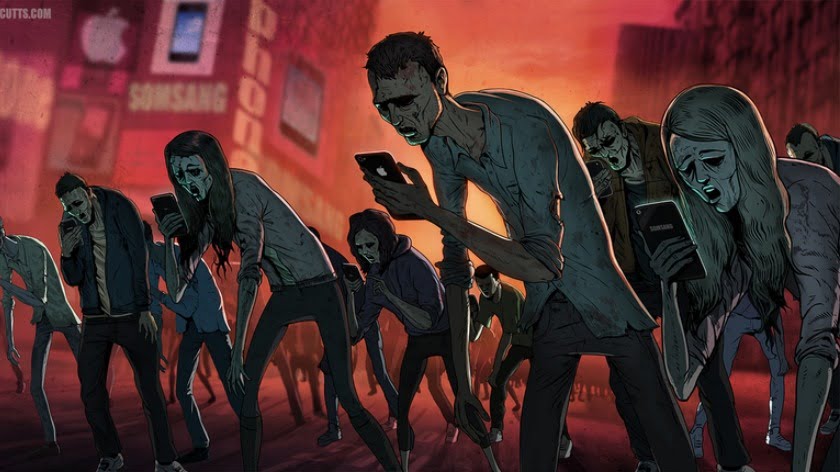 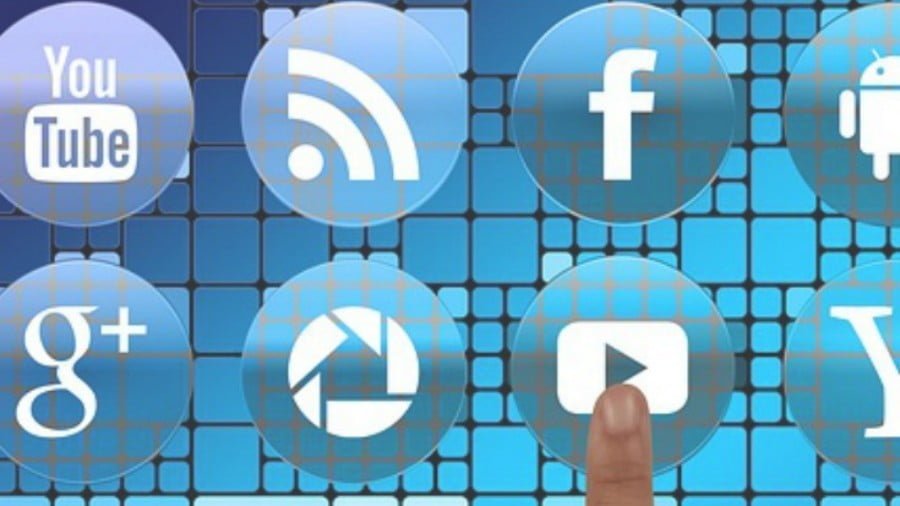 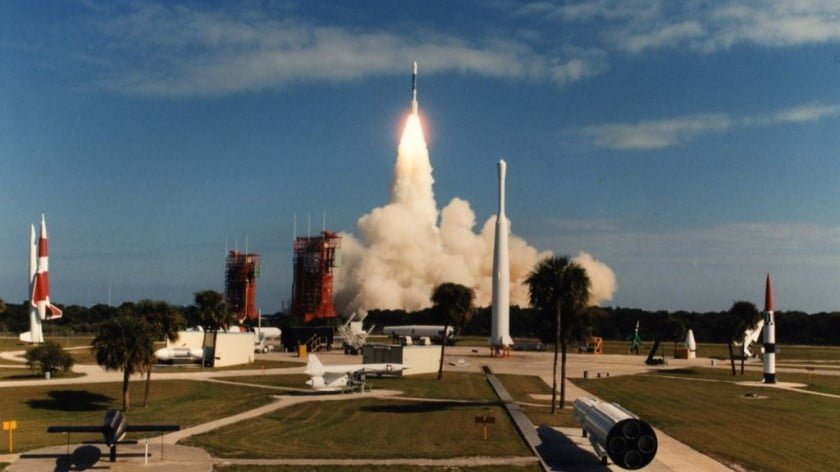 Washington has urged Islamabad to “redouble” its efforts in fighting terrorists. And while Pakistan insists that “no safe heavens” exist in the Central Asian country, the CIA over the weekend vowed to fight terrorism with or without Islamabad. On Monday, US Defense Secretary James Mattis arrived in Pakistan, seeking to convince Islamabad to get onboard… 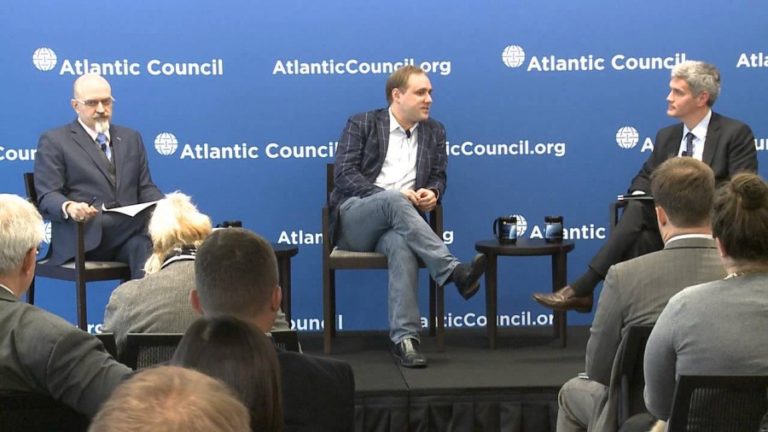