For years now, I have been warning about the relationship of interdependency between the U.S. and Saudi Arabia and how this relationship, if ended, would mean disaster for the petrodollar system and by extension the dollar’s world reserve status. In my recent articles ‘Lies And Distractions Surrounding The Diminishing Petrodollar’ and ‘The Economic End Game Continues,’ I point out that the death of the dollar as the premier petrocurrency is actually a primary goal for establishment globalists. Why? Because in an effort to achieve what they sometimes call the “global economic reset,” or the “new world order,” a more publicly accepted centralized global economy and monetary framework is paramount. And, this means the eventual implementation of a single world currency and a single global economic and political authority above and beyond the dollar system.

But, it is not enough to simply initiate such socially and fiscally painful changes in a vacuum. The banking powers are not interested in taking any blame for the suffering that would be dealt to the masses during the inevitable upheaval (or blame for the suffering that has already been caused). Therefore, a believable narrative must be crafted. A narrative in which political intrigue and geopolitical crisis make the “new world order” a NECESSITY; one that the general public would accept or even demand as a solution to existing instability and disaster.

That is to say, the globalists must fashion a propaganda story to be used in the future, in which “selfish” nation-states abused their sovereignty and created conditions for calamity, and the only solution was to end that sovereignty and place all power into the hands of a select few “wise and benevolent men” for the greater good of the world.

I believe the next phase of the global economic reset will begin in part with the breaking of petrodollar dominance. An important element of my analysis on the strategic shift away from the petrodollar has been the symbiosis between the U.S. and Saudi Arabia. Saudi Arabia has been the single most important key to the dollar remaining as the petrocurrency from the very beginning.

The very first oil exploration and extraction deal in Saudi Arabia was sought by the vast international oil cartels of Royal Dutch Shell, Near East Development Company, Anglo-Persian, etc., but eventually fell into the hands of none other than the Rockefeller’s Standard Oil Company. The dark history of Standard Oil aside, this meant that Saudi business would be handled primarily by American interests. And the Western thirst for oil, especially after World War I, would etch our relationship with the reigning monarchy in stone.

A founding member of OPEC, Saudi Arabia was one of the few primary oil-producing nations that maintained an oil pipeline that expedited processing and bypassed the Suez Canal. (The pipeline was shut down, however, in 1983). This allowed Standard Oil and the United States to tiptoe around the internal instability of Egypt, which had experienced ongoing conflict which finally culminated in the civil war of 1952.

Considered puppets of the British Empire at the time, the ruling elites of Egypt were toppled by the Muslim Brotherhood, leading to the eventual demise of the British pound sterling as the top petro-currency and the world reserve. The British economy faltered and has never since returned to its former glory.

Perhaps we are seeing some parallels here?

Civil war may not be in the cards for Saudi Arabia; so far a quiet coup has been rather effective in completely changing the power base of the nation over the past few years. The primary beneficiary of that change in power has been crown prince Mohammed Bin Salman, who only answers to King Salman, an 81-year-old ruler barely involved in leadership.

To understand how drastic this coup has been, consider this — for decades Saudi Kings maintained political balance by doling out vital power positions to separate, carefully chosen successors. Positions such as Defense Minister, the Interior Ministry and the head of the National Guard. Today, Mohammed Bin Salman controls all three positions. Foreign policy, defense matters, oil and economic decisions and social changes are now all in the hands of one man.

But the real question is, who is behind that man?

Well, the recent political purge of various “neo-conservative” tied Saudis might lead some to believe that Prince Mohammed is seeking an end to globalist control of Saudi oil and politics. These people would be wrong for a number of reasons.

Prince Mohammed has also established much deeper ties to Russia and China, creating bilateral agreements which may end up removing the dollar as the mechanism for oil trade between the nations.

You would think that this kind of strategy would be highly damaging to the West and to American interests in particular and that the corporate establishment would be doing everything in their power to stop it. However, this is not at all the case. In reality, the globalist establishment is fully behind Mohammed Bin Sulman’s “Vision for 2030.”

Corporate behemoths such as the Carlyle Group (Bush family, etc), Goldman Sachs, Blackstone and Blackrock have ALL been backing the Vision for 2030 and Prince Mohammed through his Public Investment Fund (PIF), of which he is the chairman.

Trillions in capital are flowing through PIF, most of it from the coffers of globalist establishment companies. Once again I point out that the so-called “East versus West division” and the Eastern “opposition” to the globalists is complete nonsense; banking elites and globalists are the true influence behind the move away from the dollar, as the Saudi example and the Vision for 2030 shows. The end of the dollar as world reserve works in their favor — it is planned.

This does not end with the death of the dollar’s petro-status, though. These kinds of upsets in the power dynamic invariably lead to war. War acts as a kind of cleansing of the historical record; it tends to distract the public, for generations, from those that truly benefit from geopolitical and economic strife.

Prince Mohammed has already triggered conflicts with Yemen and Qatar, but this seems to have only been a precursor to greater kinetic displays of force. The next target appears to be Lebanon, and eventually Iran and Syria.

The first signal came with the resignation of Lebanon’s Prime Minister Saad Hariri on November 4, a resignation Hezbollah claims was forced by the Saudi government. Interestingly, Saad Hariri recorded the televised announcement in Saudi Arabia.

This shocking disruption to Lebanon’s political apparatus has been followed by an escalation in saber rattling by Saudi Arabia against Hezbollah (which is considered by many to be merely a puppet organization of the Iranian government). If official polls are to be believed, the Lebanese population is in extreme disagreement over Iran and Hezbollah, which could add to internal divisions and civil war if tensions continue to grow. Add to this the suspected (but officially denied) “secret visit” by Prince Mohammed to Israel in September, and the newfound “friendship” between the two nations in the months since, and we have quite a bit of momentum for a war in Lebanon.

The question is, will a war between Saudi Arabia and perhaps Israel against Hezbollah in Lebanon remain a proxy war, or will it gestate into a wider conflict drawing in Iran, Syria and perhaps even the U.S.?

First, keep in mind that Prince Mohammed has already frozen and/or confiscated approximately $800 billion in assets from his imprisoned political enemies. More than enough to fund a war campaign for several years, maybe even an expanded war against Iran.

Trump’s rhetoric against Iran and his re-institution of sanctions seems to coincide nicely with the increasing tension between the Saudis and Hezbollah. Israel attempted an invasion of Lebanon in 2006 and was soundly and embarrassingly defeated. But, the Israeli government does still showcase a willingness to enter into a ground war in the region, and with the combined forces of the Saudis and the Israelis, we might see a different outcome. Iran would be forced to intervene.

Syria under the Assad regime would also most likely be drawn in through its mutual defense pact with Iran.

I believe that major powers like the U.S. and Russia will probably not become involved in a wider sense, but continue to insert covert forces into the region and support opposing nations through funding and armaments. As with North Korea, I would not expect “world war” on the scale of a nuclear conflagration to develop in the Middle East.

What I do expect is something far more devastating — namely an accelerated disintegration of our already collapsing economic structure as war plays out abroad and the loss of the dollar’s world reserve and petro-status hits us hard at home. So far, in my view it appears that the insanity in Saudi Arabia, (along with the continued war drums against North Korea), is a perfect trigger point that provides a catalyst for mass distraction.

World economic war is the real name of the game here, as the globalists play puppeteers to East and West. It is a geopolitical crisis they will have created to engineer public support for a solution they predetermined. 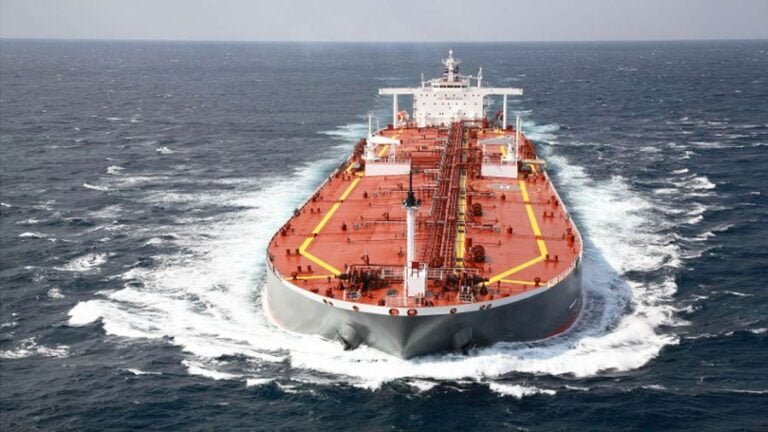 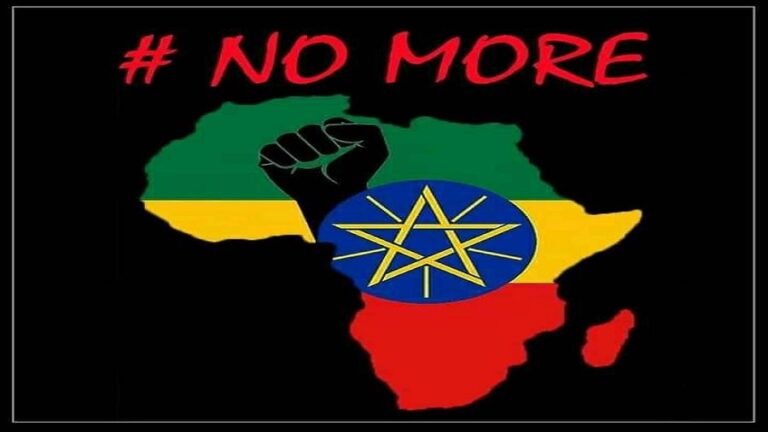 These aren’t just musical words spoken by a diplomat to please his hosts but an objective observation that deserves to be further elaborated upon. Russian Ambassador to Ethiopia Evgeny Terekhin praised his host country’s inclusive national dialogue that he predicted will bring peace not only to this Horn of Africa leader, but to the rest… 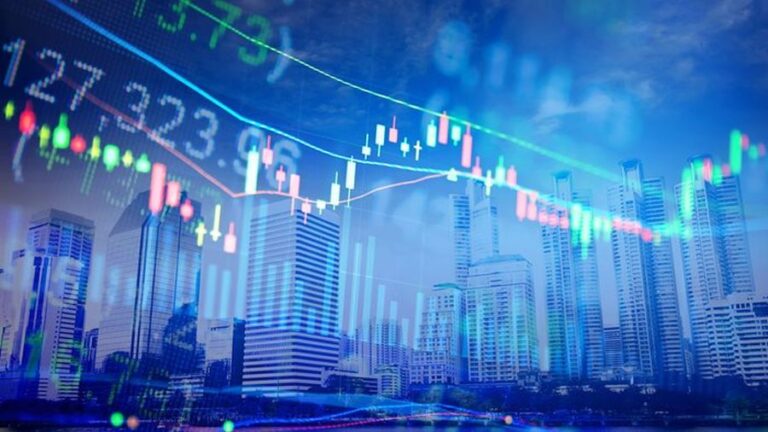 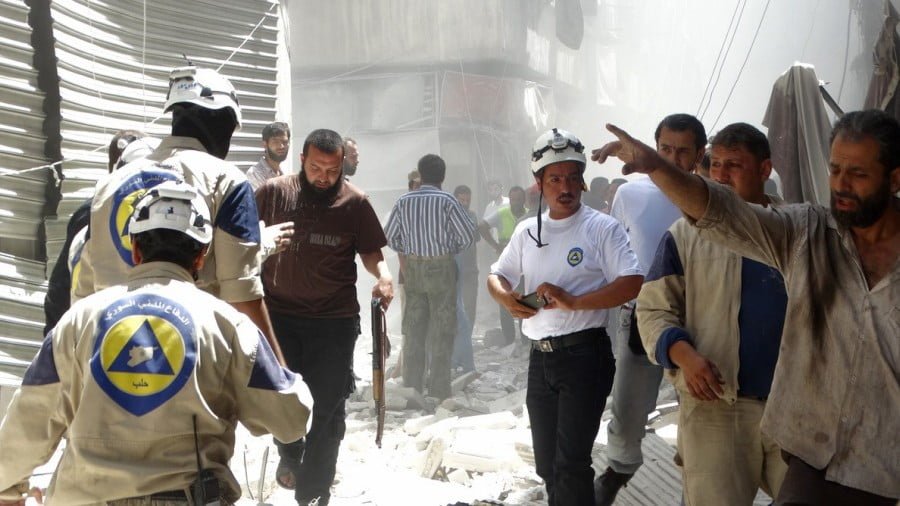