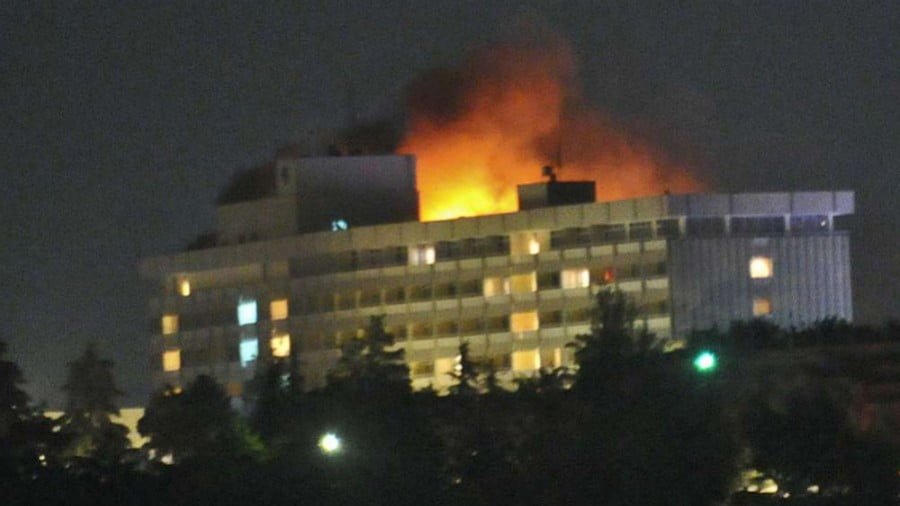 The Intercontinental hotel in the heart of Afghanistan’s capital city Kabul was stormed by militants last Friday, with the intent to kill and shed blood, to portray an Afghanistan which is still at war. In the grisly attack, many private sector and government officials were burned to ashes and declared “missing” inside the building after the hired terrorists did their utmost to vandalize and maximize the death toll. Who are the sponsors of these atrocities?

The grieving people of Afghanistan were still reeling from the hotel attack when an explosive-packed ambulance, reportedly an Afghan National Army’s facility used by militants, went off in the midst of teeming street and added more than 100 dead to an already high record of civilian casualities. Many of them have burned beyond recognition. The attack marked the latest in a flurry of armed raids on public institutions from hospitals and hotels to charity organizations and holy sites.

The attack’s enormity could also be measured by international condemnation. The US embassy, the UK embassy, Indian embassy, NATO’s Secretary General, the United Nations Secretary General and even the UK’s foreign minister Boris Johnson issued statements condemning the attack. In a bitter irony, these terrorist atrocities will be used by the US or NATO to justify “more troops” or a “longer stay” in Afghanistan.

The Islamic State or Taliban or any other belligerent group that shamelessly claim the responsibility for these massacres of civilians are, indeed, not a free rebellious movement as described by the media or Afghan Government officials or NATO, it is merely a name given to de facto insurgent factions made up of unrelenting mercenaries who are brainwashed and trained to keep imperialism’s war machine running.

You might wonder how militants penetrate into the center of Kabul to generate a tragedy. Militants are nothing but pawns used in suicidal attacks; the true masterminds are living lavish lives in Kabul and elsewhere and appear in ties and suits.

In July 2017, following Kabul’s horrific blast in the diplomatic area near German embassy that sparked worldwide reactions, Doha-based Al-Raya daily accused the US of being behind the incident. The source said that the US had organized it to terrify its allies, especially the European countries. It elaborated that such sophisticated bombing can only be designed and carried out by powerful countries and insurgent groups can’t even think of it.

Each and every terror attack in the capital has a specific motive behind it. It is a war backed by extraordinary powers. Afghan security officials do not have authority or ability to contain these attacks. . Blaming Ashraf Ghani’s Government for falling short in securing Kabul is of no avail. The Government is only a speaker to explain the aftereffects and fatalities of the explosions. We [the people of Afghanistan] are mired in a vortex that no internal force is able to contain.

The aftermath of some of the bloody events tells all about the causes of the incident. As a minded Afghan citizen, you can notice and develop a sense of reality by watching the subsequent blame-game and developments that take place in connection with an attack. It makes you figure out the deeply buried sides of realities behind the frequent deadly blasts.

Within hours of the Intercontinental Hotel attack, Pakistan condemned it. Islamabad has been under fire for supporting militants within its territory who allegedly organize terrorist bombings in Afghanistan. This country’s hasty move of condemnation was aimed to demonstrate that it was not behind [this] armed attack. As usual, Afghanistan’s security officials and the Trump administration threw the blame on the Pakistan-based terrorist Haqqani network and rid themselves of accountability to the mourning people of Afghanistan.

The dependent media of Afghanistan is also toeing the line by concluding the news reports with hurling all the blames across the border on Pakistan’s terrorist hub. The media and Afghan Government’s promotion of Pakistan as a country that directs suicide bombers into Afghanistan has made the people hell-bent that Pakistan is behind all the havoc in Afghanistan. These misguided minds send their curse against Pakistan for each attack.

It is worth noting that two days before the hotel disaster, the US embassy issued a warning to its citizens in Afghanistan about a likely armed raid on one of hotels in Kabul. Did it have Foreknowledge of the attack?

Why didn’t it share the intelligence information with Afghanistan’s security agencies with a view to thwarting the terror attack.

Or, assuming the Afghani authorities had been informed, why did they not act in the face of a predicted armed terror attack?

Have the people of Afghanistan been doomed to suffer?

Following the hotel attack, the US-led airstrike on Haqqani network’s strongholds in Pakistan pacified the resentment of those Afghans who pin every Afghan mess on Pakistan. I don’t view Pakistan “innocent or without guilt” in Afghanistan’s dirty war.

Moreover, the US should be held responsible for its very presence in Afghanistan.

The “Taliban and other militants groups” have waged Jihad and kills dozens of Afghan citizens every day, if not for its direct involvement in the war crimes. The NATO and the US has walked back and left Afghanistan and Pakistan to exchange blaming words in the context of deadly blasts in Afghanistan.

Afghanistan’s conflict must burn under a constant fire with a view to justifying continued US military occupation. Afghanistan is depicted as a country “still at war”, otherwise a brief tranquility would question the legitimacy of the presence of the US and international forces in this country.

Drug business and rare earth elements aside, an ongoing war in Afghanistan provides a pretext to US to confront and challenge Pakistan for its warm relations with China.

While there is no firm evidence of Islamabad’s involvement, the hotel attack was picked up by the White House’s spokeswoman to warn Pakistan as well as justify the US led strikes against the Haqqani in Pakistan. And now after Saturday’s blast, President Trump warned the so-called Taliban militant group.

The horrified residents of Kabul were shocked to watch a barrage of gruesome images of the explosion site uploaded on social media.

This war sees no public institution or place including hospitals as exception or exemption. On last Wednesday, Save the Children international organization’s office was assaulted by armed suicide bombers in eastern Nangarhar province where they killed and injured many innocent civilians. This Saturday’s cowardly blast is the third in a week.

As a sign of terror among citizens, some employees of the multi-storey government establishments have tied a rope to their room to slide down through windows in the event of a raid by armed militants.

The bitter reality is that the people of Afghanistan have not recognized their true enemy and desperately shout against this and another. Thanks to social media, people are slowly learning the shadows of the dirty Afghan war.

It is pertinent to note that the war in Afghanistan has cost more than 100,000 lives (2001-2014), according to the US-based Brown University’s Watson Institute for International Studies. This is while reports inform that casualties have soared since 2015. In 2016 alone, nearly 12,000 Afghans have succumbed to the war. 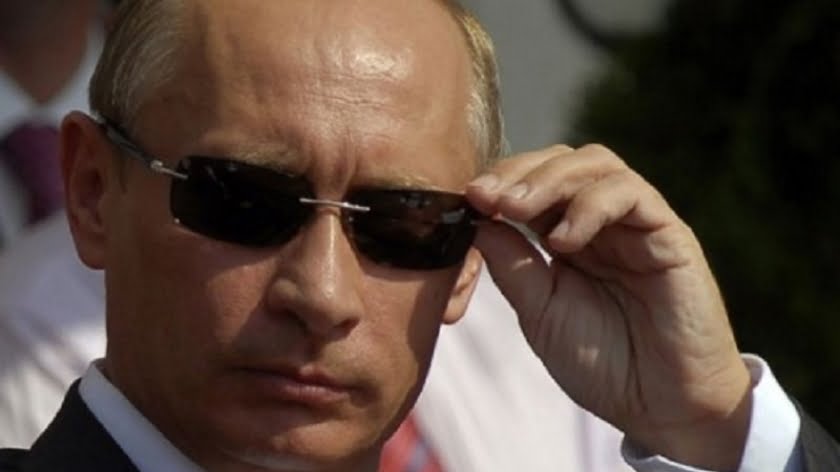 Russia rejected its OPEC+ partners’ request late last week to further curtail its oil production next month because it understood that doing so would make its American shale rivals more competitive, which would in turn empower the US to continue weaponizing energy for geostrategic ends, thus eventually leading to a dangerous scenario that Moscow might… 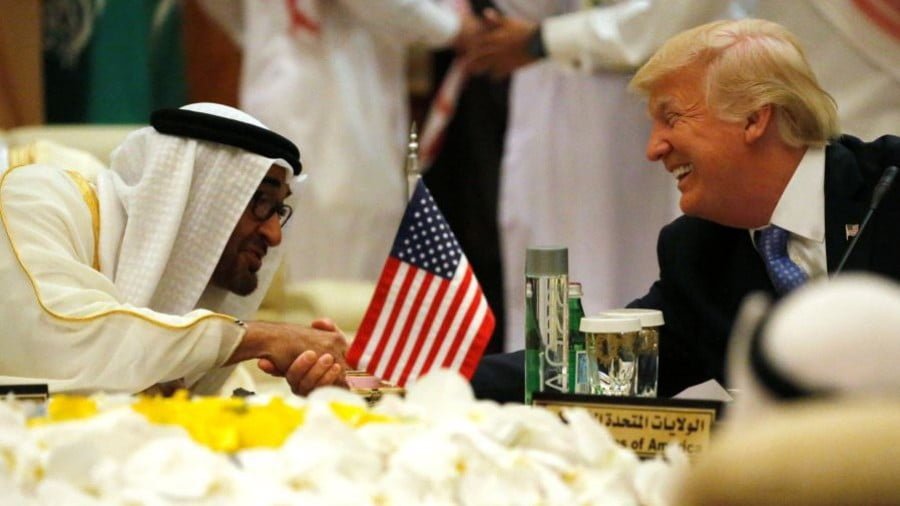 Around the time Trump announced the United States’s withdrawal from the Iranian nuclear non proliferation agreement, the Joint Comprehensive Plan of Action (JCPOA), Bolton was pushing this idea of a kind of ‘Arab NATO’ type of alliance, to take America’s place in the Middle East. Trump has been touting the idea of withdrawing American troops… 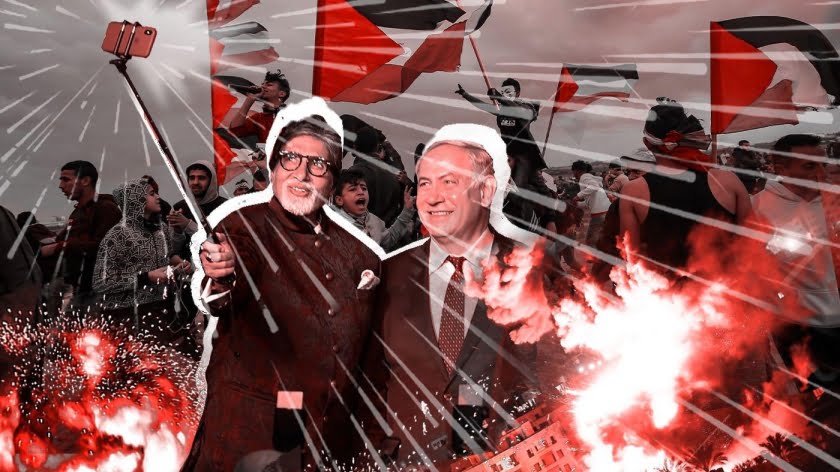 Ethiopia is in the midst of historic change but also on the edge of what some observers fear is a looming crisis ahead of the upcoming elections in May. It’s here where the country’s strategic Chinese partner can be of help, not only in sharing its own socio-political experiences, but also in continuing to invest…