Several events took place in December that demonstrated how far down the drain so many British people have gone in nationalistic zeal as regards Europe and Russia. First there was the bizarre outburst of rejoicing that the colour of the British passport is to change when Britain leaves the European Union — the looming Brexit disaster. Before becoming a member of the EU the British passport cover was dark blue, almost black, and thirty years ago it was altered to a shade of burgundy.

The intention to change back to the former colour caused Prime Minister Theresa May to tweet that “The UK passport is an expression of our independence and sovereignty – symbolising our citizenship of a proud, great nation. That’s why we have announced that the iconic blue passport will return after we leave the European Union in 2019.”

She was echoed by, among many others, a noisy little politician called Michael Fabricant who said “Our passport is an iconic statement of our nationality. The return to our traditional dark blue after Brexit is a restatement of our nation regaining its sovereignty.” The passport colour non-story was becoming more ludicrous by the minute.

Then super-patriot Peter Oborne of the Daily Mail newspaper informed his readers that “The burgundy EU passports — forced on us in 1988 — were a striking example of what made so many Britons dissatisfied with EU membership and how our sense of nationhood was being subsumed into a Brussels-run superstate. And thus 17 million of them voted to quit the EU.”

Another comical thing about this farcical fandango is that the UK’s Sun newspaper carried a headline claiming that the change was a “Stunning Brexit victory for The Sun.” It was terribly proud that “The Government has agreed to our demand to scrap the EU’s burgundy model, enforced on the nation from 1988” but didn’t bother to check that there had never been “enforcement” of any sort. And the really funny thing is that the Sun was ecstatic that “The Queen’s ‘Dieu et Mon Droit’ crest will sit on its front in gold.”

It’s hilarious, because Her Majesty’s “Crest” is also on the front of the burgundy-coloured passport. It is usually called the Royal Coat of Arms, and it escaped the attention of the rabidly anti-Europe Sun that the words are French, not English.

What was all the fuss about? Commentator Peter Oborne explained that the matter was so important because the new passport “will be a potent, everyday symbol of Britain’s independence from the EU come 2019.” Not only that, but “a passport is a symbol of nationhood… Above all, it symbolises British common values and the way we stand together. While reminding us of our magnificent past, it is also confirmation of an independent future.” How sadly pretentious.

Which brings us to Britain’s most senior diplomat, foreign secretary Boris Johnson, who told ITV News that “I think it’s a wonderful thing if people want to have a blue passport again. I remember a sense of personal loss and outrage when they were taken away. I couldn’t understand why it had happened and I remember when Jacques Delors, the former president of the European Commission, said he wanted to calm the British people down, he said, ‘We will give you back your blue passport’ and they never did. Finally it’s happened.” This was nonsense, like so many of his pronouncements.

Johnson made his passport statement in Moscow where he indicated that Britain has reverted enthusiastically to its embrace of the Cold War, and regards Russia as an enemy. Immediately before his visit he announced that Russia is “closed, nasty, militaristic and antidemocratic” which even for Johnson was a remarkably stupid public insult and, to put it mildly, undiplomatic.

Diplomacy is defined as “the profession, activity, or skill of managing international relations, typically by a country’s representatives abroad… The art of dealing with people in a sensitive and tactful way.” But in neither of these could it be claimed that Mr Johnson is either a willing or expert practitioner. His reference a few years ago to black African children as ‘piccaninnies’ was disturbing, to put it mildly, but assumption of a senior government post has not checked his crudeness. His appointment by the politically threatened Theresa May was regarded as farcical by many citizens, and his intemperate outbursts of unthinking goofiness continued to attract derision.

Maria Zakharova of Russia’s foreign ministry said that Johnson’s visit would be pointless if it was not accompanied by “real steps” aimed at improving bilateral relations, and it was indeed a futile visit, because Johnson continued to publicly mock and insult his host country’s government for all manner of alleged activities, and crassly tweeted that “Our relations with Russia cannot be ‘business as usual’… however, it is vital for international security that we do talk to each other.”

Even Johnson could not have imagined that a nation he had publicly disparaged and maligned would be prepared to engage with him, and foreign minister Sergei Lavrov made this clear when he objected to the pre-meeting “insulting and aggressive statements” and said that differences between them should be discussed privately rather than proclaimed publicly.

Britain’s next nationalistic drama was reported on December 26 after the Russian frigate Admiral Gorshkov was seen sailing in international waters. The Daily Mail headlined that “Royal Navy frigate intercepts Russian warship” as it “made its way across the North Sea menacingly close to Britain.” This nonsense was mirrored by “UK Christmas threat from Russian Navy” and the Independent went overboard (as it were) with “Britain warns Russia over naval ‘aggression’ after tracking warship through North Sea on Christmas Day.”

The Admiral Gorshkov is undergoing sea-trials which are to be completed in February 2018 and is not combat-ready. The absurdity of the newspaper reports was highlighted when retired British Admiral Chris Parry told the BBC that as regards the Gorshkov being in the North Sea “She’s perfectly entitled to do that under international law.”

One might think that this straight statement of fact would end the matter, but no. The British minister of defence Gavin William declared that “Britain will never be intimidated when it comes to protecting our country, our people and our national interests.” William is an inconsequential nonentity, but even so must be accepted as an official voice of government.

It seemed that there might be a competition in Britain to make the most stupid declaration about a complete non-event, but when the passport charade is considered together with the Johnson pantomime and the Gorshkov “aggression” travesty, a peculiar and most regrettable picture of modern British sentiment emerges. Far from all Britons subscribe to the notion that Europe is an economic threat and Russia a military one, but the fact that the government appears to have adopted a policy of bellicose ultra-nationalism is disturbing.

For the foreign minister of the United Kingdom to announce in a newspaper that Russia is “closed, nasty, militaristic and antidemocratic” is a straightforward declaration of hostility.

But who cares? Britain can’t do anything to Russia — or any other country, for that matter. 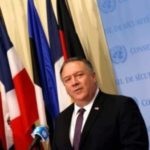 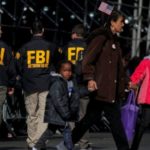 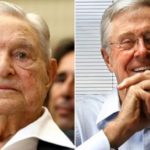