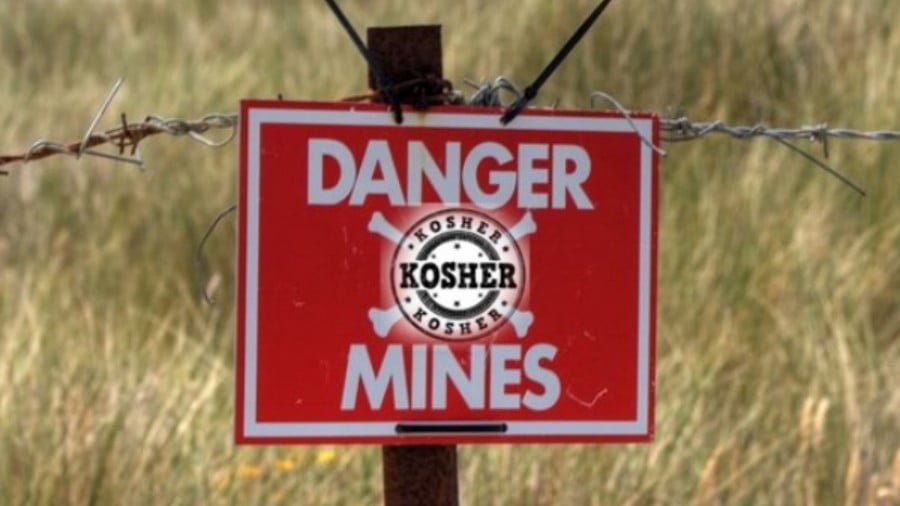 Yesterday Nick Timothy, Theresa May’s former aide, was accused of using an antisemitic slur in his article on Brexit. He co-authored a Telegraph report titled,  George Soros, the man who ‘broke the Bank of England’, backing secret plot to thwart Brexit.

Not only did Timothy not criticise Soros as a Jew, he didn’t even refer to him as a Jew. But it seems the fact that Soros is a Jew was enough to censure Timothy as an ‘antisemite.’ It took no more.

Stephen Bush wrote in The New Statesman , “The reason that many find the Telegraph’s treatment so disturbing is that Soros, who is Jewish, has been at the centre of a series of anti-Semitic conspiracies by the increasingly authoritarian governments in Poland, Hungary and Turkey.” It is mildly amusing that the banal Stephen Bush can’t see that he himself employs an authoritarian manner of thought. Unless guilt by association has become Britain’s press’ MO, the fact that some regimes not approved of by Bush or The New Statesman decided to cleanse themselves of Soros’ infiltration has little relevance to Timothy or his argument.

Bush adds that “Timothy was the author of that ‘citizens of nowhere’ speech only adds to feeling among many that the original speech was a coded way of talking about “rootless cosmopolitans”; aka the Jewish people.” This passage describes a kosherly coded minefield that we can not possibly navigate unless Bush and The New Statesman provide us with the complete newspeak lexicon.

Stephen Pollard, editor of the JC, a funny looking character who routinely squirts freedom of speech advocacy articles, explained in a tweet why Timothy is anti-Semitic. “Telegraph story is disturbing because of the use of the idea it’s a ‘secret plot.’ Soros is incredibly open about what he does. Say it’s wrong; fine. But idea it’s a secret plot is exactly the line being used in Hungary and elsewhere precisely because he is Jewish.”

I agree with Pollard that there are no Jewish conspiracies and secret plots. Jews organisations and individuals tend to do it all in the open. In the open AIPAC dominates American foreign policy. In the open the Conservative Friends of Israel do the same on this side of the pond. In the open Zionist organisations smear the British Labour Party and its leadership. In the open Daniel Janner QC, the son of alleged sex predator Lord Greville Janner, insists that he be allowed to question “fantasists” who accused his father of abuse. Finally, in the open Stephen Pollard himself describes Timothy’s legitimate argument as ‘disturbing’ because the latter refers to Soros’ ‘secret plot.’ So I wonder, would Pollard be less disturbed if The Telegraph’s title read: “George Soros, The Man who ‘broke the Bank of England’ is now thwarting Brexit.” ?

Their message for fellow journalists, commentators, academics and the rest of the Brits is clear: Jews are somehow beyond criticism. Any attempt to look into the actions of the Jewish lobby, finance, politics, Zionism and individuals will necessary lead to some severe consequences such as accusations of anti-Semitism, bigotry and racism. But ask yourself, if Soros were gay, would Timothy’s criticism be castigated as homophobic? Were Soros a woman, would Timothy’s reference to a ‘secret plot’ make him a ‘male chauvinist pig’ or an ordinary misogynist? And what if Soros were Black? Would an accusation that he was thwarting Brexit in a clandestine manner lead us to assume that Timothy is a ‘white supremacist’? We know the answers to these questions. It seems it is the fact that Soros is Jewish that leads to the ludicrous accusation that Timothy is an ‘antisemite’ who is engaged in ‘racially charged’ rhetoric as decided by The New Statesman’s Stephen Bush.

Britain is now an Orwellian Tyranny and, as in 1984, we have our Emmanuel Goldsteins — controlled opposition apparatuses set to dominate the dissent. As we see freedom of speech evaporating, it is Stephen Pollard who takes care of the so-called ‘opposition’ that advocates freedom of speech. Similarly, it is Jewish Voice for Labour , a racially oriented Jews only body, that is set to ‘break up’ any Zionist monopoly. We also have Free Speech on Israel, again a Jewish body, that was formed to dominate the boundaries of the discourse on anti Zionism. The mission is clear. ‘In the open,’ Jewish organisations and individuals are set to dominate both poles of any debate that is relevant to Jewish existence.

It is frightening to witness how quickly Britain surrendered its precious liberal values of openness and freedom. It is even more frightening to watch the vast approval granted the growing tyrannical conditions. It is fascinating that Orwell predicted it all. As I argue in my recent book Being in Time, Orwell saw it coming. He located 1984 in Britain, he identified the Left as a potentially tyrannical realm. He illustrated the deceptive role played by Emmanuel Goldstein. The only question that remains open is whether Britain can save itself and reinstate its values or whether it is doomed.